To listen to the administration and the three Democratic presidential candidates, those who are opposing the acceptance of Syrian refugees are trashing the country’s tradition of compassion if not engaging in prejudice. They accuse the 28 state governors who are trying to prevent the administration from bringing refugees into their states of pandering to the fears of misguided citizens. The calls from, as of this moment, 27 Republicans and one Democratic governor, are being put down as a politicians playing to isolationist mobs. The U.S. Holocaust Memorial Museum even weighed in on the subject saying those opposing admission of the Syrians should remember the way America failed to aid Jewish refugees before and during the Second World War. That’s a powerful argument. Or would be if the two situations were similar. But they aren’t. Those echoing President Obama’s sentiments about America’s “moral obligation” to take in the Syrians are the ones who need to take a deep breath and think about what they’re saying, not the opponents of this policy. All the rhetoric we’re hearing today about compassion needs to be balanced with a dose of common sense.

Let’s concede that the governors probably have no legal ground for opposing the resettlement of Syrian refugees in their states. Immigration is a federal responsibility and states have no power over such matters. But their calls for a halt to the entry of refugees should not be confused with other issues relation to immigration. They are not demanding that Washington build a wall along our southern border and have Mexico pay for it or suggesting that the federal government mobilize the resources needed to hunt down and deport 12 million illegal immigrants. Such fantasies do not play into this discussion. Nor, despite the attempt to frame the issue as one centering on prejudice, is the opposition driven by prejudice against Muslims.

Here are a few salient facts that those advocating the entry of tens of thousands of Syrians must acknowledge before they say another word casting aspersions on opponents of the president’s policy.

The terror threat is not imaginary. At least one of the participants in the ISIS attacks in Paris that took the lives of 129 persons and wounded hundreds last Friday was a Syrian refugee. ISIS’s goal is to replicate those attacks elsewhere, and the activities of Islamist terror groups in Europe have been facilitated by the influx of large numbers of refugees among whom their members are able to hide. How many such atrocities must take place before Americans understand that Islamists are waging a war against them and that complacency is a guarantee of more horrors to come? Nor can the president bluff his way through this issue by depicting Republicans as being afraid of “three year-old orphans.” The fact that he is sounding as if he angrier with his critics than about the ISIS terrorists — a group that he has consistently underestimated — undermines his arguments and makes Americans distrusts his complacence about the security threat.

Infiltrating terrorists into the refugee population is not difficult. The overwhelming majority of the Syrian refugees are victims of ISIS. In particular, some are Christians or members of other religious minority groups that are targeted for death by the terrorists. But given the enormous numbers of the refugees fleeing the region and the virtual breakdown of civil society in Syria over the course of the last four years of civil war, it doesn’t take a spy novelist’s imagination to see how easy it is for Islamists to slip in with the rest.

There is no way to vet the refugees. The administration’s defenders point out that entry into the United States is not as easy or quick as it has been in Europe. Those who want to come to America must wait and go through what is being described as a rigorous vetting process. But what they don’t explain is exactly how U.S. officials in the refugee camps will be able to properly judge the bona fides of applicants. The conventional methods for checking up on them are out of the question since Syria is in chaos, and the Assad regime is no more a reliable source of information than its ISIS foes. Politico reports that the Department of Defense is available to check refugee stories about their villages or towns being bombed during the fighting. But that assumes that the U.S. has a reliable record of every incident that has taken place during this largely unconventional war. It doesn’t.

Sympathy for their plight is not a reason for the U.S. government to endanger its citizens. Invoking the Holocaust or the duty of religious believers to help the homeless and the stranger are all strong inducements toward a liberal policy toward any refugee population. But the first obligation of any government is to defend its citizens. Unless and until a vetting process can be created that can reduce the chances of terrorist infiltration to a minimum — something that is virtually impossible under the current circumstances — any plan to admit tens of thousands of Syrians is a huge gamble with American security. Given the cost of failure here in terms of blood, it is irresponsible for the government to proceed any further. Moreover, the analogy between the plight of Jews during the Holocaust and the Syrians is inexact. The suffering of the Syrians is immense and demands our sympathy. But those Jews who escaped Nazi Europe were more likely to be able to prove their identities even in the middle of a world war than these Syrians.

There are more cost effective ways to help. If help for the refugees is the goal, then the enormous sums required to facilitate the entry of tens of thousands of Syrians into the United States would probably be better spent on efforts to ease their plight where they are. Instead of talking about admitting only a tiny percentage of refugees in what amounts to a drop in the bucket, the discussion should be about what the U.S. should do to improve conditions in the refugee camps. While it is understandable that Syrians, like so many other people around the world, would like to get to America, we can do more for them by making those camps livable and safe. Those throwing around analogies about the Holocaust or our duty to live up to American values would do far better to advocate allocating resources for that purpose. They might find that many of those opposing refugee entry would support them. 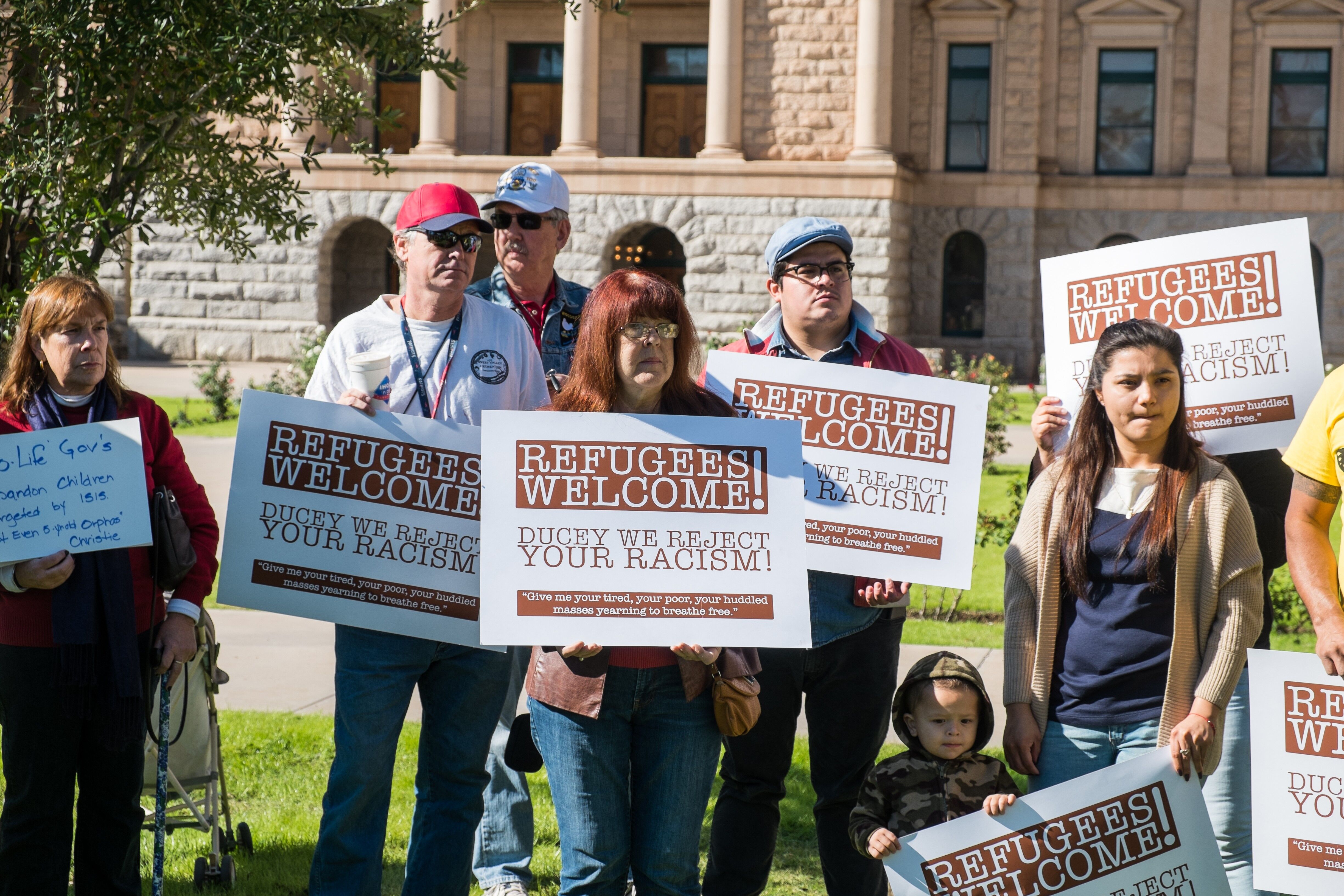