After almost a year of Donald Trump’s outrageous statements that have posed no obstacle to his winning the Republican presidential nomination, is it really worth getting worked up about one more? That’s the question we all face whenever the Donald opens his mouth. But his decision to, in Politico’s words, “triple down,” on his attack on the judge that is presiding over the class action fraud case against his defunct Trump University by raising his ethnicity, has exacerbated an issue that is both a short-term problem for the presumptive GOP nominee and a long-term crisis for Republicans.

While Trump has gotten away with insulting war heroes, branding illegal immigrants from Mexico as rapists and drug dealers, making abusive comments about women, equivocal comments about the Ku Klux Klan and inciting violence at his rallies, his obsessive attacks on Judge Gonzalo Curiel are worrisome to Republicans because they illustrate two clear problems with his candidacy. The first is an unwillingness to adapt to the needs of a general election campaign by creating a more disciplined campaign. The second is Trump’s belief that he will pay no political price for explicitly racist comments in the same way he got away with a host of other remarks up until now.

Like every previous gobsmacking moment from Trump up until now, it is a fool’s errand to declare any statement from the billionaire to be a turning point in this election. Whatever foolishness passes his lips, it is generally followed by some new gaffe that diverts our attention and generates the same glee from his followers and futile cries of indignation from opponents. But Republicans — both those who have supported him all along and those who have reluctantly and grudgingly gotten on his bandwagon recently like Senate Majority Leader Mitch McConnell and House Speaker Paul Ryan — had to be alarmed by the way Trump has refused to stop talking about Judge Curiel. He reached a crescendo on Friday when during the course of an interview with CNN’s Jake Tapper, Trump expanded on his previous attacks on the judge by declaring that he was ruling against him because “he’s Mexican.”

According to the count of the Washington Post’s Callum Borchers, Tapper attempted to follow up on that assertion 23 times in the interview as Trump characteristically filibustered away and repeatedly contradicted himself. But Tapper did get to the heart of the issue when he noted that if Trump’s argument was that a federal judge couldn’t do his job because of his ethnicity, “isn’t that the definition of racism?”

Trump went on endlessly about how he had been wronged in the case and how unfair rulings that allowed the lawsuit to go forward were unfair. The fraud allegations, which present the unappealing spectacle of a billionaire scamming ordinary citizens out of their savings, are a liability in and of themselves. Trump’s inability to stop talking about the case is a problem but his decision to try to smear the judge and to allege that he is biased merely on the basis of his ethnicity, lands him in dangerous territory.

In a sense, the comments are just Trump being Trump. As I noted last week, Trump has no specific agenda to destroy the independence of the judiciary that some observers think is the intent of his remarks. Rather, it is just another example of his belief that anyone who criticizes, thwarts him or in any way fails to do his bidding may be slandered and abused. This authoritarian instinct is applauded by many on the right who have always longed for a leader with the will to attack liberals with the same sort of ruthless disregard for the truth that the left has used against conservatives. Trump’s willingness to discard common decency in the pursuit of revenge on anyone that won’t fawn on him is disturbing enough. But this specific example hinges on the notion that a person may be judged solely on their background, an attitude that is a throwback to the sort of casual belief that race is the correct prism through which to view every question about humanity that was commonplace a century ago.

This is not a question of merely offending political correctness. The idea that a federal judge can be considered inherently biased merely on the basis of race, ethnic background or religion is the sort of thing that was supposed to be part of the American past, not its future. Trump may see this solely from a personal perspective in which a man who displeases him may be hit with whatever club is to hand, but this is not a point on which any presidential candidate, even one running as an anti-immigration populist can reasonably expect to succeed in the 21st Century. Though most have us have lost our ability to be shocked by Trump, his willingness to keep talking and talking about Curiel as a Mexican is still surprising.

It is true that Trump’s faithful followers love him for his willingness to batter opponents, and they are no more bothered by these comments than anything else he has said. But this episode is still significant.

The first point to be gleaned from this is that it shows that the expectation that the Trump campaign would become a more conventional and professional operation was misplaced. It remains a one-man band that is guided by nothing but the candidate’s obsessions and temper. In a year where all the rules have been broken it’s theoretically possible that he can get away with this in a general election campaign but with the full force of the Democrats starting to be unleashed on him — rather than just the uncoordinated attacks of Republican rivals — this is a problem.

For example, some Republicans defended their candidate against Hillary Clinton’s devastating personal attacks on Trump last Thursday in a speech whose purpose was to demonstrate that he couldn’t be trusted with nuclear weapons. They struck back by pointing out — not incorrectly — that her foreign policy record is also highly questionable. But none of them were able to dispute the points she raised about Trump. Similarly, no Republican voices were raised in defense of Trump’s attacks on the judge. To the contrary, McConnell and Ryan condemned them. That makes it clear that merely pointing out Clinton’s weakness won’t suffice if Trump keeps doing things that reinforce Democratic talking points. For all of Trump’s strengths and Clinton’s weakness, this is a pattern that bodes ill for his campaign.

Just as important is that by tripling down on racially tinged attacks on a sitting federal judge Trump is confirming the worst stereotypes that Clinton was trying to pin on him. It also raises the stakes for Hispanic voters and could help generate the sort of massive turnout from this growing community that will make a Trump victory far less likely. If minorities (along with young people and women) vote in the same numbers for Clinton that they did for Obama, it won’t matter how much he increases the Republican share of the white male vote in November. By making this election about race because of an ill-considered reflex to attack and discredit a judge who won’t do him a favor by dismissing an embarrassing lawsuit, Trump is playing right into the Democrats’ hands. In doing so he could also be sealing the GOP’s fate with Hispanic voters — the fastest growing demographic slice of the electorate — in future elections.

Trump has proven himself to be a genius at marketing and manipulation of the media as well as having a keen understanding of the fragile psyche of the Republican base that longs for a champion to vent their rage against liberals and even their own party’s leaders. But by failing to understand that his impulse to smear Curiel is pretty much the textbook definition of racism, Trump is also doing something that is the definition of political foolishness. 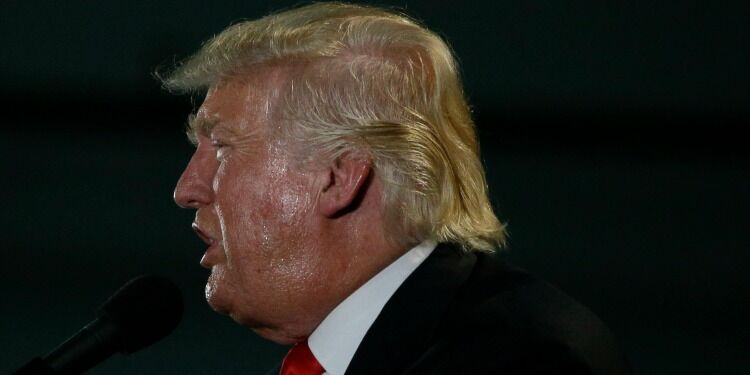