Hillary Clinton’s supporters are about as interested in her email scandal as Donald Trump’s fans are in the details of his tax returns. But anyone who is wondering about what a prospective Clinton administration would be like would be well advised to read Politico’s detailed analysis of the notes released last week by the FBI from their investigation of the former secretary of state’s cavalier use of emails.

While the notes, which were dumped on the public late on a Friday in a manner in that made it plain that the Justice Department is complicit in trying to divert attention from her credibility problems, are missing a lot of pertinent information but they do give us some fascinating insights into the dysfunctional nature of the Clinton State Department.

The Politico deep dive into the FBI notes gives us a lot of information on Clinton’s management style or, to be more accurate, how her inner circle manages her. The stories about her technophobia aren’t by themselves disqualifying, but they do illustrate how oddly out of touch she is not only with technology but how information is transmitted in the Internet era. The back and forth as her top aides maneuver around her whims and play fast and loose with secrets shows what the FBI points out was already a State Department that had a culture that treated keeping secrets that seemed more in keeping with the 19th century when gentlemen assumed that other gentlemen didn’t read each other’s mail than the 21st.

What also comes across is that how Cheryl Mills, Huma Abedin, and Jake Sullivan simply didn’t think they should be prevented from doing things because of rules. Their sense of self-importance — the hubris that often seems to go along with government power — mixed in with the Clintons’ characteristic belief that their self-proclaimed good intentions allowed them to do as they liked. These are people who think they are so important that they should not be constrained but such minor considerations as the possibility that stepping outside the government’s secure system compromises American security.

The notes also make plain that others in the State Department were aware of how dangerous the Clinton gang’s approach to security had become. One State Department official said it was “business as usual” for the secretary and her cronies to communicate sensitive matters via the government’s unclassified email system. One interpretation of the facts is that her staff wasn’t “actively covering up Clinton’s paper trail” but that, distracted by the press of events and duties, they were just “uninterested in the details” of record-keeping that would keep them in compliance with the law. But given the care they all took to avoid being held accountable, that generous explanation that seemed to be the guiding principle of the investigation is hard to swallow.

But while the Politico story does provide a riveting blow-by-blow of the investigation and a lot of the details it uncovered, the problem is that what it omits from the story of the email scandal is just as if not more important. The explanations about why Clinton chose to shield her emails given by aides fall flat. Left out is the well-known Clinton passion for secrecy and the need to avoid transparency. Also missing is the connection between Clinton Foundation business and donors and the same people being investigated. Nor does this document dump tell us about the tens of thousands of deleted emails or why the Clinton gang got away with destroying evidence that was under subpoena from the House of Representatives. We also don’t know why the investigation was carried out in a way that is different from any normal criminal probe in which Clinton was interviewed last and allowed to bring a key witness—Mills—with her. Nor are there explanations for the offers of immunity.

But leaving aside every other consideration, what the FBI has given us is an idea of how these same people—the out of touch boss and the self-important aides—will function when they all move into the West Wing next January in the event that Clinton defeats Donald Trump. Of course, Trump’s staff—or lack thereof—and the byzantine doings of Trump Tower would probably provide reading that is just as scary. But what we do know from all of this is that a Hillary Clinton administration will probably be flying by the seats of their pantsuits when it comes to security. No matter what you think of Trump, that’s a sobering thought. 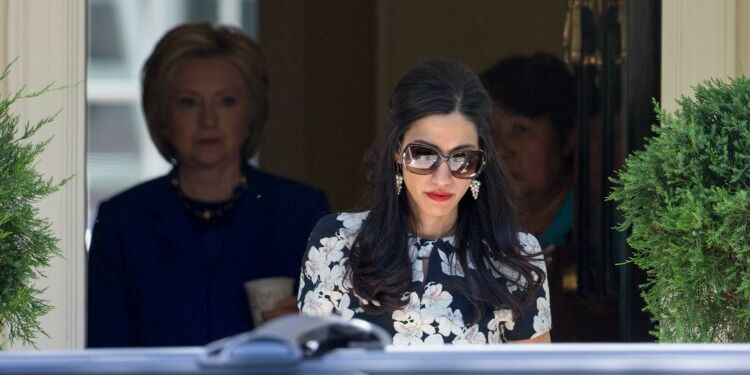