In recent days, the open warfare between members of the Trump palace guard and Mitt Romney is providing the political press with some free entertainment as they wait for the president-elect to decide who becomes his secretary of state. There’s a more important story here. The leading candidates all have one thing in common: from Romney to Giuliani to Bolton to Petraeus, they are proponents of the sort of internationalist foreign policy candidate Donald Trump opposed. If one of them gets the nod, the real losers will be advocates for the sort of neo-isolationist approach to dealing with the Middle East and Russia Trump advocated throughout the campaign.

We know that is true of Romney, whose attempt to focus on the threat from Russia during his 2012 campaign was mocked by President Obama. Trump’s belief in a new détente with Russia and his flirtation with abandoning America’s Article Five NATO treaty commitments has already caused concern in the Baltic republics. But the contrast between Romney’s stated foreign policy positions and those of Trump are no less stark than those of Giuliani. The former mayor was a fervent advocate of the George W. Bush approach in the Middle East. Indeed, Giuliani has an even longer record of support for the kind of internationalist foreign policy and belief in global trade than Romney.

The record of Petraeus—the current dark horse third alternative—as a commander in Iraq and Afghanistan and Obama’s CIA director also places him in opposition to Trump’s mindset. Nor do any of the other possibilities, including former UN Ambassador John Bolton (a COMMENTARY contributor) or Senator Bob Corker (a traditional Republican) provide a choice that would give Trump someone at the State Department who shared his views.

Given that Trump is likely to be far less interested in policy details than most presidents, all of this suggests his administration will have far more in common with his Republican predecessors on foreign policy than anyone might have imagined. 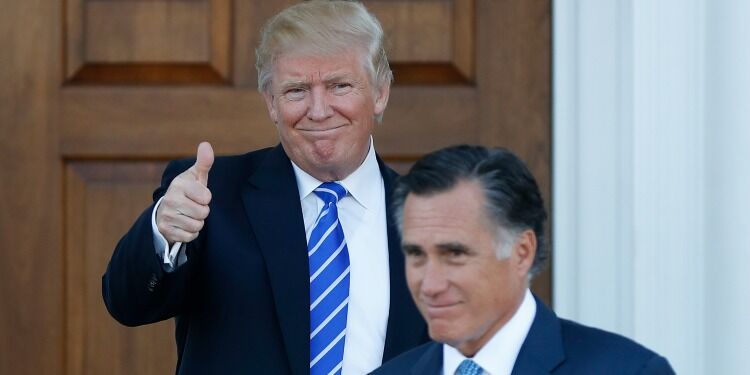