Tomorrow’s South Carolina primary will be a crucial moment in the Republican presidential race. But if you’re looking to pollsters for guidance as to what will happen, lots of luck with that. There was very little polling done in South Carolina until after last week’s New Hampshire primary. But in the last five days, eight major polls have been released, and the results are, to put it kindly, variable.

Donald Trump is ahead in all of them, but as to the size of his lead or where the other candidates will come in, your guess is as good as mine. Ted Cruz is in second place in seven of the polls, but as to whether he is closing in on Trump or not, that depends on which polls you’re reading. The same applies to the question of whether Marco Rubio is surging to catch up with Cruz or is stuck in a distant third. In three of the eight recent surveys, Jeb Bush is in fourth place. He is close to Rubio in three polls, but a distant challenger stuck in single digits in the other five. Two of the six show John Kasich in double digits and within hailing distance of third place, but otherwise getting a dismal showing. Ben Carson does poorly in all eight, but he vaults over Kasich and Bush to escape last place in one of them.

That’s cold comfort for those who wish to rely on polling. As I wrote before the first contest in Iowa, polls have been notoriously unreliable in recent years and the last few weeks haven’t restored our faith in them. But once the South Carolina results come in, Republicans will ask whether, at long last, their party can coalesce behind one or two clear alternatives to Trump. However, the outlook for such a winnowing is as murky as the pre-primary polling.

If you follow the reports coming out of the Jeb Bush camp, it’s starting to sound as if the rats are beginning to leave the former Florida governor’s sinking ship. Nothing has worked for Bush this week. A better debate performance and the appearance of former President George W. Bush didn’t lift Jeb much in the polls. Marco Rubio’s comeback from his poor showing in New Hampshire following a bad debate there is a body blow to Bush’s chances. South Carolina Governor Nikki Haley’s endorsement of Rubio, something Bush had sought to get for himself, may be the last straw for his hopes.

But the depth of Bush’s resentment toward his former protégé Rubio is so great that it’s not clear whether he will finally take no for an answer from the voters and get out of the race after tomorrow night if, as anticipated, he finishes far out of the running even for third place.

Kasich, the other candidate vying for the mantle of the moderate conservative/establishment lane is even less likely to leave after South Carolina. After his second place finish in New Hampshire, he’s likely to stay in until next month’s contests in Michigan and Ohio, no matter how badly he does in the south.

Nor is Ben Carson likely to end his futile quest for the presidency after his third consecutive drubbing. The talk of Iowa being stolen from him — a nonsensical claim but which he is holding onto out of resentment against Ted Cruz – may be enough to sustain his candidacy for a while even if it is clear that nothing will be able to revive his hopes.

That’s a real problem for Republicans who want a nominee not named Trump.

I noted as far back as last August after the new frontrunner had survived his first few gaffes that it wasn’t too early to start a stop-Trump movement. But six months later, it’s fair to wonder whether it’s already too late. Trump has seemed to hit a ceiling in his poll numbers. He may be consistently winning pluralities in virtual every demographic slice of GOP voters but seems locked into about a third of the vote with no sign of gaining votes from the backers of the candidates that have so far dropped out of the race. Polls show him consistently losing head-to-head matchups against Cruz and Rubio. But so long as the opposition to Trump is split three or four ways, he can continue coming in first. That will be crucial once we get to March 15 and the start of primaries where delegates will be awarded on a winner-take-all basis rather than being split as is the case with the early voting states. If he still faces a divided field then, his nomination may be assured.

As Matt Bai wrote persuasively this week in Yahoo Politics, the turning point in this contest may have already been reached. Had Marco Rubio emerged out of New Hampshire as the consensus establishment candidate, the race would have quickly become a three-way affair in which Trump’s dominance would no longer be assured. But Chris Christie’s kamikaze attack on Rubio in the last debate before the primary derailed the Florida senator’s campaign and allowed Kasich to finish second and for even Bush to claim a pyrrhic victory because he snuck in ahead of his former friend. The persistence of that pair may mean that unless Rubio scores a smashing surprise in South Carolina by finishing second, Bush won’t leave. And even if Jeb quits, Kasich still won’t give up.

We will eventually get down to two or three Republican candidates. But the only way Republicans can be sure that a newly minted conservative that even now still spouts positions on foreign policy and entitlements that sound like recycled Obama talking points, will be if that happens in the next few days.

Whoever it is that wins second or third, the aftermath of South Carolina should be the moment where Republicans sit down with fourth, fifth, and sixth place finishers and ask them to do the right thing for the party. If they don’t, the only winner will be Trump. 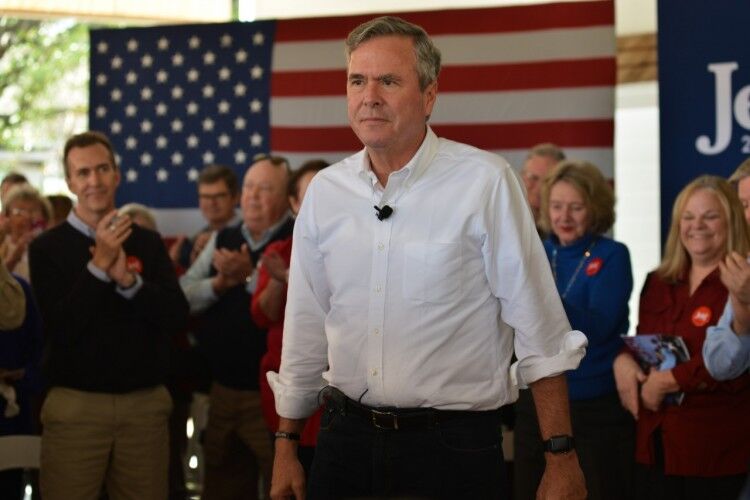