Donald Trump may not know much about a lot of important policy questions and, despite his simplistic blather about American greatness, take stands on trade and foreign policy that are antithetical to the best interests of the United States. But it’s once again time for us to bow in homage to his political skill as well as his good luck. The possibility of a debate between Trump and Bernie Sanders that started with a challenge on the “Jimmy Kimmel Show” and which ought to be the top political story of the day – even on the day that he formally clinched the nomination by getting past the 1,237 delegate mark — isn’t just yet another example of the Donald winning a news cycle. It’s an example of how he is cleverly undermining his already floundering general election opponent Hillary Clinton.

Clinton probably thought she was being clever when she decided she didn’t need to make good on her promise to debate Sanders one more time before the California primary. After all, why should she? Though Sanders and his supporters are doing their best to make her life miserable for as long as they can, there isn’t any doubt about who is going to win the Democratic presidential nomination. Debating Sanders would just give his quixotic quest more oxygen at a time when she needs to put him to sleep as soon as possible. But this seemingly smart play has set her up to be sidelined in what could be one of the epic political events of the century — a Trump-Sanders debate.

It’s entirely possible that Trump-Sanders would have as big if not a bigger audience than the eventual official presidential debates in the fall with Clinton. Make no mistake about it. If the Trump-Sanders matchup takes place, it won’t matter much who wins, if indeed there can be a winner with two such different and controversial candidates. But we know who the loser will be, and her name is Hillary Clinton. She would not only be sidelined, but eventually judged in her own debates with Trump not only against the GOP candidate but also measured against how Sanders performed.

Why is Sanders doing this?

He may actually still be holding onto some remote hope that if he demonstrates Clinton’s vulnerability or if some outside event, like the investigation into those emails he never wanted to talk about takes her down, that he can actually become the Democratic nominee. But even if Sanders doesn’t think that — and he shouldn’t since there is no realistic scenario short of an ACME-brand anvil falling on Hillary’s head that could prevent her from being the Democratic nominee — he is determined to press the fight against Clinton and the Democratic establishment as far as he can. The attention and the credit he will get from challenging the Democrats’ bête noire in person will be immense and might actually help him win the California primary even if such a victory can’t possibly garner him enough delegates to prevent Clinton from winning the nomination.

As much as a debate with Trump may puff up Sanders, it will be even more helpful to the Republican nominee.

Though Sanders will attack and prod him, the two will largely talk past each other. Sanders can’t “expose” Trump as Democrats hope he might because Trump was exposed as clueless countless times in debates with other Republicans without it having much impact on his popularity or support. His confident and contemptuous demeanor and a willingness to say outrageous things will continue to keep him afloat. But by elevating Sanders in this manner, he will be diminishing Clinton, who would be a spectator to the fight of the century rather than a participant. She would be immeasurably diminished by this and, combined with Sanders’ continuing attacks and the increasing possibility of a chaotic Democratic convention where his left-wing supporters will create strife on issues like Israel, enter the general election at a distinct disadvantage.

How much of an impact would a Trump-Sanders debate have on the eventual outcome in November?

Let’s concede that nothing that happens in May or June can decide a general election. But it would be a blow to Clinton and one that she’d have to waste weeks recovering from and make Sanders even more of a nuisance that he was already.

But it also illustrates that, despite his being a swaggering, vulgar bully who has unleashed terribly negative nativist and isolationist forces into the political mainstream, Trump is clearly the most able politician left in the race. Part of his brilliance stems from his willing to think outside of the box since a more conventional candidate might have shrunk from the risks accepting a debate challenge against someone like Sanders with nothing to lose. As disreputable and vulgar as his tactics have been and as bad as they are for the country and its standing in the world, nobody should doubt that Trump knows what he’s doing in this campaign.

This presents the Democratic Party with a massive problem. If they had any influence or leverage over Sanders, they would need to use it now to get him to back away from a Trump debate. But with Sanders in open revolt against the Democratic National Committee and even backing a primary challenger to its chair Representative Debbie Wasserman Schultz, it’s clear they have none.

Clinton needs to see if she can take back her refusal to debate Sanders in California on Fox News pronto and hope that spikes any thought of a Trump-Sanders matchup. But given that Sanders would get far more mileage out of a debate with Trump it may be too late to put that genie back into its bottle.

Only a few weeks ago, this looked like a general election matchup that Hillary Clinton couldn’t lose. But her ethical problems and inability to put away Sanders has crippled her far more than her camp or even many of her opponents thought possible just at the moment when Trump started to gain some momentum by consolidating GOP support behind him.

Demography in the form of female and minority voting blocks that Trump has alienated and the Electoral College’s tilt to the Democrats are still factors in Hillary’s favor. But Democrats need to come to grips with the fact that, while their candidate may be more knowledgeable about policy than Trump, she is hopelessly outmatched in terms of political skill and it’s unlikely that this will be the last time Trump shows he can run rings around her. That’s why the recent shift of the polls in Trump’s favor may not be misleading. This election may be far more of a problem for Democrats than anyone on either side of the aisle could have imagined. 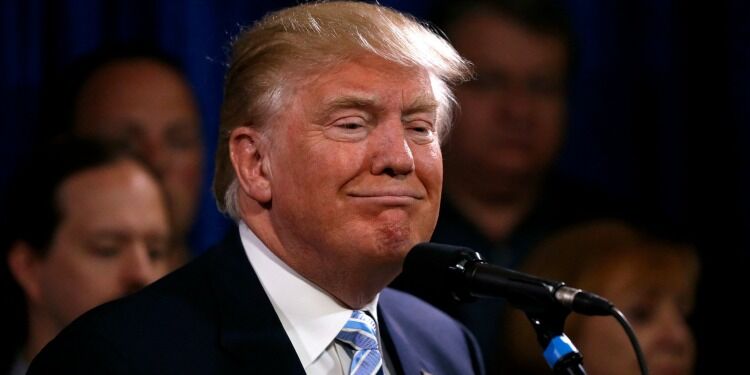