During the course of the foreign-policy address Donald Trump delivered last week there was one glaring omission. By that I don’t refer to the logic or coherence that was sadly missing from his scripted yet still deeply muddled speech. Instead I refer to the Middle East peace process. The speech had contradictions galore but made no reference to this foreign-policy issue, on which he had previously said a lot. But Trump returned to the topic this week in a campaign stop in Indiana, where he may lock up the Republican presidential nomination today.

In Indiana, he didn’t repeat his line about being “neutral” between Israel and the Palestinians, but he made clear that his ambition to cut the Gordian Knot of Middle East peace is every bit as great as his obsessions with walling off the United States from Mexico and inciting a trade war with China. That in and of itself ought to worry friends of Israel as well as anyone who clings to the idea that a putative Trump administration would be substantially different from a Hillary Clinton presidency.

“I am going to try and make that deal just because — man, would that be a beauty – if you like deals. I like deals,” the Republican presidential front-runner said at a rally Sunday in Terre Haute ahead of Tuesday’s Indiana primary, according to Jewish Insider.

“A lot of my Jewish friends say, ‘You will never be able to make the deal’ because there are so many years of hatred, especially on the other side,” Trump added. “You know, they [the Palestinians] grow up as young children hating, hating, hating Israel. I think the deal can be made. But we got to be smart, and we got to use our best people; gotta use me, but you got to use our best people. And I know the best people.”

There’s a lot to unravel here but the main takeaway from this promise is that in this respect Trump appears to be have the same malady with which President Obama and Secretary of State John Kerry are afflicted: hubris.

Trump may think he invented the “art of the deal” and that he is the unchallenged expert on the subject, but he’s not the only one with a messianic view of his own negotiating skills. Obama and Kerry feel the same way about themselves. That is why, despite the counsel of wiser heads who tried in vain to convince them that nothing good would come of further efforts to forge a peace that the Palestinians don’t want, both plunged ahead.

Obama thought the key to his success would be twofold. On the one hand, the president believed that the magic of his personality and the historic nature of his presidency would sweep all obstacles from his path much like the oceans that he thought would recede during his presidency. On the other, he thought his brand of neutrality, in which he would create more daylight between Israel and the United States would entice the Palestinians to make peace. Both of these assumptions were unfounded. No one in the Muslim world was impressed with Obama’s desire to befriend them and the Palestinians didn’t care how much the president tilted the diplomatic playing field in their direction. Not even the supposedly moderate leader of the Palestinian Authority Mahmoud Abbas was prepared to recognize the legitimacy of a Jewish state no matter where its borders were drawn.

Kerry, who was unleashed on the region in 2013 to make peace, did just as badly. Kerry’s dogged determination to keep negotiating was successful with Iran because it stood to gain from a nuclear deal that would give international recognition to its program and ensure its ability to create a bomb in a decade. But he was no more able to get the Palestinians to budge than any of his predecessors.

What then would Trump bring to Middle East negotiations? The answer is apparently nothing but his blind faith in his own magical abilities; this resembles nothing so much as Obama’s similarly high opinion of his own capabilities. It is possible that Trump would hire “the best people” to help in foreign policy though most of the really talented people in that world have already said they want nothing to do with an administration whose guiding principle would be to recycle discredited “America First” isolationism. But let’s understand that “the best people” have already spent decades working in both Republican and Democratic administrations with the same goal. The problem isn’t the lack of American negotiating skill or knowledge of the region (though both Trump and Obama labor under their own separate delusions about the region).

Trump thinks this is a real-estate deal that can be solved with the right amount of pressure, bravado and incentives. But the problem is that one side of the negotiation doesn’t want a deal because any such pact would be incompatible with a national identity that is inextricably linked to the war on Zionism and Israel. That’s what his “Jewish friends” are trying to tell him but since an admission that a deal would be beyond his reach is unacceptable to a man with such a gargantuan ego, he won’t listen. The same was true of Obama in 2009 when he took office weeks after Abbas rejected Israel’s offer of a Palestinian state that would include almost all of the West Bank, Gaza, and a share of Jerusalem.

But, even if this is true, what harm would come from Trump trying and failing? The answer is plenty. Just as was the case when negotiations pushed by Bill Clinton, George W. Bush, and Obama failed, the Palestinians would feel emboldened to engage in more terrorism. The blame for the failure would, as it always has, be placed on Israel because the result of a stalemate would be the current unpalatable status quo that leaves the West Bank in diplomatic limbo. Every failed negotiation has strengthened the international community’s support of the Palestinians and further isolated Israel. Despite his avowed good intentions, Trump’s adventure would likely produce the same result. More bloodshed and more anti-Israel agitation throughout the world would be inevitable.

There is also the danger that the failure would anger Trump. His fragile ego would make him lash out and, while one would hope those with influence on him would help direct that rage at the Palestinians, who can be sure what such an unstable character with no real knowledge of the conflict would wind up doing? It’s just as likely as not that he will do as Obama has done and blame the Israelis for not somehow making enough concessions to satisfy Palestinians who won’t make peace at any price. His scripted speech to AIPAC seemed to promise a rational policy, but a man that plans on being unpredictable can’t be depended upon.

A wise president would understand that Middle East peace is not a matter of deals or negotiating skill but a historical process. Until there is a sea change in the political culture of the Palestinians that will enable their leaders to accept Israel as a Jewish state and to end the conflict for all time, more diplomatic activity can only make an already bad situation worse.

Would Clinton make the same mistake? Given the sort of people she would hire to run her foreign-policy team, it’s hard to argue that she wouldn’t. She, too, is compromised by her role in the Obama administration and her own past advocacy for the Palestinians. Her famous embrace of Suha Arafat after she advocated a blood libel against the Jews should not be forgotten. Nor should her vicious attacks on Prime Minister Netanyahu delivered on Obama’s behalf. But we also know that she was sufficiently cautious during her four years at the State Department to avoid the kind of errors that Kerry has made. More caution is needed about trying to make peace between Israel and the Palestinians from the next administration no matter who is leading it. It’s an open question as to whether a President Hillary Clinton will repeat the mistakes of her predecessor. Unfortunately it appears that Trump is hell bent on doing just that. 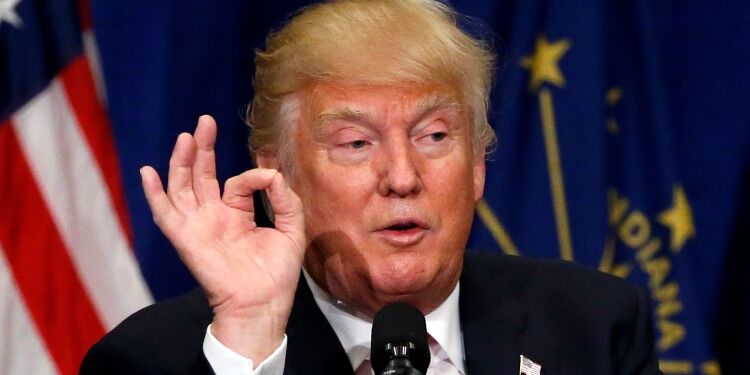