Now that Donald Trump has betrayed his most fervent supporters on the one issue we all thought they cared most about, the question we should now be asking is: What exactly has been driving the Trump movement? Is it a genuine revolt of the grassroots against what we have been told was the sense that Republican elites and the political establishment had betrayed them? If so, Trump  now doing exactly what other politicians always do—change their tune once it becomes expedient rather than sticking to his position on a core issue—ought to mean his supporters will abandon him in droves. But so far that doesn’t appear to be the case.

We know that Trump’s band of beleaguered surrogates will tell us that this isn’t a flip-flop. But that’s their job. If Trump’s non-professional fans prove to be willing to swallow immigration amnesty from him, then how could their movement really be a reaction to insufficiently zealous congressional conservatives caving to President Obama and unwilling to fight hard to prevent the very thing their candidate is now saying he’ll consider?

Remember that many of the same people who said their anger about Obama’s stimulus was what led them into the Tea Party revolt proved willing  to back a candidate like Trump, who proposed his own stimulus that might cost even more. If he’s now willing to let illegals stay via proposals indistinguishable from the ideas Trump supporters have denounced as the moral equivalent of treason, then we have to assume his people are entirely unmoored from issues and back him for other reasons.

If Trump betrays his troops on deporting the illegals, he’ll do it on trade if necessary, and anything and everything else. This is a populism without principles driven by cultural resentments and anger about political correctness in which specific policies and issues are merely a vessel for anger rather than its cause.

The one consistent factor in Trump’s popularity is that it grew, rather than contracted, every time he offended some group or said something that smacked of racism or demonstrated disrespect for the things everyone else held sacred. Absent a revolt among the Trumpkins this weekend, we will now have to assume the only thing that really matters to his people is whether he is giving the finger to the Establishment, no matter the policy. 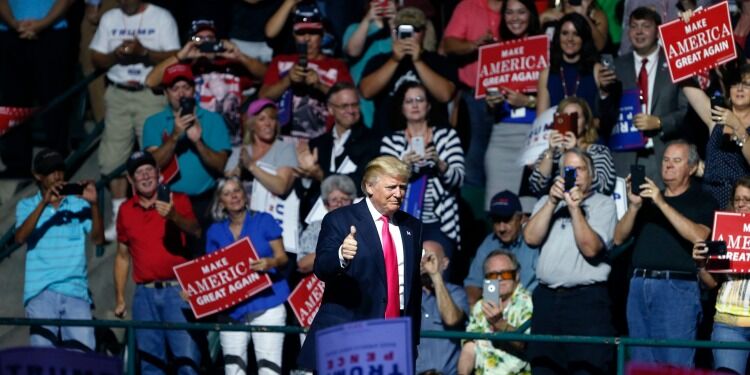