A lot of people in Israel are both shocked and outraged. The response from some American Jews as well as the U.S. foreign policy establishment could best be described as dumbfounded. By appointing Danny Danon, a harsh opponent of the idea of a two-state solution to the conflict with the Palestinians, as Israel’s new ambassador to the United Nations, Prime Minister Benjamin Netanyahu has seemingly validated criticisms that claim he doesn’t care about peace. The thought of putting Danon, a man best known for his hard-right politics, shoot-from-the-hip style and ferocious ambition seems just about the opposite of what Israel or any nation needs representing it at the United Nations.

As David Horovitz writes in the Times of Israel, Danon’s loose lips stand to complicate Israel’s relationship with the Obama administration at a time when it is already in crisis. Perhaps just as troubling is the possibility that he could further damage Israel’s image with a large number of American Jews who wrongly blame Netanyahu for the lack of peace with the Palestinians. But as bad as this looks — and on the face of it, this looks like a terrible decision — sending Danon to the UN may not be the dumbest diplomatic strategy ever tried by Israel.

The most obvious motive for this seemingly inexplicable move seems to be political.

Danon has spent the last few years being a thorn in Netanyahu’s side. He has been telling anyone who will listen — including the readers of Politico — that he and the rest of the Likud would never accept a two-state solution imposed on the nation by Secretary of State John Kerry. That contradicted Netanyahu’s efforts to demonstrate a willingness to negotiate even if he was not willing to make the kind of concessions that the U.S. wrongly felt would convince the Palestinians to make peace. In fact, Netanyahu fired Danon as deputy defense minister last year during the war with Hamas for mouthing off about what he felt was an insufficiently tough approach to the Islamist terror group. That Danon was willing to criticize the government that he was himself part of at a time of war was shocking. It demonstrates that he is a loose canon with poor judgment that is always in business for himself.

So why then would Netanyahu reward Danon with a plum diplomatic assignment?

The answer is that by doing so, he gets one of his fiercest internal critics safely out of the Knesset, the Cabinet (where Danon currently sits), the Likud caucus, and his hair. Netanyahu has always prioritized his personal political survival and this appointment removes from Jerusalem someone who makes no secret of his desire to replace the 65-year-old prime minister who is serving his fourth term as Israel’s leader.

But there is another way of looking at the appointment that makes it seem a bit more defensible.

Netanyahu may actually be counting on Danon’s ambition causing him to avoid saying stupid things or starting needless quarrels. After all, Netanyahu’s own rise can be dated to his tenure in the same UN post from 1984-88. By giving him the opportunity to demonstrate a grasp of foreign affairs that goes beyond slogans — a prerequisite if he is ever to have a realistic chance of becoming prime minister — Netanyahu may be hoping that Danon will behave in a manner that will do his country credit. Indeed, Danon’s promise to faithfully represent Netanyahu’s policies, including a two-state solution, seems to indicate that he is probably more interested in getting ahead than ideological purity.

Perhaps Netanyahu may also be thinking that having as one of its chief spokespersons someone who can articulate Israel’s case in a non-defensive manner won’t harm Israel. For decades, too many professional Israeli diplomats have de-emphasized any mentions of Israel’s rights in the conflict with the Palestinians and spoken instead only of its security. That enabled them to fit in better among their fellow diplomats at world forums, but it created an unbalanced discussion that favored Israel’s enemies. In any debate between those who claim their rights and those that only talk of wanting to be safe, the former always prevail in the court of international opinion.

In the last two years, Netanyahu has rightly sought to change that by appointing ambassadors with more forthright styles. It is a matter of opinion as to whether that approach is working. But those who claim that those who speak for Israel must only discuss the desire for peace and compromise must account for the fact that the last 20 years of peace processing and Israeli concessions has only worsened its international image rather than helped it.

However, if Danon is to do more good than harm at the United Nations, he’s going to have to do two things.

The first is that Danon will have to keep his word about defending Netanyahu’s policies rather than his own at the UN. That means pointing out that it is the Palestinians who have consistently rejected peace and that they need to recognize the legitimacy of a Jewish state no matter where its borders might be drawn in order for talk about two states will be possible. The other is to learn how to speak to non-Orthodox and liberal American Jews in a way that shows respect for their point of view and a willingness to listen.

If he can’t do either of these things, his tenure in New York will be short. But those who worry about Danon alienating the Obama administration are over thinking the problem. Obama has already crossed the Rubicon on relations with Israel. With Washington clearly looking to downgrade the alliance with Israel as it pursues détente with Iran and perhaps a new peace initiative with the Palestinians, it won’t hurt to have an Israeli at the United Nations that won’t be afraid to point out the truth about Palestinian intransigence or Jewish rights.

Even in the best-case scenario, Danon isn’t likely to be as successful as his distinguished predecessor Ron Prosor and Israelis and their friends may be forgiven for thinking he isn’t the right person to replace him at the world body. But Israel’s problem right now is the attitude of the Obama administration and the likelihood that relations will worsen even after the fate of the Iran nuclear deal is decided. The identity of their UN ambassador is the least of their worries no matter how good or bad Danon turns out to be in his new job. 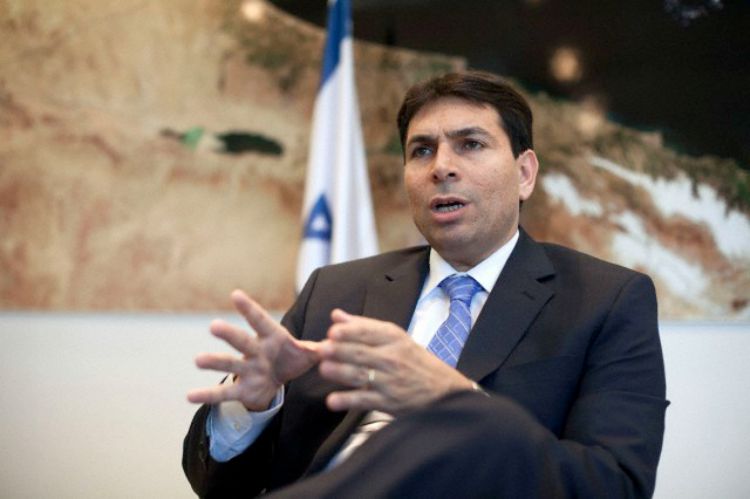