Palestinians are celebrating the latest vote by UNESCO—the United Nations Educational, Scientific, and Cultural Organization—to treat Jerusalem’s Temple Mount and the Western Wall as solely Muslim holy sites. Though, as I noted last week, support for their efforts to deny Jewish history is declining, for both the Palestinian Authority and Hamas, the votes are a key element of their ongoing diplomatic campaign to isolate and delegitimize the Jewish state. But though both they and Prime Minister Netanyahu’s left-wing critics are quick to seize on this as proof they are winning, the pyrrhic nature of this victory is becoming more obvious with each passing day.

That’s not just because shortly after the UNESCO board approved the offensive resolution, the organization’s director-general issued a statement rejecting its premise and condemning it as unhelpful to the cause of peace. Nor is that evaluation solely due to the fact that Mexico announced that it disavowed its vote for the measure or the subsequent news that Brazil also said it would not back similar resolutions in the future. That more and more nations are refusing to go along with the usual Third World demonization of Israel is the result of the Netanyahu government’s diplomatic breakthroughs. It is, though, also the product of a realization of what the Palestinians are doing and that ought to be the main takeaway from this episode.

Let’s agree that the votes are an awful spectacle. That any international group, even an agency of a United Nations that has become immersed in a culture of anti-Semitism and hate for Israel, would deny that the site of the biblical temple of ancient Israel has anything to do with Judaism and the Jews is shocking. That’s especially true when the evidence of the existence of the Second Temple is staring right at the world in the form of the Western Wall and the network of ruins that run along the Temple Mount plateau, where mosques were planted to assert Islamic pre-eminence during the period of Muslim conquest.

Arguments about a possible re-partition of Jerusalem—reversing its unification and restoring a division that existed between 1949 and 1967 when illegal Jordanian occupiers barred Jews from their holy sites—are normative in the international community. What the Palestinians have done by changing the topic to denying Jewish ties to Jerusalem is something else. It is, in effect, a dropping of the veil from their purported desire only to return to the situation of June 4, 1967, when an embattled Israel prepared to be attacked despite not being in possession of the West Bank, Gaza, or the parts of Jerusalem held by the Jordanians.

The world may have accepted Palestinian arguments about the “occupation” or the presence of Jews in the West Bank in settlements that are erroneously declared “illegal” as the prohibitive obstacle to peace. But when the Jewish state’s foes seek to declare Jerusalem a purely Islamic holy place, their ultimate purpose comes into view.

That the current “stabbing intifada” is rooted in PA incitement centered around canards about Israel intending to harm the mosques on the Temple Mount is a fact that is largely ignored in the international press. But when that incitement that views the Jewish presence anywhere in the country—even the most sacred sites in Judaism—as an illegal incursion, the true Palestinian goal of eliminating Israel moves out of the shadows and into plain sight.

The more the Palestinians deny Jewish history, the more they undermine faith in the possibility of a two-state solution among Israelis and the rest of the world. While anti-Zionism is in practice a thinly veiled form of anti-Semitism, the Palestinians’ “success” on Jerusalem strips away even that flimsy veneer. That’s why even countries that have always supported their efforts are now starting to back away. A few more such “successes” and it will be the Palestinians that find themselves isolated in international forums that were reliable Israel-bashers. The more they reveal the anti-Semitic nature of their refusal to recognize the legitimacy of a Jewish state no matter where its borders may be drawn, the more they doom their cause to continued futility. 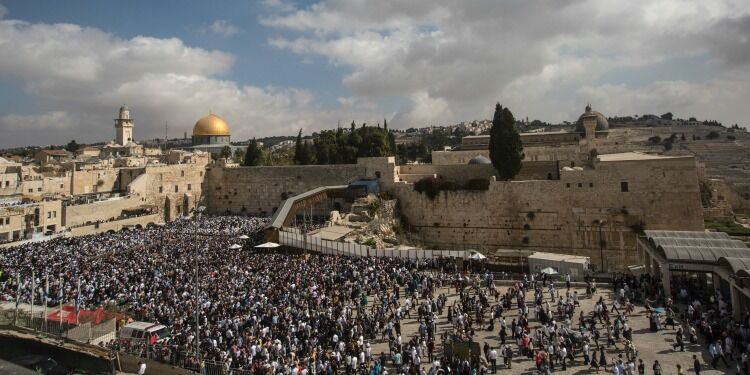