The left-wing J Street lobby has tried to brand itself as being both “pro-Israel” and “pro-peace.” The slogan is highly disingenuous because it implies those who disdain their support for pressure by the U.S. government to overturn the verdict of Israeli democracy are not in favor of peace. The majority of Israeli voters who support policies opposed by J Street want peace just as much as American liberals. The problem with the group is that the “pro-Israel” part of their mantra has been redefined to prioritize the creation of a Palestinian state alongside it as the only formula for saving the Jewish state from itself.

But while the overwhelming majority of Israelis and foreign friends of Israel agree that a two-state solution would be the ideal way to end the conflict, the problem is that the Palestinians have never been able to say yes to such a deal. They have refused every peace offer as well as efforts to revive direct negotiations. Their leaders, both the “moderates” of the Palestinian Authority and the Islamists of Hamas that run Gaza, encourage and support terrorism, such as the bloody shooting carried out today in Tel Aviv that has left at least three Israelis dead.

It is in that context that debates about shifting U.S. policy from one that is focused on an alliance with Israel to an “even-handed” approach hat would tilt things more toward the Palestinians such as the one that Democrats are about to conduct over their party platform is so problematic. Though the Democratic presidential race is now effectively over, the efforts of the Bernie Sanders campaign to have their views on the Middle East reflected in the party platform are just about to heat up. The contrasting views of Hillary Clinton and Bernie Sanders about Israel were among the few truly substantive differences between the candidates during the campaign. Clinton’s left-wing challenger echoed the propaganda of the Jewish state’s foes by repeating claims that Israel’s measures of self-defense against terrorism are “disproportionate.”

As we noted last month, Sanders was able to place five of his delegates on the committee tasked with writing the Democrats’ platform. Among them were Cornel West, a virulent academic advocate of BDS and other anti-Israel measures, as well as pro-Palestinian activist James Zogby. That sets up what promises to be a fiery battle as the Sanders camp seeks to alter a document that in past years has been unreservedly pro-Israel to an “even-handed” one that will pay homage to the effort to create a Palestinian state and to express sympathy for their struggle.

This puts both Clinton and Democratic National Committee chair Debbie Wasserman-Schultz in a difficult spot. They need to conciliate Sanders and his supporters in order to unify the party for the general election fight against Donald Trump, and that means the platform will likely lean even more to the left than expected. But Clinton also doesn’t want to let Trump be able to claim that the Democrats have abandoned Israel. Those charges were given credence not only by the polls that show Democrats are less likely to be pro-Israel than Republicans. That impression is backed up by the party line vote in Congress last year on the Iran nuclear deal, in which Democrats chose loyalty to President Obama’s appeasement to the dismay of the pro-Israel community.

That’s where J Street comes in posing as the advocates of a compromise that will satisfy both Sanders and Clinton. As Politico reported, J Street has circulated a memo that says the platform should attempt to “meet the essential needs of both Israelis and Palestinians.” J Street also says it opposes the anti-Israel BDS movement and favors American recognition that Jerusalem is the capital of Israel.

But J Street also wants the Democrats to support a ban on Israeli building in lands it took in 1967 including parts of Jerusalem, which it also envisions as the seat of government for a Palestinian state. It says it wants recognition of Israel as the national homeland of the Jews and that its people should be able to live “a normal life without terror or incitement” while the Palestinians should also be able to govern themselves in peace and dignity.

Such two-state solution advocacy sounds reasonable, and perhaps the Democrats’ platform will reflect those sentiments and throw out their 2012 language that emphasized support for Israel’s rights and security.

But in this case, even-handed does not mean pro-Israel because the two sides to the conflict don’t want the same things.

Most Israelis would be overjoyed to accept a peace settlement that ended the conflict for all time even if it meant painful territorial compromises that would result in the eviction of many Jews from their homes in the heart of their ancient homeland. But as the Palestinians have indicated repeatedly, even their supposedly moderate leader Mahmoud Abbas is not willing to accept the legitimacy of a Jewish state no matter where its borders would be drawn. Despite occasional lip service paid to the two-state solution idea for the Western press, neither Palestinian leaders nor Palestinian public opinion is ready to accept Israel. They see all of Israel — not just the West Bank and Jerusalem — as occupied territory. They applaud terror attacks on all Jews. Those dining in Tel Aviv cafes, like the victims in today’s atrocity, are seen by them as extremists as deserving of death as those Jews living in the most remote West Bank hilltop settlement.

The problem with even-handed policies, such as President Obama’s obsession with creating more “daylight” between Israel and the United States, is that they only encourage the Palestinians to continue rejecting peace rather than putting pressure on them to accept the compromises including statehood they’ve repeatedly rejected. That stand seems irrational, but it makes sense when you realize that Palestinians have come to view their struggle against Israel’s existence as intrinsic to their national identity.

Events like today’s attack in Tel Aviv ought to remind all Americans that so long as Palestinians are killing Jews, talk of even-handed policies will not help anyone, least of all Israel. Those who will praise today’s murderers as “heroes” — as both Palestinian moderates and extremists alike will do — don’t deserve support from either Democrats or Republicans. By fetishizing Palestinian statehood and trying to redefine support for that concept as essential to being pro-Israel, J Street and the left are actually harming the cause of peace and strengthening the forces inciting terrorism. If Democrats choose that path, they may claim, like J Street, to be pro-Israel, but that will be a deception. Until the Palestinians show themselves willing to end their century-long war on Zionism, even-handed means putting daylight between their party and the effort to defend the Jewish state. 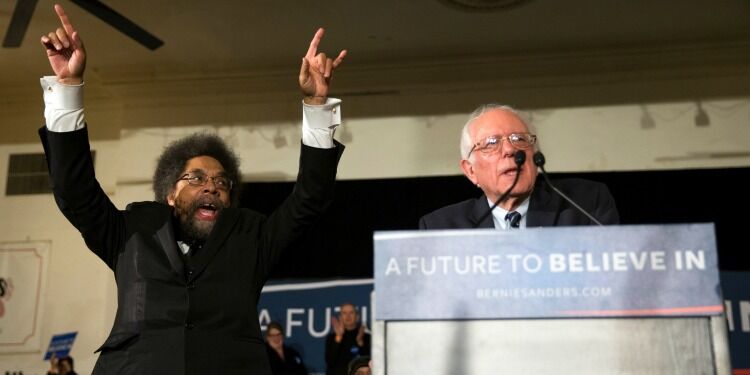