After decades of obsessive attention, the conflict between Israel and the Palestinians is fading from the attention of the international community. After years of failures, even the Obama administration is sending out signals that it has finally learned its lesson and more or less officially given up on pushing new peace talks for the moment. The European Union still pays lip service to the concept of trying to initiate negotiations, and the French have spoken of threats to join the many nations that officially recognize “Palestine” if their plans don’t work. But it’s not clear that even Paris thinks this will work. But for those would-be peace processers that have decided to ignore the last 20 years of failure, the Palestinian Authority issued a blunt warning yesterday. While on a visit to Japan, PA Foreign Minister Riyad al-Malki said the following at a press conference: “We will never go back and sit again in a direct Israeli-Palestinian negotiation.”

Never is a long a time and most times it is used it generally means something temporary. But, based on their track record, it sounds like al-Malki is probably right. The Palestinians don’t like direct talks for two reasons. One is that they want other parties at the table so as to have allies that would muscle the Israelis into making more concessions. But the real reason is about long-term strategy; not tactics. They have no intention of ever saying yes to anything the Israelis offer.

That’s not the spin the Palestinians or their foreign cheerleaders give for their reluctance to talk. They claim that the Israelis are unreasonable, won’t give them what they need, and wish only to go on occupying and oppressing the Palestinians. That’s the sort of thing most of the world is used to hearing from them and those that think Israel is the real obstacle to peace believe it. But the truth about the history of direct talks between the two parties is very different.

Even if we limit ourselves to just the past 22 years since Israel agreed to the Oslo Accords that placed the West Bank and Gaza under the rule of the PA, the history of the on-again, off-again negotiations reveals a very different story. That’s because every time the Palestinians sit down to talk with the Israelis, they are given pretty much all of what they claim to want. In 2000, 2001 and 2008, that meant Israeli offers of statehood and independence that would give the PA almost all of the West Bank, Gaza and a share of Jerusalem. But the Palestinians said “no” each and every time.

When talks were restarted under the auspices of the Obama administration, the so-called hard-line right-wing government of Benjamin Netanyahu accepted the same two-state solution formula and also offered almost all of the West Bank. They took a different stand on Jerusalem but were willing to keep talking. But there’s no longer any need to negotiate about Gaza since, following Ariel Sharon’s 2005 withdrawal and the bloody Hamas coup of 2007, the strip now operates as an independent Palestinian state in all but name. These are facts that are not often mentioned in stories about new peace talks, but they are nonetheless pertinent.

While the PA has at times spoken of being willing to make peace but its leader Mahmoud Abbas has always made it clear that he will never recognize the legitimacy of a Jewish state no matter where its borders are drawn. Moreover, the PA is locked in a deadly competition with Hamas, which is more open about its true intentions. Hamas regards all of Israel as “occupied territory” that must be liberated. As studies have illustrated, that is more in line with the opinions of the overwhelming majority of Palestinians. Most Palestinians share Hamas’s belief that the Jews have no right to a single inch of the country and believe all acts of terror against Jews — even the most heinous crimes against helpless innocents — are praiseworthy. For over 100 years, Palestinian nationalism has been inextricably linked to conflict with the Jews and, until a critical mass of them adopts some other approach to identity, peace isn’t possible.

What this adds up to is a situation that puts Abbas and any potential successor (he is currently serving the 11th year of the four-year-term to which he was elected in 2005) in the same boat that his predecessor Arafat claimed to be in Camp David in 2000. Neither Arafat nor Abbas believed they could ever sell a peace deal to their people — let alone their Hamas foes — if it meant ending the century-long war against Zionism.

So while the Palestinians say they will “never” go back to negotiations because they believe they can’t get a good deal, their real reason is just the opposite. If, as happened in 2000, 2001 and 2008, they engage in talks, their greatest fear is getting a very good deal that will give them statehood and independence. Their goal is to avoid negotiating because getting to yes with Israel would actually mean peace. And that is something they cannot do until a sea change in their political culture happens. Though when most people say the word never, they mean something very different, in this case, the Palestinian never may very well mean never. 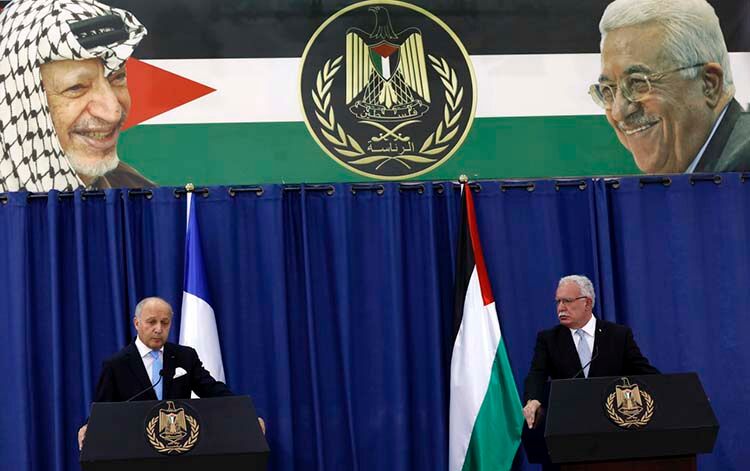 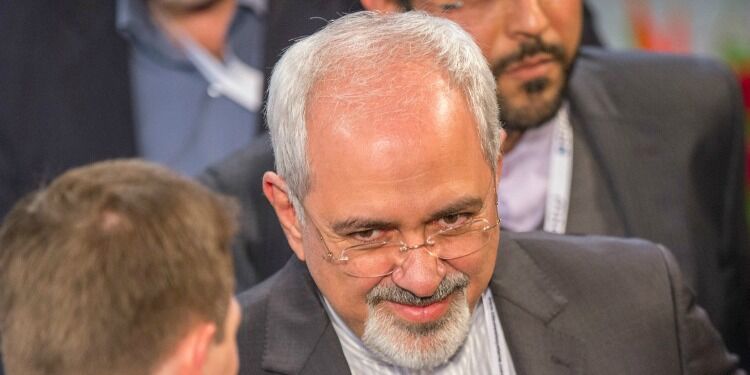 The Galling Chutzpah of Iran’s Zarif