President Obama came into office determined to create more “daylight” between the U.S. and Israel. But, as was evident from his first days in office until his parting shot at the United Nations Security Council last month, he was particularly obsessed with Israeli settlements. Though defenders of the administration’s abstention on a vote declaring the Jewish presence beyond the June 1967 lines illegal claim there was continuity between this stand and those of Obama’s predecessors, the fact remains the president’s position on settlements was a departure from that of the man he succeeded. As Elliott Abrams wrote last week in National Review, the key difference between the last two presidents with respect to Israel was Obama’s decision to treat George W. Bush’s 2004 letter to Ariel Sharon as null and void.

The Bush letter was forgotten for the last eight years, but with an incoming Republican administration that wants better relations with Netanyahu, it now provides a clear path forward for President-elect Donald Trump.

As Abrams points out, the genius of the letter was matched by the stupidity of Obama’s substituted position. The letter conceded the obvious in that the U.S. acknowledged that any peace deal with the Palestinians must also recognize the changes on the ground since the 1967 Six Day War. The U.S. recognized that the major settlement blocs and Jewish neighborhoods built in East Jerusalem—most of which were decades old even then—would remain part of Israel. The letter assured Israel that Washington would not oppose growth in those areas either in the form of new housing projects, “natural” population increases due to births, or people moving into existing housing. In exchange for this and a U.S. declaration that the Palestinian refugee problem would have to be solved by a putative Palestinian state and not in Israel (the negation of the so-called “right of return”), then-Prime Minister Ariel Sharon agreed not to incentive settlement outside of those areas.

The Bush letter not only set in motion the train of events that led to Sharon’s withdrawing every soldier, settler, and settlement from Gaza. It also put in place a blueprint for a peace deal in which the Palestinians could have their state in the rest of the West Bank, Gaza, and the Arab neighborhoods of East Jerusalem. Sharon’s successor, Ehud Olmert, made just such an offer in 2008 and Palestinian Authority leader Mahmoud Abbas refused even to consider it.

Obama trashed the letter and said that any growth of any kind in Jerusalem and the blocs amount to an expansion of settlements that provided an obstacle to peace. He treated those areas as being just as illegal as the most remote West Bank hilltop encampment. This was considered both offensive and unreasonable by the overwhelming majority of Israelis and united them behind Netanyahu. And Abbas could not afford to be less ardent in his opposition to the Israelis than Obama, so now he, too, made an issue of freezing Jewish growth in Jerusalem and the blocs, ensuring that the president’s plan for new talks would fail.

A Trump announcement that the Bush letter’s understandings are reinstated would be an appropriate rebuke of Obama and the United Nations. It would also put the world on notice that the U.S. will vigorously oppose efforts to further isolate Israel or to use the Security Council vote to legitimize the BDS movement.

The world has changed a lot since 2004. In the past dozen years, Hamas took over Gaza in a bloody coup and created an independent Palestinian state there in all but name; it’s now a terrorist base. The allegedly moderate Abbas still leads the corrupt Fatah kleptocracy that presides over the West Bank, but it has proved itself as dedicated to fomenting hatred and violence and glorification of terror, as was the government of his predecessor Yasir Arafat. Moreover, there is no guarantee that an independent PA state in the West Bank would not go the way of Gaza and wind up in Hamas’s hands absent a massive Israeli intervention. A state led by Abbas, rather than Arafat, might have been seen even by many Israelis a decade ago as a guarantee of peace. There is no longer any reason to believe that.

The assumptions about the Palestinians being willing and able to accept a demilitarized Palestinian state outside of Jewish Jerusalem and the settlement blocs may no longer be realistic. Trump and Netanyahu might wish to preserve the fiction that peace is possible in the near future if Abbas were finally willing to take yes for an answer. Indeed, that would seem to be the most sensible option available to either man. Obama’s UN betrayal ensures that neither Abbas nor Hamas will ever be satisfied with what was on the table in the last decade. 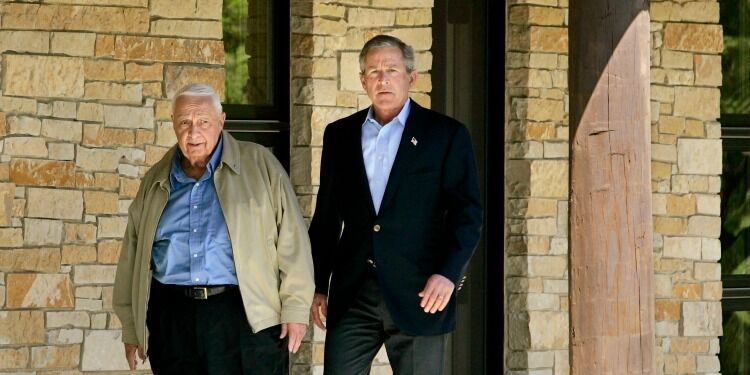