For months, the administration has been working on a review of policy toward Afghanistan that was widely expected to result in the dispatch of thousands of additional troops, as requested by the senior U.S. commander in Kabul, Gen. John Nicholson. National Security Adviser H.R. McMaster and Defense Sec. Jim Mattis both reportedly support sending reinforcements to prevent the Taliban from gaining any more ground. Yet this recommendation has been stalled in the review process.

On Sunday, the Wall Street Journal revealed that, due primarily to the opposition of President Trump and his counselor Steve Bannon, the administration is inching away from reinforcements. Instead, it seems, senior officials are seriously discussing the prospect of withdrawing U.S. troops, and perhaps sending contractors instead, as suggested by Erik Prince, Blackwater founder and brother of Education Secretary Betsey DeVos.

Prince laid out his ideas in a May 31 op-ed. His primary argument—one that obviously would redound to his benefit and to that of others in the private military business—is to replace U.S. troops with contractors working with the Afghan military.

Prince pretends that contractors are a cure-all in spite of the fact that they have had a very spotty record in both Afghanistan and Iraq. Leave aside the fact that four of Prince’s Blackwater gunslingers were convicted of murder by a U.S. court for a fatal shooting in Iraq in 2007, leading Blackwater to dissolve. There is also the fact that contractors were hired to train Iraqi security forces in 2003 and did such a poor job that the U.S. military had to intervene.

Moreover, it’s not as if there is a lack of contractors in Afghanistan today. In fact, there are 26,022 contractors (including 9,474 U.S. nationals) compared with fewer than 10,000 U.S. troops. Prince suggests that further increasing the number of contractors while cutting the number of troops will somehow lead to improved combat effectiveness for the Afghan armed forces. This is a faith-based assumption for which there is no empirical evidence.

What makes Prince’s proposal truly bizarre is that he combines a minimalist U.S. military approach in Afghanistan with a maximalist political approach. He advocated the creation of a U.S. viceroy in Afghanistan on the model of General Douglas MacArthur. This ignores the fact that MacArthur presided over a defeated country, occupied by large numbers of U.S. troops, in which the indigenous government had ceased to function. MacArthur was the government of Japan between 1945 and 1952.

This might have been a viable model in Afghanistan in 2001 if the Bush administration had been willing to send a lot more troops. It makes little sense today, at a time when Afghanistan has a democratically elected, pro-Western leader of its own—President Ashraf Ghani. Unless the U.S. is willing to occupy the country and run it under martial law, the U.S. cannot simply send a proconsul to tell Ghani and the Afghans what to do.

Prince cites another historical analogy to justify his fanciful proposal: the East India Company. “John Company” did run India, employing its own private army to do so, in the 18th and early 19th Centuries. But it was disbanded by Parliament following the Indian Mutiny of 1857 amid widespread concerns that the welfare of millions of Indians—and the safeguard of British interests on the Subcontinent—should not be entrusted to a profit-seeking firm.

Even in the age of colonialism, the British decided that the East India Company model was no longer appropriate. It’s the height of folly to recommend resurrecting such a company in the 21st century when outright colonialism is no longer acceptable. There would be no greater gift the U.S. could give to the Taliban than to suggest that America is in Afghanistan to loot that country and turn a profit. This would turbocharge the insurgency’s recruiting.

Finally, Prince suggests abandoning “the flawed population-centric theory of warfare in Afghanistan,” in favor of controlling key terrain. He writes: “The Taliban understand this concept well. They control most of Afghanistan’s economic resources—including lapis, marble, gold, pistachios, hashish, and opium—and use profits to spread their influence and perpetuate the insurgency. Our strategy needs to target those resources by placing combat power to cover Afghanistan’s economic arteries.”

Earth to Prince: This is precisely the strategy that Gen. Stanley McChrystal pursued with the surge in 2009. He focused a great deal of combat power on Helmand Province, which has only a tiny portion of Afghanistan’s population, because it was (and is) the center of the opium trade that provides a major source of funding for the Taliban. The strategy, employing a total of 100,000 U.S. troops in Afghanistan, enjoyed a great deal of success until President Obama pulled the plug prematurely. It’s easy for Prince to suggest “choking off the Taliban’s sources of income.” It’s much harder to achieve that objective—and impossible without a substantial U.S. troop commitment.

It is alarming if Prince’s nonsensical suggestions are being taken seriously in the White House in place of the best military advice of our most experienced commanders. It’s understandable that the president and everyone else is frustrated by how long the Afghan War has gone on and eager for a way out. But if we pull out, the risks of a takeover by the Taliban dramatically rise. They would once again make their country a safe haven for international terrorists such as al-Qaeda. It would be nice if there were some cheap and easy way to avoid this outcome while pulling U.S. troops out, but there simply isn’t. 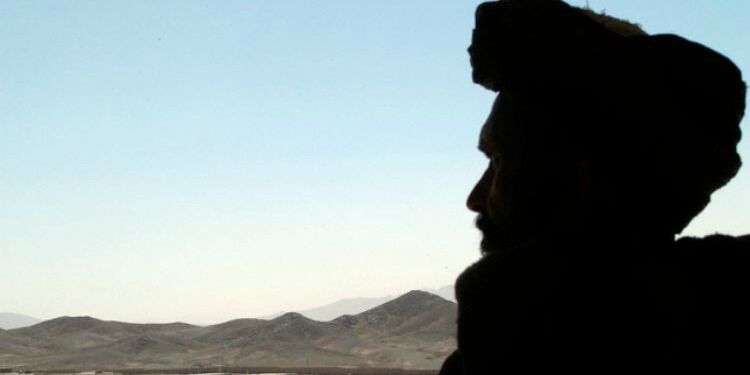