If you want a laugh and a lesson in chutzpah, check out Edward Snowden’s Twitter account. The arch-traitor, who revealed some of America’s most sensitive security secrets before fleeing to a safe haven in the embrace of anti-American dictator Vladimir Putin, uses this account to posture as a public-spirited defender of American values. His tongue in cheek description: “I used to work for the government. Now I work for the public.”

Actually, he works, directly or indirectly, for the Putin regime and its notorious security service, the FSB, successor to the gestapo-like KGB. Russia is not a democracy and anyone who stays there as a guest of the government, as Snowden does, serves its interests.

Thus, it is inadvertently hilarious to read his tweets attacking the U.S. intelligence community (IC) for supposed sins such as a lack of diversity. Citing new demographics released by the intelligence community, he complains that the IC is not a great workplace for “women & minorities” and that “The NSA, FBI, and CIA historically prefer to spy on minorities.”

One will look in vain for similar criticism of the FSB, which, in Snowden’s estimation, must be a model of egalitarianism because it doesn’t discriminate against minorities—it spies on anyone who could threaten the illiberal and criminal Putin regime. One looks in vain, too, for any criticism of Putin’s illegal wars of aggression against Georgia and Ukraine, including the annexation of Crimea, to say nothing of his brutal repression of all dissent at home or his fleecing of the public purse for the personal gain of himself and his oligarch cronies.

Yet, ludicrous as Snowden’s pose may be (how can a lackey of a dictatorship be serving the “public interest?”), it is gaining support from a distressing number of people who should know better.

No less an authority than former Attorney General Eric Holder recently claimed that Snowden “performed a public service.” Libertarian Party presidential candidate Gary Johnson seems to agree and promises to consider pardoning Snowden in the unlikely event that he wins in November. And no less a director than Oliver Stone will soon come out with a new movie, titled simply “Snowden,” that will present him as a hero who “believed in his country enough to risk everything to save it.”

OK, I don’t actually expect Gary Johnson or Oliver Stone to know better (Oliver Stone, after all, was the guy who retailed a loony conspiracy theory about the Kennedy assassination in “JFK”). I do, however, expect more of Holder, who himself acknowledged that Snowden violated laws for which he should be prosecuted.

As the former attorney general elliptically said in the same interview, in which he bizarrely called Snowden’s actions a “public service”: “I know that there are ways in which certain of our agents were put at risk, relations with other countries were harmed, our ability to keep the American people safe was compromised. There were all kinds of re-dos that had to be put in place as a result of what he did. And while those things were being done, we were blind in certain areas, in certain really critical areas. So what he did was not without consequence.”

Putting American agents at risk? Harming our relations with other countries? Compromising the government’s ability to keep us safe? That hardly sounds public spiritedness to me.

And indeed, even without having access to any of the secrets to which Holder was once privy, it is quite possible to find plentiful evidence that Snowden greatly harmed the national interest. As The Cipher Brief, a website started by a former CNN correspondent, points out, none of the programs that Snowden exposed were illegal or unauthorized. They were merely secret—and for good reason.

Some of the most extensive Snowden revelations concerned the NSA’s spying activities not on U.S. citizens but in foreign countries—which is exactly what we expect the NSA to be doing. A former deputy general counsel at CIA is quoted by The Cipher Brief as follows: “One of Snowden’s early document releases purported to reveal U.S. efforts to monitor computers in China, and some of his later releases reportedly pertained [to] efforts to monitor foreign government officials.

The files Snowden removed and has yet to publish or reveal are thus likely to include ‘routine’ foreign intelligence operations against hostile, hard targets. Indeed, Snowden’s lengthy stay in Russia raises the question whether he stole files of appreciable interest to the Russian intelligence and security services and, if he did, he may already have disclosed some or all of them to the Russians in exchange for his extended asylum.”

Indeed, former CIA and NSA Director Michael Hayden said that Snowden was probably the most costly leaker of American secrets in history—worse than the Rosenbergs or Benedict Arnold or Aldrich Ames.

It is a twisted moral universe in which we now live where a villain like Snowden, who has done incalculable harm to American security, can be celebrated as a hero by so many. 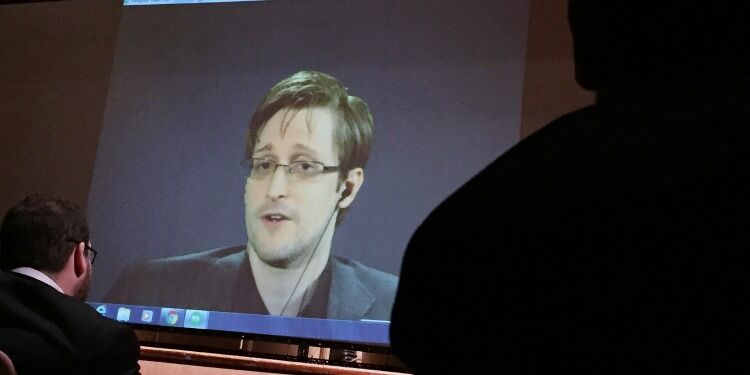