By its own depraved standards, last Thursday and Friday were gruesomely successful days for ISIS. On Thursday, a suicide squad of ISIS fighters infiltrated Kobani, the Syrian town it had previously lost to Kurdish militia, and killed 145 residents. Then, on Friday, ISIS was linked to two massacres at different ends of the Middle East: in Tunisia a gunman armed with an Ak-47 killed at least 47 vacationers at a beach resort, while in Kuwait a suicide bomber killed at least 24 Shiites at a mosque. ISIS may also be connected to the French Muslim attacker who beheaded the manager of an American-owned chemical plant in France and tried to blow up the entire facility. All this only a few days after ISIS released another of its patented snuff films showing prisoners being drowned alive in a cage.

The exact connections between ISIS and the foreign attacks remains to be determined but the fact that ISIS claimed credit for the Kuwait and Tunisia attacks suggests that it is expanding its attention, from Syria and Iraq toward a more international wave of terror designed to better compete with Al Qaeda, which has long been focused on the “far enemy” (i.e., the U.S. and its allies). Already ISIS sympathizers have been linked to attacks in the U.S. such as the thwarted attempt to shoot up an exhibition of Mohammad cartoons in Texas. It’s a safe bet that the U.S. will not be exempt from ISIS’ growing foreign focus, and that some future attacks will succeed.

How should the U.S. respond? There will be calls, of course, for greater international cooperation against the ISIS threat, and that’s fine as far as it goes. But no amount of international policing can stop every nutcase who, inspired by ISIS’s example, decides to kill some of his neighbors. There is only one way to dispel the appeal of ISIS, and that is to destroy its self-styled caliphate. Even suicide bombers are reluctant to fight in a losing cause. ISIS has been so appealing of late, especially to foreigners (more than 1,000 of whom flock to join its ranks every month), precisely because it has been so successful.

But dispelling that aura of success will require doing a heck of a lot more than the U.S. is doing at present. Michele Flournoy, a former under secretary of defense in the Obama administration, has just co-authored an op-ed with Richard Fontaine, president of the Center for a New American Security, which offers some sensible suggestions. They suggest, among other steps, providing arms directly to Sunni tribes and the Kurdish peshmerga, without channeling all aid through Baghdad as the U.S. is now doing; allowing Special Operations Forces and forward air controllers to accompany Iraqi forces into battle, intensifying air strikes, and increasing support to the non-jihadist Syrian opposition.

These are all sensible ideas, which echo suggestions long put forward by many other analysts (including me). But they all have one thing in common: They haven’t been implemented by the Obama administration, because he is putting his non-interventionist ideology ahead of the need to destroy ISIS (a goal that Obama explicitly set for the U.S. armed forces).

I hope that President Obama pays greater attention to the advice offered by one of his own erstwhile high-level appointees than to the views of the rest of us, but I’m not terribly optimistic. Obama, despite sending 350 more personnel to Iraq recently, appears to be in a holding pattern with ISIS, doing some damage but not doing enough to defeat it. That’s a recipe for disaster because as long as ISIS appears secure in its caliphate it will be free to extend its international reign of terror. 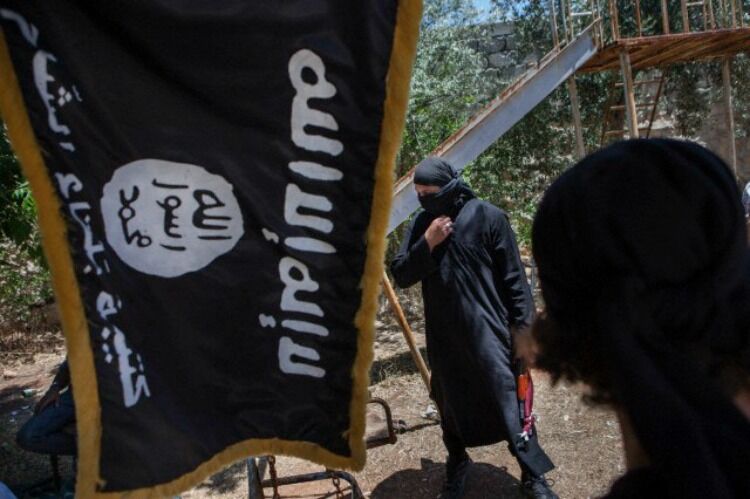