The nomination of the retired Gen. Jim Mattis to be secretary of defense is not without controversy. The reasons are multifarious, ranging from his fairly recent retirement from the Marine Corps (which would necessitate a Congressional waiver of the requirement that any military officer must wait seven years to become secretary of defense) to his disparaging comments over Israel’s settlement activities. But the arguments for selecting him are far stronger. ITrump has made a great Cabinet choice—his best yet.

I first met Mattis in the summer of 2003. He was then in command of the 1st Marine Division after its rapid march up from Kuwait to Iraq. Our meeting was on the grounds of one of Saddam Hussein’s old palaces where he had established his headquarters. Here is how I summed up my initial impressions of him in The Weekly Standard:

Relatively short and trim, with a silver crew cut and owlish spectacles, Mattis doesn’t look particularly imposing. But when he opens his mouth it becomes apparent that he’s cut from the George S. Patton mold. Funny, blunt, erudite, inspiring, and profane, he takes no guff and tolerates no inefficiency. At nightly briefings with his staff, he dissected PowerPoint presentations with laser-like questions that got to the heart of every problem. The issues he dealt with were more appropriate to an imperial proconsul than to a general: how to combat Islamic extremists, win over ordinary people, distribute fuel, enforce law and order, and a thousand other matters. Mattis was not the least bit fazed by the challenge.

In the succeeding 13 years, he advanced to become the four-star commander of the now-defunct Joint Forces Command and the Central Command. He was forced to retire early from the latter position in 2014 because the Obama administration didn’t appreciate his preoccupation with the Iranian threat—a controversy I described in a COMMENTARY article entitled “How America Lost Its Four Great Generals.”

Mattis has become known for his salty sayings, some of which have become legendary: “Be polite, be professional, but have a plan to kill everybody you meet.” “I come in peace. I didn’t bring artillery. But I’m pleading with you, with tears in my eyes: If you f—k with me, I’ll kill you all.” “The first time you blow someone away is not an insignificant event. That said, there are some assholes in the world that just need to be shot.”

Taken out of context, those quotes may make him sound like a “mad-dog” militarist (and indeed one of his Marine Corps nicknames is “Mad Dog”). But Mattis has also said that “the most important six inches on the battlefield is between your ears.” And: “You are part of the world’s most feared and trusted force. Engage your brain before you engage your weapon.” Those quotes hint at the fact that he is more than a just an inspiring battlefield leader—although he is that. He is also an uncommonly thoughtful military strategist and a well-read student of military history who understands the limitations as well as the uses of force.

Beyond all of that, Mattis is simply a good man who always put his Marines first. When I first met him, he was sleeping on a cot in a tent behind his command post in Iraq, even though there were much nicer quarters available. He always put his own comforts last. A lifelong bachelor, he became legendary in the Corps for taking over Christmas guard duty from junior officers so they could enjoy the holiday with their families. That’s not something that general officers normally do, to put it mildly. And he has also spent months traveling around the United States meeting with the families of his fallen Marines.

It was Mattis’s devotion to his troopers that inspired a similar devotion to him. He is one of the best-regarded generals in the modern history of the Marine Corps. No doubt, as secretary of defense, he would show similar regard for all of the forces under his command.

The fact that Mattis would require a congressional waiver to serve as secretary of defense would not be a problem; he is so well-liked on Capitol Hill that such legislation will breeze through. (John McCain, chairman of the Senate Armed Services Committee, has been a particularly strong advocate of the Mattis appointment.) Given that Mattis has always been a critical thinker who is keenly aware of the limitations of existing Pentagon policies, he would not be a yes-man for any branch of the military, not even his own Marine Corps. In fact, Pentagon bureaucrats should be afraid of Mattis precisely because he has such a deep knowledge of the military and all of its faults, as well as it strengths.

Mattis has also been criticized by the strategic analyst Erin Simpson for being the wrong choice because he is above all an operational commander who hates paperwork. “Budgets, white papers, and service rivalries, not to mention the interagency meetings and White House meddling—these tasks are not what you go to Jim Mattis for,” Simpson writes. “Not only does the role of secretary of defense not play to Mattis’ strengths, but success in that role would compromise much that we admire most in him: his bluntness, clarity, and single-minded focus on war fighting.”

In truth, as a four-star combatant commander, Mattis had plenty of experience with paperwork and bureaucracy. The fact that he has a “single-minded focus on war fighting” will actually be a big advantage because he will press the military bureaucracy to win the wars of the moment instead of endlessly preparing for conflicts that may never arrive (always the bureaucracy’s default position).

The most serious criticism of Mattis concerns infelicitous comments he made about Israel at a security conference shortly after stepping down as CentCom commander in 2013. “I paid a military security price every day as the commander of CentCom because the Americans were seen as biased in support of Israel,” he said. He also complained that Israel’s settlements supposedly threaten peace with the Palestinians: “If I’m in Jerusalem, and I put 500 Jewish settlers out here to the east, and there’s 10,000 Arab settlers in here, if we draw the border to include them, either it ceases to be a Jewish state or you say the Arabs don’t get to vote — apartheid.”

These remarks go over the line—in particular, his suggestion that Israel could be guilty of apartheid, given that there are 1.6 million Arab citizens of Israel who enjoy more rights than Arabs do in any Arab state. Israel has already shown its willingness to disband settlements (e.g., in the Gaza Strip) if it thought that doing so would help the cause. The real stumbling block has been the unwillingness or inability of Palestinian leaders to accept Israel’s existence as a Jewish state.

But it would be a big mistake to assume based on these one-time comments that Mattis is somehow hostile to Israel. The conservative Jewish Institute for National Security of America (JINSA)  reported that its “experiences with General Mattis have been very positive, including many private discussions in the last few years on the Middle East.” JINSA went on to note: “General Mattis has notably and indisputably distinguished himself in advocating for a more robust U.S. military posture to counter, contain and deter Iran, even at the peril of his military career… General Mattis’ outlook on these issues aligns perfectly with Israel’s, which considers an aggressive Iran its greatest strategic threat, and a nuclear Iran to be an existential threat.”

I’ve known Mattis for 13 years and  have never heard him say a disparaging word about Israel.  To the contrary, he has spoken of his close relationships with, and admiration for, senior Israeli military officers. I am confident that Israel has nothing to fear from Mattis and that the security of Israel and America’s other allies in the Middle East will be enhanced by the tough-on-Iran approach that he advocates. How his outlook will mesh with President-elect Trump’s desire to cooperate with Russia in supporting Bashar Assad—an Iranian client—remains more of an open question.

As secretary of defense, Mattis will bring an intellectual rigor, an understanding of military affairs, a sympathy for the grunts who fight our wars, and a strong ethical grounding that will serve the new administration well.

Indeed Mattis has already made a positive impact by convincing Trump, during their job interview, to take another look at the issue of torture. He told Trump: “I’ve always found, give me a pack of cigarettes and a couple of beers and I do better with that than I do with torture.” After spending the last year advocating torture “worse than waterboarding,” Trump professed himself “surprised” and “impressed” by that answer.

Let’s hope that President Trump will continue to listen carefully to the advice he will receive from his defense secretary. Jim Mattis has a lot of wisdom to impart. 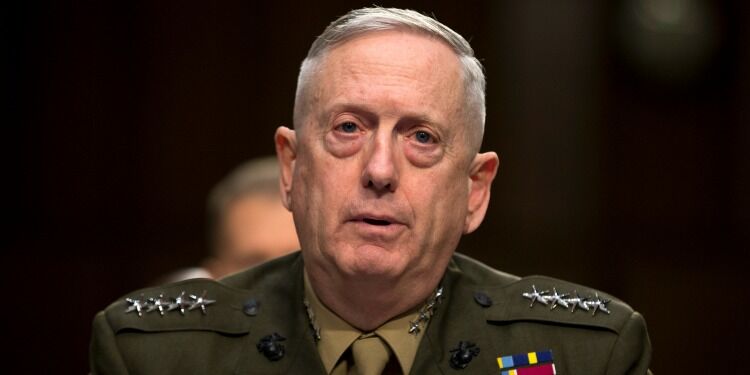