Israeli politics has been shaken by the case of Corporal Elor Azariah, an army medic who was videotaped calmly shooting a Palestinian who was lying wounded and helpless on the ground on a Hebron street after earlier participating in an attack in which another Israeli soldier was stabbed. (The other soldier survived.) Azariah has been charged with manslaughter and awaits a court-martial. A spokesman for Lieutenant General Gadi Eisenkot, the army chief of staff, said, “This isn’t the IDF, these are not the IDF’s values.”

But many right-wing politicians disagree. Prime Minister Netanyahu enraged the military brass by calling to offer Azariah’s father his support and by issuing a statement in his defense:  “IDF soldiers, our children, stand before murderous attacks by terrorists who come to kill them. They have to make decisions in real time.” Meanwhile, Avigdor Lieberman, to whom Netanyahu has offered the defense portfolio, came to a hearing in a military court to offer his support for Azariah.

The political support for Azariah so enraged one general — the deputy chief of staff, Major General Yair Golan — that he compared Israel today to Germany in the 1930s. In resigning as defense minister, retired General Moshe “Boogie” Yaalon, complained that extremists have taken over Israel.

The comparisons to Nazi Germany are, to put it mildly, far-fetched; indeed, the very fact that senior generals are strongly condemning not only Azariah’s actions but also those of his political defenders suggests that Israel remains a vibrant democracy where human rights are respected in a way that is true nowhere else in the region. But what’s interesting here is that, in Israel, it is the soldiers who are the most committed to upholding the laws of war, whereas many politicians and civilians shrug their shoulders and think that all is fair in love and war.

This would seem an inversion of the stereotypes about soldiers being militaristic brutes and civilians being peace lovers, but the same is true in the United States. Recall the fate of Lieutenant William Calley, who was charged in a court-martial and convicted of 22 counts of murder relating to the My Lai massacre during the Vietnam War. Calley and his men had actually killed hundreds of innocent Vietnamese civilians, mostly women, children, and old men. It was probably the worst war crime committed in the entire history of the U.S. Army, and Calley received an appropriate punishment from a military court: life imprisonment and hard labor at Fort Leavenworth.

But many Americans were outraged by the verdict. Among the more vociferous protesters were Georgia Governor Jimmy Carter and Alabama Governor George Wallace. Carter asked Georgians to drive with their headlights on for a week in protest. The White House reported telegrams running 100 to 1 in favor of leniency and one poll showed that 79 percent disagreed with the verdict. Reacting to the outcry, President Nixon moved Calley to house arrest where he wound up serving only 3 1/2 years in house arrest for his monstrous crime.

Why the disparity between the way soldiers and civilians view war crimes? It’s a complex and interesting question. Part of the answer, I suspect, is rooted in different levels of information about what occurs on the battlefield. Civilians are likely to imagine that war crimes are more common than they actually are, whereas most soldiers in modern Western armies try hard to observe the laws of war, sometimes at considerable risk to themselves, and are offended when other soldiers violate the rules that they follow.

Soldiers also understand the need for good order and discipline and appreciate that a military force that routinely kills or tortures enemy prisoners or commits other war crimes will not be a professional fighting force for long. It will, instead, degenerate into a mob of berserkers with grave consequences for the mental health of the individuals involved as well as for the fighting capacity of the entire unit. The armies of modern liberal democracies have nothing in common with the Mongol or Hun hordes that would inflict any atrocity imaginable. Self-restraint, obedience to orders, and precision in the application of firepower are the bywords of the day in the modern military age.

A major part of modern warfare is also information war: All military forces today, especially those of liberal democracies, operate under a media microscope. Military leaders understand how important that element of warfare is, and how easily the information war can be lost if even one soldier commits some kind of highly publicized misconduct. The U.S. Marine Corps has the doctrine of the “strategic corporal” who can affect the war’s outcome, for good or ill, based on his actions. Soldiers who commit atrocities stain the reputation of their army and their country and make it harder to prevail on the modern battlefield.

It’s too bad that so many civilians don’t get it, which accounts for why you have presidential candidate Donald Trump calling on the U.S. armed forces to commit war crimes such as killing the relatives of terrorists, using torture as punishment, and bombing indiscriminately. By contrast 42 retired generals and admirals signed a letter opposing the use of torture.

When it comes to conduct in war, civilians would be better advised to look to the military for guidance. There is a good reason why senior military leaders in both Israel and the United States treat violations of the laws of war as such a serious matter. They are not concerned with the welfare of the enemy; they are concerned about the welfare of their own troops. 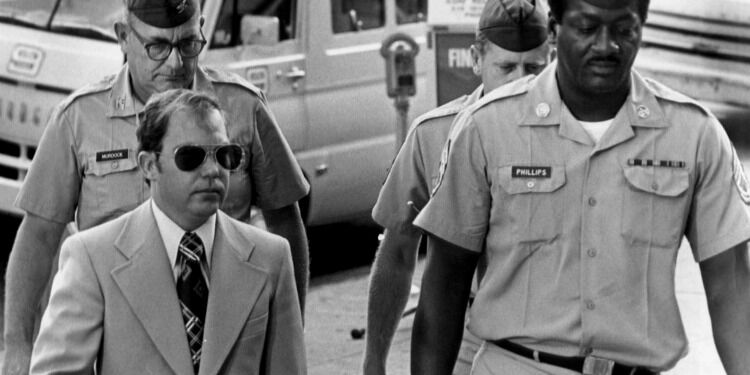