The Manchester bombing, which killed 22 people, appears to have followed a familiar pattern. It’s one that is instantly recognizable from the profiles of other Western terrorists.

The suicide bomber, Salman Abedi, was young (22 years old), Muslim, and a native-born Briton.  His parents were Libyan refugees; he was a disaffected, second-generation immigrant. He did not grow up particularly pious, and appeared to be following a normal path, attending a university before dropping out in 2014.

At this point, neighbors in his Manchester neighborhood told the Daily Telegraph, he became “increasingly devout and withdrawn.” He was suspected of associating with a group of exiled Libyan jihadists, all members of the Libyan Islamic Fighting Group, who lived near him. And he was believed to have traveled to Libya and Syria before turning to mass murder.

One other part of the profile is also disturbingly common: the authorities apparently had evidence that could have led them to stop Abedi, but they failed to act on it. After every terrorist act, anti-Islamic voices demand to know why the Muslim community didn’t do something about the terrorist in its midst. But, usually, someone did try to do something. In Abedi’s case, reported The Independent:

Two people who knew the 22-year-old at college called the anti-terror hotline after he told them “being a suicide bomber was okay….”

Mohammed Shafiq, chief executive of the Ramadhan Foundation, told The Daily Telegraph Abedi was reported two years ago “because he thought he was involved in extremism and terrorism”.

Now, in the wake of the Manchester attack, questions are understandably being raised as to why the police or MI6 failed to stop this ticking time bomb. The specifics of that answer will require an extensive investigation. But the general answer is already obvious: Because the authorities simply have too many leads to follow, and they can’t simply lock up anyone who is accused of harboring extremist thoughts. This is, after all, a liberal democracy—not a dictatorship like Russia or China where thought crimes are actually punishable.

The British security services, like their counterparts across Europe and even in the U.S., are overwhelmed with tips. This is a problem that crops up after practically every terrorist attack. Just to pick an article at random, this is from Newsweek, March 22, 2016: “Tuesday’s deadly attacks on Brussels airport and a metro station, which left at least 30 people dead, demonstrate that the Belgian security forces are overwhelmed and outnumbered by the threat posed by radical Islamists, experts say.” Almost identical articles were written following attacks in Paris, Nice, Orlando, and elsewhere.

So what is to be done? An obvious answer is to increase resources for counter-terrorism. That may, in fact, be necessary, but there is a limit to the resources that can be devoted to fighting this threat, amid all the other demands on the government budget. And, of course, there is also the need to respect civil liberties, which requires investigators to gather evidence of an intention to commit terrorist acts. Simply expressing sympathy with extremists is not a crime. That there are so many failures is hardly the fault of terrorism investigators. The fact that there are not more attacks is, in fact, a tribute to their skill and dedication.

This situation simply suggests the limits of homeland security measures. To be truly effective, they must be combined with efforts to prevent terrorists from creating bases such as Libya, Yemen, Somalia, and Syria from which they can export terrorism. Second but no less important, as I have previously written, these efforts must include a campaign to win “hearts and minds,” especially among Muslim men in their 20s who are the children of immigrants.

The West is lagging in both areas; there is still scant hope for any order emerging out of the chaos of Libya, Yemen, Somalia, or Syria. Bombing individual terrorists, as the U.S. does regularly in these countries, is a valuable undertaking. It is no substitute for fostering moderate local governments capable of policing their own territory.

This is fundamentally a policy failure and one that makes the job of counterterrorism gumshoes much harder than it needs to be. No counter-terrorism strategy will ever be 100 percent successful, but only a multi-dimensional approach will be even remotely adequate. 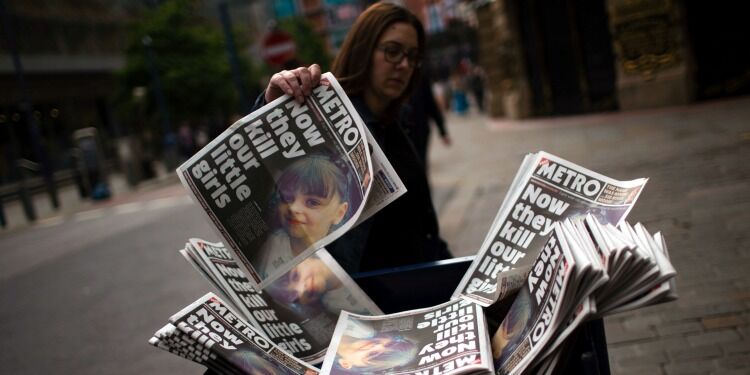