The Washington Post ran a blockbuster report on Thursday night that is in danger of being overlooked in the hullabaloo over the Ninth Circuit upholding a lower court decision to stop the implementation of President Trump’s executive order on immigration. The Post essentially confirmed what had been rumored for weeks: namely that retired Lt. Gen. Michael Flynn, the national security adviser, held secret pre-inauguration talks with the Russian ambassador to Washington, Sergey Kislyak, that undermined then-President Obama’s attempts to impose sanctions on Russia in retaliation for its meddling in the U.S. election.

Flynn had long claimed that his discussions with Kislyak were purely over matters of scheduling and did not involve substantive talks over the fate of U.S. sanctions on Russia. On Thursday, however, Flynn “backed away from that denial,” the Post reported, with his spokesman saying “that while he had no recollection of discussing sanctions, he couldn’t be certain that the topic never came up.”

Unless Flynn has suddenly developed Alzheimer’s, it’s a pretty good bet that he knows the topic did come up—and that his previous denials are, in the argot of the Nixon White House, “inoperative” because he was caught red-handed. The Post account, and a similar article in the New York Times, suggests that U.S. intelligence has transcripts of the conversations based on their routine monitoring of the Russian ambassador. It remains a mystery how Flynn, a former head of the Defense Intelligence Agency, could be unaware that the Russian ambassador’s calls would be wiretapped and then leaked to discredit his versions of events.

There is now talk that Flynn could be prosecuted under the Logan Act, a 1799 law that forbids unauthorized U.S. citizens from negotiating with foreign powers in a dispute with the U.S. While such a prosecution may well be warranted, it is unlikely to occur, not only because it would have to be initiated by the Trump Justice Department but also because no one has ever been prosecuted under the Logan Act.

However that is not the only sanction that Flynn may face. Significantly, Vice President Pence went on TV last month to defend Flynn from charges of premature negotiations with Russia, saying, “They did not discuss anything having to do with the United States’ decision to expel diplomats or impose censure against Russia.” Pence was apparently only relaying what Flynn had told him—but it’s pretty obvious that Flynn did not tell him the whole story.

The vice president should be furious at the way he was used. Whether his ire is enough to threaten Flynn’s job security, no one knows, but the whole incident further raises doubts about the national security advisor’s sagacity. It’s a shame that President Trump has reportedly nixed plans to offer the veteran foreign policy hand Elliott Abrams the post of deputy secretary of state, because this administration desperately needs more adult supervision in the field of foreign policy. 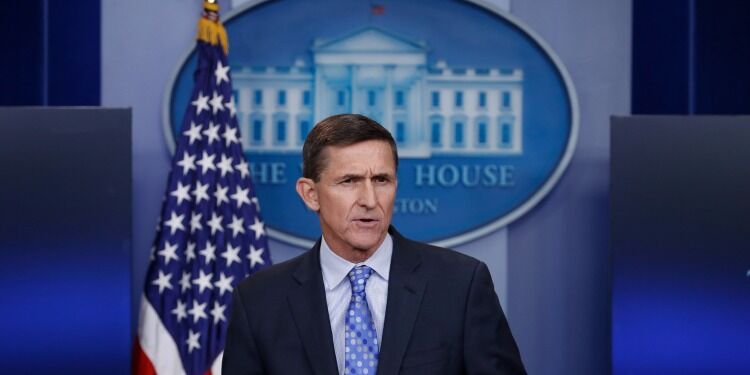