New Orleans Mayor Mitch Landrieu has made a point of removing statues honoring Confederate heroes. As NPR notes, “On April 24, a monument to a deadly 1874 white supremacist uprising was the first to come down. A couple of weeks later, a statue of Confederate President Jefferson Davis was taken away. And on Wednesday, a statue of Confederate General P.G.T. Beauregard was removed.” Finally, last Friday, a giant sculpture of Robert E. Lee came down as well.

Landrieu’s actions have elicited predictable controversy, but he has done a magnificent job of explaining his actions. His address on Friday at Gallier Hall, just before workers removed the Robert E. Lee statue, deserves to be read by every American affected by the issue of race—which is to say, every American.

The key point is how selective defenders of the Confederate statues are in their reverence for history. Landrieu, the white scion of a Louisiana political dynasty, reminded his listeners that there is a lot more to Southern history than heroic charges by gray-clad Confederate warriors. There is also a long legacy of slavery and of Jim Crow discrimination, and the two cannot be separated: Those Confederate soldiers, however brave, were fighting to preserve this repugnant system of American apartheid.

Why there are no slave ship monuments, no prominent markers on public land to remember the lynchings or the slave blocks; nothing to remember this long chapter of our lives; the pain, the sacrifice, the shame … all of it happening on the soil of New Orleans.

So for those self-appointed defenders of history and the monuments, they are eerily silent on what amounts to this historical malfeasance, a lie by omission.

There is a difference between remembrance of history and reverence of it.

The entire speech is worth reading and contemplating. There has been no more eloquent statement on the issue to date. With any luck, it should put an end to the debate over Confederate monuments, which honor, as he noted, not those who fought for this country but whose who fought against it. 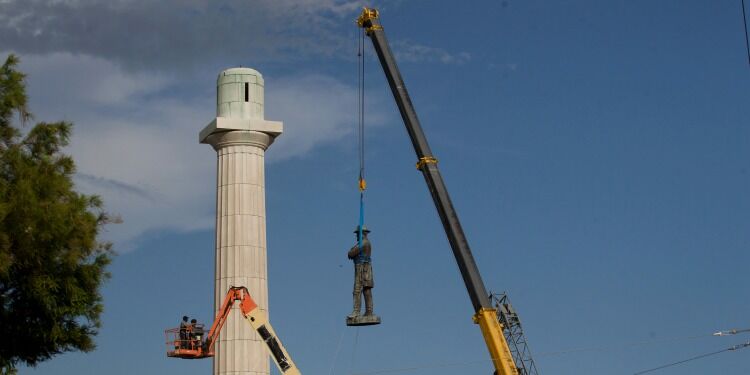