Search
Login
On Tuesday, the Washington Post reported, citing a confidential Defense Intelligence Agency assessment, that “North Korea has successfully produced a miniaturized nuclear warhead that can fit inside its missiles.” Given North Korea’s rapid progress in building ICBMs, that means that it will soon have the capacity to nuke any American city.
That’s alarming enough news, but just as concerning is President Trump’s impromptu response. North Korea, he said,  “has been very threatening beyond a normal state, and as I said, they will be met with fire and fury, and frankly power the likes of which this world has never seen before.”
There is no indication that Trump consulted with his advisers before issuing that chilling threat, nor any sign that he is aware of the extent to which it echoes Harry Truman’s ultimatum to Japan after the atomic bombing of Hiroshima: “If they do not now accept our terms they may expect a rain of ruin from the air, the like of which has never been seen on this earth.”
The parallels are nevertheless real, and they raise ominous questions about what the president is up to. Is he actually prepared to launch a preemptive war against a nuclear-armed state?
Secretary of State Rex Tillerson tried to tamp down concerns, saying that the North Korean threat is not “imminent” and that “Americans should sleep well at night.” But Tillerson has often been out of sync with the White House, and no one imagines that he speaks for the mercurial president.
Even if Trump does not actually intend to launch a war, his incendiary rhetoric raises the risk of miscalculation and, therefore, of conflict. Indeed, shortly after Trump spoke, Pyongyang threatened to strike the U.S. base at Guam.
What is truly scary is that Trump may convince himself that North Korea cannot be deterred once it has acquired nuclear-tipped ICBMs and that there is no choice but to strike now while the U.S. is still immune to nuclear blackmail. Sen. Lindsay Graham, former U.N. Ambassador John Bolton, and other hawks in Washington have been pushing this position, and Graham has hinted that Trump agrees with him.
In reality, while the  North Korean president is a brutal dictator who does not hesitate to murder his own family members to strengthen his grip on power, there is nothing to indicate that he is irrational, much less suicidal. He is developing nuclear weapons for defensive, not offensive, reasons. He saw what happened to Moammar Qaddafi and Saddam Hussein—both overthrown by the U.S.—and he does not want the same thing to happen to him.
Concerns that Kim is undeterrable have no basis in fact. North Korea has had nuclear weapons since at least 2006. It has not used them because it knows that if it does so, the U.S. will retaliate in kind, destroying the North Korean state and killing its leaders. That threat will not go away once North Korea achieves the capacity to hit the U.S. with a nuclear missile. North Korea may have 60 nuclear weapons; the U.S. has 6,800.
It’s worth remembering that Russia also has roughly 7,000 nuclear weapons and that we have lived for almost 70 years with the possibility of nuclear annihilation without ever seriously contemplating a first-strike. Our policy toward the Soviet Union was deterrence and containment. That should be our policy toward North Korea as well.
By all means ramp up sanctions, as the United Nations Security Council did on Saturday in a rare diplomatic win for the administration. Also, step up efforts to undermine Kim Jong-un’s authority by piercing the wall of censorship he has erected around his hermit kingdom. Make clear that the U.S. will retaliate with devastating force to any North Korean attack on us our or our allies. And then sit back and wait for North Korea’s eventual collapse.
It may take seven months or seventy years—no one knows. But a failed state lacking in legitimacy cannot last forever. Sooner or later the Korean Peninsula will be unified under a democratic, pro-Western regime in Seoul. In the meantime, the U.S. should not fall prey to fantasies that a “surgical” strike can excise the nuclear threat.
The U.S. doesn’t know the location of all of North Korea’s nuclear weapons and cannot count on removing them with a first strike. Launching such a strike would be, as John F. Kennedy said during the Cuban Missile Crisis, “a hell of a gamble”—and one that could trigger the very nuclear war it is designed to avert.
I do not doubt that National Security Adviser H.R. McMaster, Secretary of Defense Jim Mattis, and other foreign-policy professionals in the administration realize this. I would sleep better at night if I had more confidence that our president—who as recently as last year had never heard of the nuclear triad and who now traffics in North Korea-style hyperbole–did as well. 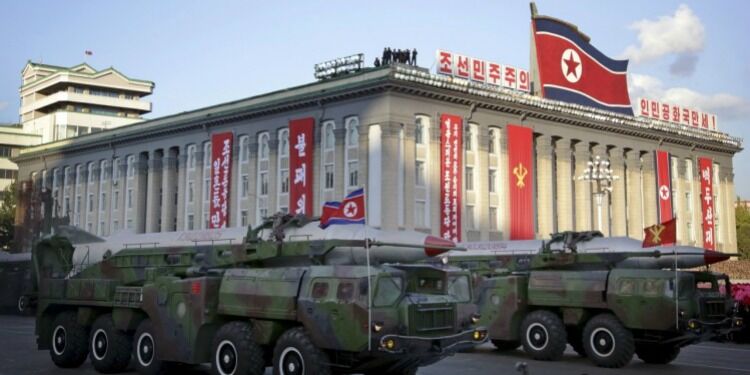 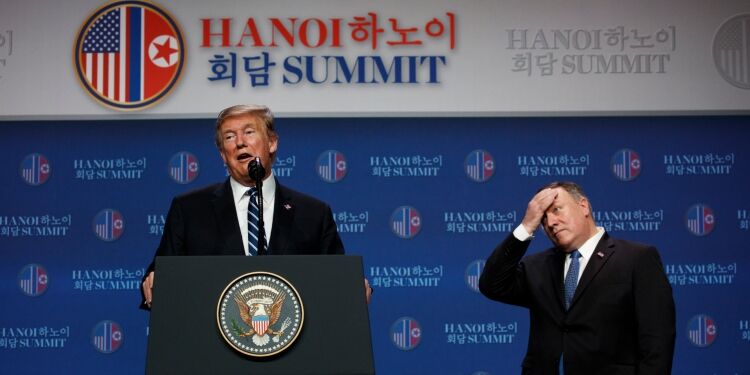 The Soft Bigotry of Low Expectations