There are few people in the world for whom I have more respect than Lieutenant General H.R. McMaster, the newly named national security adviser. A man of integrity and intellect, he is a rare combination of soldier and scholar.

A history Ph.D., he is known as the author of the best-selling book Dereliction of Duty: Lyndon Johnson, Robert McNamara, The Joint Chiefs of Staff, and the Lies that Led to Vietnam, which critiqued the failure of military brass to challenge the disastrous course upon which the Johnson administration embarked in Vietnam. As one might expect, he is known as a fearless truth-teller who is not afraid to offend to make his points, regardless of the personal consequences to his own career.

He is also known, however, for his combat exploits: As a young captain in the Gulf War, he helped defeat a larger Iraqi force in the well-known Battle of 73 Easting (named after a map coordinate). Later, as a colonel in command of the 3rd Armored Cavalry Regiment, he pacified the city of Tal Afar in northern Iraq in 2005, thus pioneering the counterinsurgency tactics that would later be applied across the country by General David Petraeus during the surge.

In more recent years, McMaster has become known for his prescient critique of the technological utopianism that gripped much of the armed forces starting in the 1990s. McMaster has consistently warned that no technological fix will ensure American battlefield dominance and that the lessons of the past have not been rendered obsolete by computer innovations. Few people have thought more deeply about the nature of war based both on extensive reading and personal experience.

It is hard to imagine anyone better qualified to become national security adviser. And yet it will be hard for even an individual of McMaster’s stellar qualifications to fix what ails the Trump foreign policy. There is a structural problem insofar as the president has chosen to grant amorphous foreign-policy authority to Steve Bannon, his campaign chief, and Jared Kushner, his son-in-law. Bannon has even created a competitor to the National Security Council known as the Strategic Initiatives Group.

And there is a personality problem insofar as Trump resists accepting any curbs on his free-wheeling personal pronouncements, both on Twitter and orally, which confound and confuse American allies. Other members of the administration have to perform clean-up duty, as Vice President Pence did in Brussels by reassuring our European allies that the U.S. remains committed to NATO and isn’t opposed to the European Union, and as Secretary of Defense Jim Mattis did in Baghdad by reassuring our Iraqi allies that we are not bent on stealing their oil.

McMaster would have a better chance of success if the president genuinely recognized that his first month has been a failure and decided to make sweeping changes. But so far there is no evidence that this is the case—this is not analogous to Ronald Reagan bringing in Howard Baker as chief of staff and Colin Powell as national security adviser in 1987 to clean up after the Iran-contra mess. McMaster represents a big upgrade over his predecessor, Mike Flynn, but even he will be hard-pressed to impose discipline on a foreign policy process that so far has been utterly chaotic and confusing. 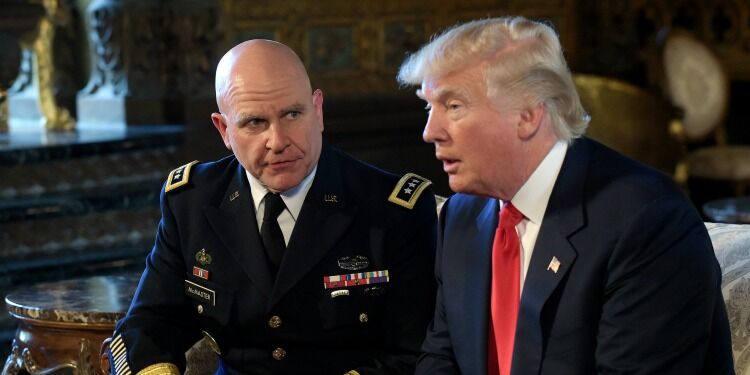