By dispatching as many as 50 Special Operations Forces to Syria, President Obama is doubling down on the U.S. alliance with the Kurdish People’s Protection Force (YPG). This Syrian Kurdish militia is closely aligned with the PKK, the Turkish Kurdish separatist group that has been behind a long-running terrorist campaign aimed at Ankara. It’s not hard to see the attraction of the YPG, which is secular and fairly well organized — in contrast to many of the Arab Sunni fighters who are either Islamists (ISIS, al-Nusra Front) or simply disorganized (the Free Syrian Army). But is the bet that Obama is making a wise one?

This eye-opening dispatch from McClatchey correspondent Roy Gutman raises some serious doubts about whether Washington knows what it is doing. Gutman traveled to the Kurdish enclave in northern Syria, which the YPG would like to turn into the nascent state of Rojava; a proto-state separate not only from Syria proper, but also from the Kurdish Regional Government in Iraq, since the YPG is at odds with Massoud Barzani and his Democratic Party of Kurdistan, which is the dominant force in the Iraqi Kurdish region.

What Gutman discovered is that the YPG has no interest in marching on ISIS’s capital of Raqqa, which is what Washington wants them to do. The YPG’s goal, as its leaders freely admit, is to link together their “cantons” around Afrin and Kobani, two towns on the Syria-Turkey border, to create a more cohesive Rojava statelet that they control. Raqqa is “not so important” to the YPG, because it is a Sunni Arab area and the Kurds know they will not be able to control it even if they could conquer it.

In achieving this goal, the YPG has totally subordinated its only major Sunni Arab ally, the Shammar tribe, which is willing to go along with Kurdish designs for its own purposes: The Shammar tribe is strengthened at the expense of its rivals by the delivery of Western weapons which the YPG controls. The YPG has another tacit alliance that helps it achieve its goals: Damascus and Tehran, both longtime allies of the PKK, appear to be acquiescing in the YPG’s power grab because they don’t view the Kurds as a threat to Bashar Assad’s ambitions of staying in power.

Maybe the Revolutionaries don’t have the capabilities they boast of; it’s usually a safe bet to discount 90% of what any Arab sheikh claims he has in terms of fighting men. But while the YPG can deliver more fighters, it is not for the cause that Washington seeks. There is nothing wrong in theory with a new Kurdish state being born out of the chaos of Syria, but creating that state should not be our objective — our goal should be to destroy ISIS, topple Assad, and end the Syrian civil war. Sending more direct American support to the YPG is not likely to achieve those objectives. It will only alienate Turkey, which is bombing the YPG even as we supply it.

What the U.S. needs is a larger strategy to achieve American objectives in Iraq and Syria.  But there is no evidence of such a strategy. Instead, Obama is playing around the margins, trying one gimmick after another, in the interest of looking like he’s doing something without risking getting dragged in more deeply into another Middle Eastern mess. But as long as the U.S. takes a hands-off attitude and relies on proxies that have their own agendas, the twin forces of Sunni and Shiite extremism — represented by ISIS, al-Nusra, Hezbollah, and the Quds Force — will continue to grow stronger. 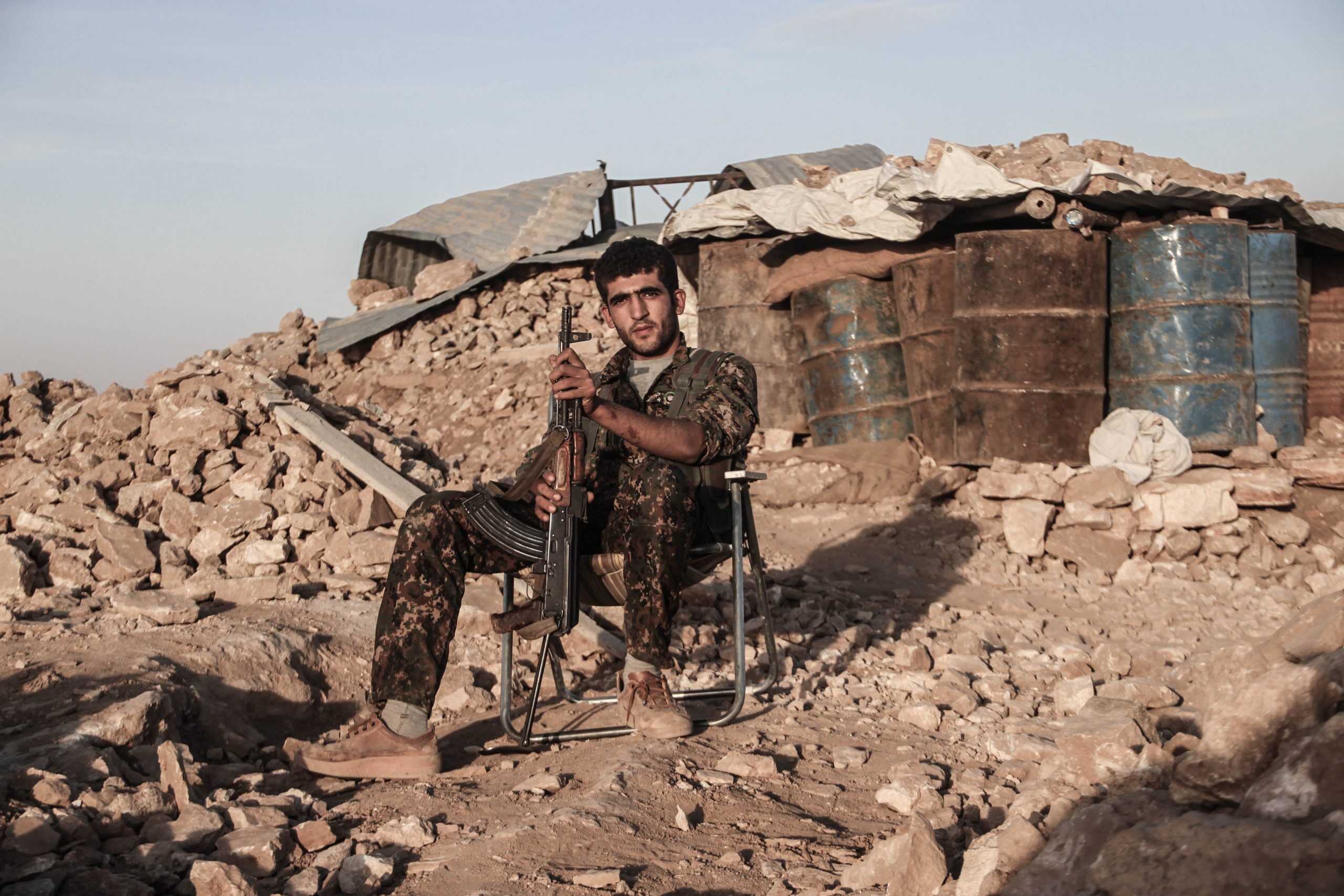