The end of the U.S. presidential campaign also brings an end to Russian attempts to tamper with the outcome. At least, for now. Given the way that Russian intelligence hacked into Democratic emails before the election, we can only hope there will not be any irregularities in the balloting due to Russian hacking.

The U.S., alas, is far from the only place where there are signs of Russian meddling with the political process. The Kremlin is linked, directly or indirectly, to extremist parties all over Europe, both far-left and far-right, that are hostile to NATO and the European Union, two multinational organizations that Vladimir Putin views as obstacles to his plans to recreate a new Russian Empire in Eastern Europe.

Even more egregiously, there are suggestions of Russian involvement in an attempted coup in the tiny nation of Montenegro, one of the successor states to the former Yugoslavia. At least 20 people were arrested on Montenegro’s Election Day, October 16, on charges of plotting to overthrow the government of Montenegro and to assassinate the pro-Western prime minister, Milo Djukanovic. The coup plotters were identified as Serbian nationalists; some of them have fought for the pro-Russian forces in eastern Ukraine.

“We don’t have any evidence that the state of Russia is involved in any sense… but we have evidence that two nationalists from Russia were organizers,” Montenegro’s chief prosecutor said. Somehow I doubt random “nationalists from Russia” would act on their own to subvert the state in Montenegro just as that country is moving toward NATO membership in 2017. This smells like the kind of semi-covert intervention utilizing deniable “little green men” that Putin has pioneered in Ukraine and Georgia.

The Russians are already running an overt propaganda campaign “to keep both Serbia and Montenegro, which are seeking European Union membership, within its sphere of control,” noted the New York Times. “Both countries are traditional Christian Orthodox allies.” This could be the direct-action complement to the propaganda.

Whatever happens in Montenegro—and, for that matter, in the United States–we can expect more such attempts from Putin to subvert the West. As I have written before, it is high time that the U.S. pushed back and made clear to Putin that he will pay a high price for his actions. The U.S. intelligence community actually threatened Russia before today’s U.S. election, warning of dire consequences for Russian computer infrastructure if there is an attempt to interfere with the balloting. But warnings aren’t enough.

Russia needs to get a taste of its own medicine–it needs to see how much harm the National Security Agency’s hackers can inflict if we are provoked. Only by establishing a measure of deterrence can the Western democracies continue functioning free of Russian interference. 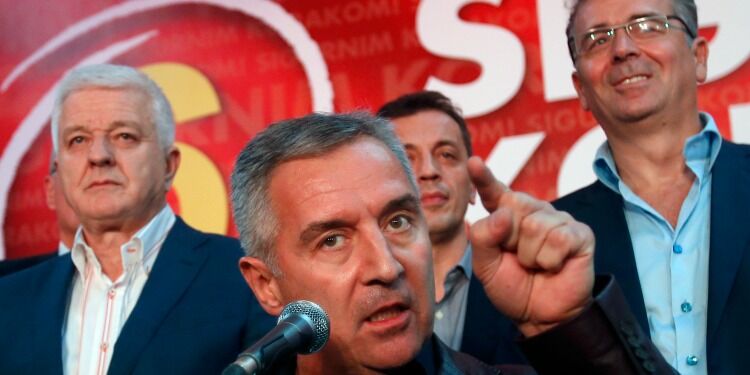