Lt. Gen. H.R. McMaster has fought insurgents in both Iraq and Afghanistan. By now, he must be pining for simpler days when his enemies used bullets and bombs. In recent days this war hero has been the victim of a vicious campaign of calumny on the part of far-right populist-nationalists and, not so coincidentally, the Russia propaganda machinery.

The website Breitbart, once chaired by McMaster’s White House rival Steve Bannon, has run a flurry of articles demanding his ouster. A typical example claimed he is “Increasingly Volatile” and “Frequently Blows his Top.” The Daily Caller wrote that “Everything the President Wants to Do, McMaster Opposes.”

Mike Cernovich, the blogger who alleged that Hillary Clinton was running a pedophile ring out of a Washington pizza parlor, has set up a website called McMasterleaks.com to campaign against the general. “When it launched, the main page displayed a large cartoon of the Rothschilds controlling a George Soros puppet, which in turn controlled puppets representing McMaster and former CIA director David Petraeus,” Rosie Gray reported in The Atlantic. “(The hand labeled ‘Rothschilds’ has since been relabeled ‘Saudis.’ Cernovich told me he changed it because complaints about the cartoon’s anti-Semitism are ‘not a hill to die on,’ and “if everybody wants to complain, then fine—I’ll just put the Saudis at the top.’)”

Jewish bankers? Saudis? Cernovich doesn’t know who’s pulling McMaster’s strings, but he’s sure it’s someone nefarious. There isn’t much consistency in this smear campaign because another anti-McMaster organ claims that he is “deeply hostile to Israel.” So is McMaster a tool of the Jews or their enemy? His critics—who are not, contrary to some headlines, “conservatives” but rather populist-nationalists–can’t keep their story straight.

There is no evidence to indicate that McMaster is a leaker or a closet enemy of Trump. He actually engaged in the thankless exercise of defending the president after he shared top-secret Israeli intelligence about ISIS with the Russian foreign minister and ambassador in the Oval Office.

So why the animosity against McMaster? The most immediate cause is the fact that he has fired from the NSC three populist-nationalists who should never have been hired in the first place—and are now the likely source of leaks against him in the far-right media citing “former NSC officials.”

One of the fired NSC staffers is Rich Higgins. He was let go after circulating a bizarre memo claiming that Trump was the victim of a plot involving globalists, Islamists, “cultural Marxists,” bankers, the Deep State, and assorted other culprits. Higgins claims that evidence of Trump-Russia ties was concocted by this all-pervasive conspiracy. Another of the fired staffers is Ezra Cohen-Watnick, a young DIA analyst who cooperated with Rep. Devin Nunes to spread the phony “Obama Surveillance Scandal.”

McMaster has not endeared himself to the lunatic fringe by apparently concluding (or so Eli Lake reports) that Susan Rice was not guilty of any offense in “unmasking” the names of Trump staffers in surveillance transcripts. (If Rice had done something wrong, you can be sure that Trump would have declassified the documents.) The far-right has also been apoplectic because McMaster extended Rice’s security clearance, even though that’s a routine courtesy extended to all previous national security advisers.

These attacks on McMaster come at a time when Steve Bannon is openly clashing with him over the course of policy in Afghanistan. McMaster wants to send more troops; Bannon wants to withdraw. Why Bannon is even consulted on these questions, after he had been kicked off the NSC principals committee, is a mystery. Karl Rove and David Axelrod were certainly not involved in setting national-security policy in previous administrations—and there would have been a scandal if they were. But apparently, the populist lynch mob is not satisfied that their foremost champion in the White House can weigh in on subjects in which he has no expertise. They are upset that Bannon hasn’t yet carried the day—and they are taking out their frustrations on a war hero.

What makes this assault really sinister is that the Russians are joining in. An organization that tracks Russian propaganda reported: “There’s been a 5,300 [percent] increase in the use of the hashtag “#FireMcMaster” by Russian bots and trolls.” The Russians are, of course, upset with McMaster because he believes in a tougher response to their aggression—advice that the president, regrettably, has not followed.

So an unholy combination of homegrown extremists and foreign enemies is trying to fire the NSC adviser. Mercifully, after a couple of days of letting McMaster twist in the wind, Trump did issue a statement of support: “He is a good man and very pro–Israel. I am grateful for the work he continues to do serving our country.” We can only hope that Trump, despite his rumored frustrations with McMaster, does not give the mob what they want by relieving his national security adviser, who is infinitely more qualified than his critics to opine on issues of war and peace. Not only should Trump keep McMaster on the job; he should listen to him more. 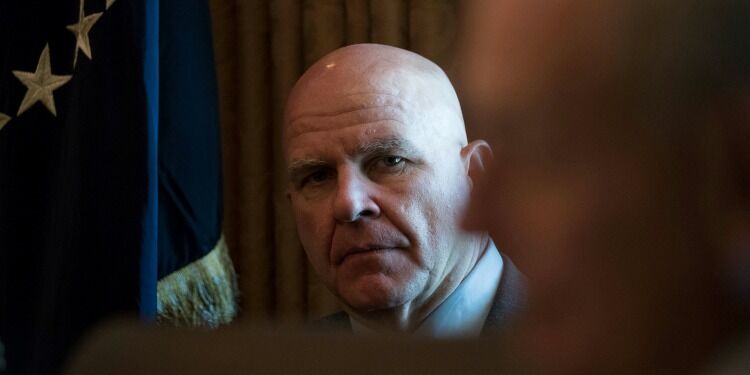