Under pressure from Congress, Secretary of State John Kerry reluctantly and belatedly concluded last week that Islamic State is guilty of genocide against, inter alia, Christians, Yazidis, and Shiites. This is a welcome declaration and a truthful one; ISIS is manifestly guilty of “acts committed with intent to destroy, in whole or in part, a national, ethnical, racial or religious group”–the definition of “genocide” from the 1948 United Nations Convention.

The question is: Now what? The answer seems to be: Not much.

Granted, the U.S. is doing more about ISIS than it has done about other genocidal groups, such as Pol Pot’s Khmer Rouge or the Hutus in Rwanda. The U.S. is presently bombing ISIS and providing support to organizations, such as the Iraqi Security Forces and the Kurdish Peshmerga, that are fighting against it.

By one calculation, the campaign is bearing results: ISIS has reportedly lost 22% of the territory it controlled at its height in 2014. It has lost ground primarily in northern Syria, to the Kurds, and in Anbar Province, to the Iraqi Security Forces and Shiite militias. But ISIS remains secure in its major strongholds, such as Mosul and Raqqa, and it still controls a sprawling state stretching across the Iraq-Syria border. Recent reports from Iraq suggest that no offensive to liberate Mosul is likely to be forthcoming anytime soon.

Moreover, the calculation of how much ground ISIS has lost in its Mesopotamian heartland ignores the issue of how much ground it has gained elsewhere. ISIS now has another province in Sirte, Libya, with some 5,000 fighters — a growth area close to Europe that so far remains relatively unchecked.

Not only has the U.S. failed to come up with an effective strategy to address ISIS’s expansion into Libya, even in Iraq-Syria the anti-ISIS campaign (known as Inherent Resolve) remains relatively desultory. Official Department of Defense statistics indicates that the U.S. has launched 8,386 airstrikes against ISIS since the bombing began on August 8, 2014. That sounds like a lot until you realize that it averages out to only 14.6 air strikes a day. That is far below the average in U.S. wars of recent decades. Consider that during Operation Desert Storm (1991), the U.S. conducted 1,100 strike sorties a day and that during Operation Iraqi Freedom (2003) it conducted 800 strike sorties a day.

Put another way, the U.S. mounted nearly six times as many air strikes a day in Afghanistan in 2001 as it has mounted against ISIS in Iraq and Syria. This is only one difference among many between these two campaigns. In Afghanistan, the U.S. was also willing to embed its Special Forces in front-line units of the Northern Alliance in a way that it is apparently not willing to do with front-line Syrian or Iraqi or Kurdish units today. At least the Joint Special Operations Command has finally joined the fight against ISIS; until recently, the U.S. was not even attempting to capture and interrogate ISIS leaders.

There is, in sum, a notable lack of energy behind the anti-ISIS campaign which is hardly commensurate with the administration’s determination that ISIS is guilty of “genocide.” This appears to be of a piece with Bashar Assad’s crossing of the administration’s “red line” on the use of chemical weapons — a violation that was met with absolutely no consequences.

This administration is, it seems, more adept at waging rhetorical, rather than actual, warfare. Unfortunately, enemies such as ISIS (or, for that matter, Assad) are not terribly impressed by words if they sense — as they are right to — that the president lacks the resolution to back them up. Every president risks a gap between rhetoric and action, but in few administrations has the chasm been as wide as it is today. 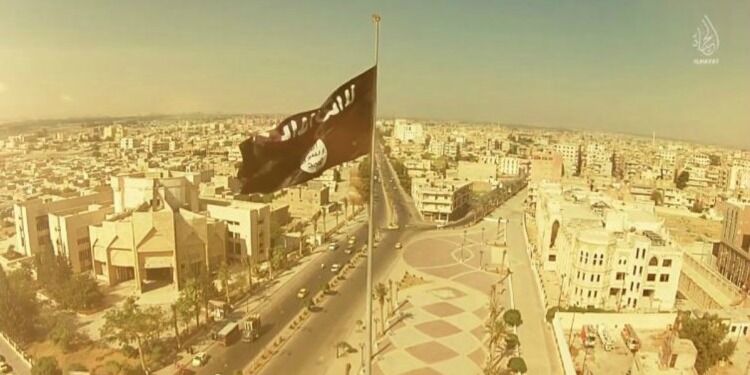