Two New York Times reporters — Eric Schmitt, a national security reporter, and Tim Arango, Baghdad bureau chief — have a thought-provoking article about why American attempts to build up foreign militaries have fared so badly in recent years. The record is indeed replete with failures in places such as Iraq, Syria, Mali, Yemen, and, arguably, even Afghanistan, where the Afghan forces continue to fight hard but have had some of their deficiencies exposed by the temporary fall of Kunduz.

The U.S. experienced many similar failures in earlier decades in places such as South Vietnam and Cambodia. By contrast, the military building programs in countries such as Italy, Germany, South Korea, and Japan have paid off handsomely, producing armed forces that are close American allies and operating partners.

Why the contrast? It can’t just be that we have succeeded in places that are more economically developed. That’s a factor, but it can’t be the whole story because, in the 1950s, South Korea was one of the most impoverished countries in the world, on a par with sub-Saharan Africa.

I would argue the difference — why we succeed in training some foreign forces and not others — come down to a single word: politics.

There is no doubt that our military trainers can easily impart tactical skills — how to shoot a weapon, how to clear a room, even how to organize a combined arms offensive. But as Clausewitz reminded us, war is above all a political act. If a military force does not have a popular and legitimate political basis, it doesn’t matter how tactically proficient it is. It will either fail (as in Iraq or Yemen), or become so strong that it will take over the state (as happened in South Vietnam, Chile, and Mali, among other places).

The historical record suggests we need to place more emphasis on buttressing the political legitimacy of our allies rather than just the tactical proficiency of their armed forces. That requires nation-building — something that is hard and unpopular, but unavoidable if we want to avoid squandering a lot of effort on failed military-assistance programs.

History also suggests that there is one way above all others that we can be effective at nation-building — and that is by maintaining a long-term presence in a country we are helping. Surely it is no coincidence that the U.S. armed forces remain stationed in Germany, Japan, South Korea, Italy, and other post-1945 success stories. It’s likely that at least some of these countries would not have had such a successful journey toward prosperity and stability absent the ballast provided by a continuing U.S. presence.

The imperative is all the greater in countries as unstable as Afghanistan and Iraq. We have already seen in Iraq what happens when the U.S. pulls out too quickly; the army and, indeed, the whole state becomes corrupted and undermined by sectarian forces allowing for the rise of powerful foes such as ISIS. The recent takeover of Kunduz serves as a reminder that Afghanistan is in danger of a similar implosion should the U.S. leave at the end of 2016 as President Obama vows to do.

There is no magical formula to training effective foreign militaries. It simply requires learning the lessons of the past and emphasizing the importance of building a stable and legitimate polity through a long-term commitment. 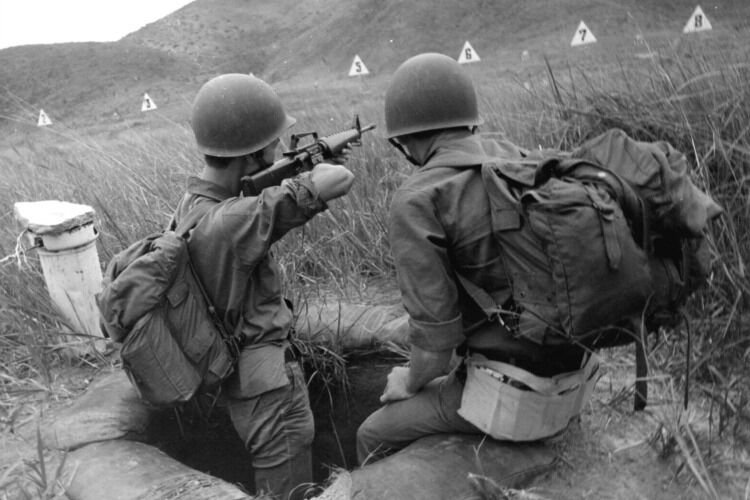