That was a fascinating admission from President Obama. Asked on Sunday by Chris Wallace of Fox News what his biggest mistake was, he said: “Probably failing to plan for the day after what I think was the right thing to do in intervening in Libya.”

That’s a considerable improvement over what he told Jeff Goldberg. In his Atlantic interview, the president tried to put the blame on our allies: “When I go back and I ask myself what went wrong there’s room for criticism, because I had more faith in the Europeans, given Libya’s proximity, being invested in the follow-up.”

Of course, anyone who has been following trans-Atlantic relations since 1945 — or at least since the Suez Crisis in 1956 — should know perfectly well that that Europeans won’t do anything unless the U.S. leads the way. To think otherwise reveals an amazing level of naiveté.

It’s just as amazing to hear Obama admit that he didn’t plan for the day after Muammar Gaddafi’s downfall. By that point – 2011 – it was not exactly a secret that bad things happen if the U.S. and its allies overthrow a strongman without having a plan for what comes next. Iraq and Afghanistan both provided ample evidence of the horrors that can be unleashed. That’s why some of us were warning at the time — see this March 21, 2011, op-ed I published in the New York Times — that it was necessary to prepare for a post-Gaddafi Libya. “Like such other post-conflict states as Kosovo and East Timor,” I wrote, “post-Gaddafi Libya will most likely need an international peacekeeping force.” It did not take much prescience to offer such advice, and I was hardly the only one making this point.

Yet Obama ignored this counsel. Why? He’s not a stupid man. He could see for himself the lessons of history. Yet he ignored them because, I believe, he is a deeply ideological person who is so committed to withdrawal from the Middle East that he will carry on regardless of how catastrophic the consequences are.

Indeed, if you think about it, Libya was only one of the major mistakes that Obama made — and most of others were in the Middle East, too. Competing for the prize of “worst Obama blunder” were his decision to pull U.S. troops out of Iraq in 2011 and his decision to proclaim but not enforce a “red line” in Syria in 2013. Both of these decisions created a power vacuum in Iraq and Syria that led to the rise of the Islamic State. Both also severely undermined American credibility. The only other Obama blunders that come close are his refusal to provide arms to Ukraine to defend itself and his willingness to go along with steep cuts in the defense budget that have undermined our ability to deter Russia and China.

These are not accidental blunders. They are of a piece — part and parcel of the president’s desire to pull back militarily, especially in the Middle East. The region and the world are now paying a price for that decision. In years to come, I predict, Obama’s historical reputation will suffer as well — not just because he made costly mistakes but also because (unlike George W. Bush with the “surge” or Jimmy Carter with the defense buildup and the arming of the mujahedeen) he refused to readjust his course even when its heavy costs became obvious. 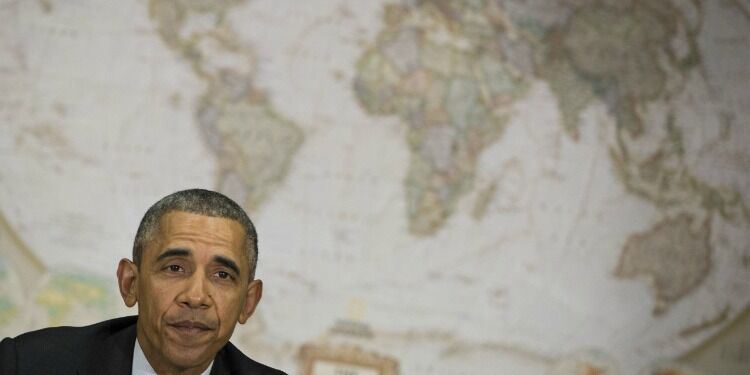