On Sunday night, as Americans were transfixed by the spectacle of the second presidential debate, events occurred off the coast of Yemen that remind us of the kind of challenges with which a president must contend. Two ballistic missiles were fired at a U.S. destroyer in international waters from the part of Yemen controlled by the Houthis, an Iranian-back militia. The missiles did not hit the USS Mason, although it’s unclear if they had some internal defect or whether the ship defended itself with its suite of missile-defense systems.

U.S. warships do not routinely come under attack. When they do, it’s called an act of war. So someone has committed an act of war against the United States. The proximate culprit appears to be the Houthi movement, which is mad at America for backing an assault on it by Saudi Arabia and the United Arab Emirates. Just last week, an Emirati ship was destroyed off the same part of the Yemen coast. But the Houthis are hardly lone actors. They do not manufacture their own missiles. They get them from Iran. That suggests this could be seen as an act of war by Iran against the United States.

It is an incident that is far more serious than the way it is being treated. It is, in fact, almost entirely overshadowed by the furor over the Trump campaign. The Obama administration should not be allowed to ignore it–if that is, in fact, its intent.

“A senior Obama administration official” told the Washington Post:  “Our first priority is the safety and security of Americans overseas, and we will take all appropriate actions to protect our men and women in uniform in the region.”

But what action? The administration will want to do as little as possible for fear of alienating Iran and thus scuttling the nuclear deal. This is what those of us who opposed the deal predicted–that it would become a cover for Iranian aggression that the U.S. could not stop because the mullahs could always blackmail us with threats of restarting their nuclear program. But if the U.S. continues to ignore Iranian aggression, the result will be to plunge the region deeper into conflict and empower extremists of both Shiite and Sunni persuasion.

Obama would be wise to heed Senator Lindsay Graham, who calls on the administration to retaliate “swiftly and decisively” and to make clear to the Iranians that they will be held accountable for the actions of their proxies. Retaliating by bombing Houthi positions would be the simplest recourse but not necessarily the one that would do the greatest damage to Iran. Targeting the aircraft of Bashar Assad, a more important Iranian ally, would send an even stronger message. There are also, of course, a range of sanctions that could be applied.

Just as it’s imperative to retaliate for Russian aggression, such as the cyber-attack on the DNC, so, too, is it necessary to retaliate for Iranian aggression such as firing missiles at our ships. A failure to punish these predatory regimes now won’t lead to peace in our time. It will only lead to a bigger and costlier war in the future. Standing up to bullies is not only the right course morally; it is also the right course strategically. 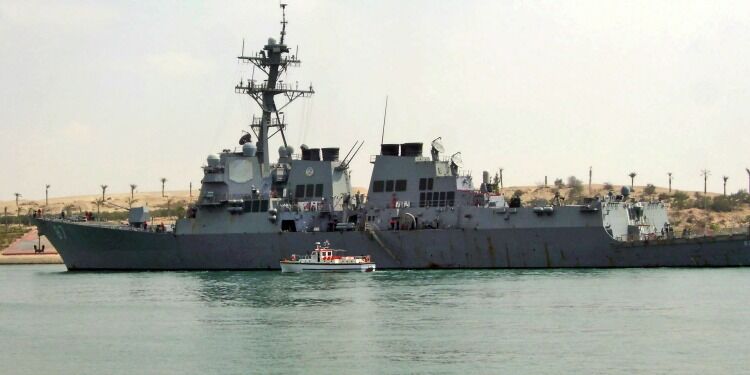