Professor Bernard Lewis and the late Professor Fouad Ajami founded the Association for the Study of the Middle East and Africa (ASMEA) eight years ago after the Middle East Studies Association (MESA), long the main professional association for historians and other scholars of the Middle East increasingly allowed itself to be co-opted by polemics and the hatreds driving the region. Martin Kramer, president of Shalem College, had masterfully chronicled MESA’s unhinged descent into hostility toward the United States, virulent anti-Zionism, and more. Here are just a few of his recent posts regarding the professional organization.

Academics need not be in the service to their home governments, but there is nothing wrong with relevance to the problems faced in the region. While MESA members might discuss anthropology of the environment, prostitution in early modern Turkey, or reflections on a contemporary Lebanese poet, serious panels that address the realities of the contemporary Middle East are few and far between. Far more rare were panels that focused on debate among divergent views rather than affirmation of whatever the academic conventional wisdom might be. Terrorism and radical Islam were seldom discussed, nor did MESA tackle big questions such as

Enter ASMEA. Its mission statement declares that it seeks:

To promote the highest standards of academic research and teaching in the fields of Middle Eastern and African studies and related disciplines through programs, publications, and services that support its members, the international community of scholars, and interested members of the public.

Its website also declares that “ASMEA is, first and foremost, a community of scholars concerned with protecting academic freedom and promoting the search for truth….”

ASMEA has had a laudable track record over the years. Its first conference brought together a truly international array of scholars to discuss issues ranging from Islam in Somali resistance to British colonial rule, to al-Qaeda’s defeat (at the time) in Algeria, to questions regarding terrorism and the justice system in Iran. ASMEA’s second conference featured former U.S. ambassador to the United Nations John Bolton and a panel on Middle East and Africa studies in the military. In 2010, ASMEA featured a keynote address by Leslie Gelb, the former president of the Council on Foreign Relations, as well as the usual array of relevant panels and discussion topics. Such academic and policy relevance continued over subsequent years. In 2011, ASMEA featured a presentation by Iraqi Kurdistan’s Prime Minister Barham Salih, a friend of Ajami (who, alas, was not beyond using that friendship) as well as by the Libyan ambassador. The following year the ambassador of Bahrain gave opening remarks, a curious choice given the often violent crackdown on civil society in which the government on whose behalf she spoke had just engaged. Perhaps, however, ASMEA was swayed by the curiosity of a Jewish female ambassador from an Arab country. Last year, ASMEA chose Meir Litvak, a masterful professor at Tel Aviv University, to give a keynote address, while Lukman Faily, the Iraqi ambassador provided additional remarks.

This year, however, ASMEA has chosen Bayan Sami Abdul Rahman, the Kurdistan Regional Government’s representative to Washington, DC, to provide the opening remarks. The choice is akin to choosing Mahmoud Abbas, the Palestinian Authority chairman, for the simple reason that rather than symbolize free discourse and honor democratic legitimacy, both lead or represent governments that have turned their back on democracy. Abbas, for example, is in the 11th year of his four-year term. In Iraqi Kurdistan, Masoud Barzani — the leader to whom Bayan holds unwavering personal allegiance — was already two years past the end of his second term, when he decided he would not step down as per the Kurdish constitution. In effect, Bayan has become not the voice for a new Middle East, but a mouthpiece for an autocracy increasingly repressive toward independent journalists, academics, and civil society.

The attacks by the Kurdistan Regional Government on free scholarship are more troubling. In Kurdistan, universities have far more to do with prestige than academics. They are, in effect, what land cruisers once were to Kurdish politicians, before Kurdistan struck oil and land cruisers became less a status symbol and more the new normal.

Barham Salih began the trend when he created the American University of Iraq- Sulaimani (AUI-S). Barham is truly committed to reforming education, but he is also a committed politician, and strictly controls guest speakers and faculty discourse to ensure that academic discussion does not antagonize his political patrons or Kurdistan’s political leaders. It is a mild form of autocracy, say along the lines of Singapore, and it is far from true academic freedom.

Barzani has always been a jealous man with shaky self-confidence, constantly afraid of being shown up by underlings. As AUI-S attracted fawning international attention, he directed the creation of the University of Kurdistan. While that began with great promise and truckloads of cash, it went nowhere, as the Barzani family would not give it even half the space that students at AUI-S enjoy. Political allegiance to Barzani also became a far greater determinant of success at the University of Kurdistan than at AUI-S. More recently, Barzani has tried to match AUI-S by creating the American University Duhok Kurdistan, which is little more than an academic joke rapidly diluting the “American University” brand name.

Bayan has further taken Kurdistan’s constraints on academic discourse into Washington, tying Kurdish support for various institutions to their willingness to ensure friendly audience and non-controversial questions. MESA has always been deferential to dictatorships, welcoming apologetics for the Islamic Republic, Syria, and Saudi Arabia into its fold and giving them official imprimatur. Kurdistan is very relevant to discourse today, and ASMEA is wise to address its rise; how unfortunate they put together a keynote speech by the voice piece for a single party and then a roundtable dominated by partisans from that same party (with one outside sympathizer to that party). There are no voices from the opposition Gorran, none from Syrian Kurdistan, none from the Kurdistan Workers Party (PKK) or its legal Turkish arm (HDP), and no independent Kurdish journalists, many of whom have risked their lives to report on the corruption and human rights abuses of the government which Bayan represents. How unfortunate it is that after just eight years, ASMEA appears to be heading down the path hewn by MESA, rather than steering clear of its predecessor’s mistakes. 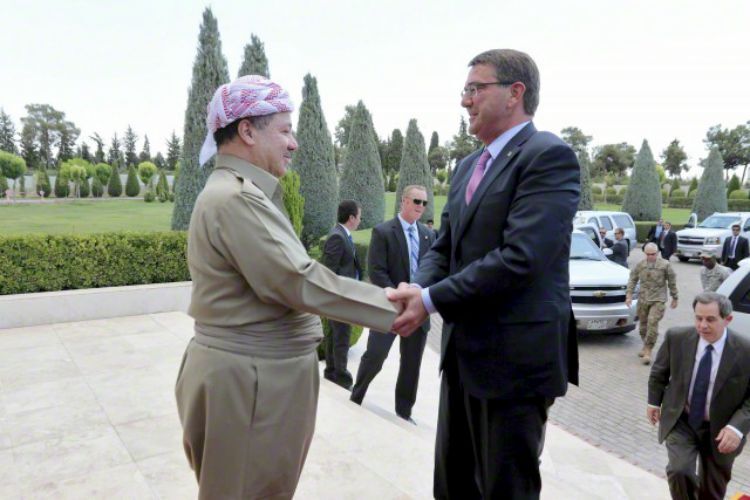