One of the greatest problems American diplomacy faces is its insulation. The last time Secretary of State John Kerry had to face the real world was in Vietnam. Ever since winning elective office, and especially after marrying the ketchup magnate widow of late Pennsylvania senator John Heinz, the perks of office and great wealth have insulated Kerry from reality.

This has become reflected in Kerry’s ever-shifting approach on Syria. In a world without any moral compass, where moral equivalence runs rampant, and where bureaucratic culture deems talk the solution to any problem, suggesting Bashar al-Assad might stay in power for a time or effectively have a seat at the table might seem like a perfectly logical part of a solution.

Not only will bring Assad and his Iranian backers to the table fail to bring peace or at least stability to Syria, it will also be a massive shot of adrenaline for Islamic State (ISIS, ISIL, Daesh) recruitment.

Kerry should consider U.S. history and, specifically, the case of Emmett Till’s tragedy, the 14-year-old Chicago boy who was murdered in Mississippi just over 40 years ago. Any American with even a passing understanding of the civil rights movement should know the Emmett Till story: While in Mississippi visiting family, Till allegedly flirted with or even looked at a white woman “the wrong way.” For that, he was tortured and murdered. From a History channel description:

His assailants–the white woman’s husband and her brother–made Emmett carry a 75-pound cotton-gin fan to the bank of the Tallahatchie River and ordered him to take off his clothes. The two men then beat him nearly to death, gouged out his eye, shot him in the head, and then threw his body, tied to the cotton-gin fan with barbed wire, into the river.

His body was recovered and returned to his parents. Rather than simply bury their son and accept their loss as the cost of living in a racist society, Till’s parents held an open-casket funeral so that everyone could see the reality of 1950s Mississippi and the arbitrary and horrific violence which young black men might face. Jet Magazine photographed Till at his funeral, amplifying his case into a national conversation. Certainly, those in New England could, on a theoretical level, understand the segregated South, but the Jet spread forced people to confront reality.

Back to Syria: On April 24, 2011, Syrian security forces arrested 13-year-old Hamza Ali al-Khateeb and some of his friends at a protest. Hamza allegedly had thrown a rock or somehow defaced a picture of Bashar al-Assad. A month after his arrest, security forces returned his body to his parents. He had been emasculated, his eyes gauged out, and his torturers had burned him repeatedly with cigarettes. Every finger had been broken.

In From Beirut to Jerusalem, Thomas Friedman nicknamed the logic of Hafez al-Assad’s 1982 crackdown on the Muslim Brotherhood in Hama as “Hama Rules.” If Islamists challenged the Assad regime, Assad would react with disproportionate force. The elder Assad had the Syrian army quarantine off the center of Hama and leveled it, easily killing over 10,000 people (Assad would brag that the number was far greater). By murdering Hamza, Hafez al-Assad’s son and successor, Bashar (at the time still labeled a reformer by Secretary of State Hillary Clinton and then-House Majority leader Nancy Pelosi), was simply trying a similar strategy: Retaliate with horrific violence in order to intimidate ordinary citizenry.

What Assad did not count on was that Hamza’s parents allowed television and media to film their son’s body. Al Jazeera — at the time, still the most-watched Arabic-language satellite station — broadcast Hamza’s case across the airwaves from Morocco to Malaysia and made Hamza Ali al-Khateeb a household name. Rather than cower, Syrians did two things: They either fled along with their families — sparking a refugee crisis was part of Assad’s strategy to rid himself of opponents and put pressure on neighboring states — or they redoubled their opposition. After seeing what the regime did to a 13-year-old boy, they recognized they had passed the point of no return.

In the wake of Till’s murder and the acquittal of his assailants, there was a serious attempt at legal reform. The Civil Rights Acts of 1957 allowed the Federal government jurisdiction in places where the local judiciary was too compromised by racism.

What Kerry is in effect doing in Syria is the opposite: To make an ahistorical analogy, his policy is equivalent to telling the Till’s and the broader African-American community that they should just “get over it” and that the way to quiet is to work with Till’s murderers. Now Kerry and his advisors might find such an analogy unfair. The fact that they do not understand tipping points like Hamza’s murder, however, has more to do with their insulation that a deliberate callousness. The effect, however, is the same.

So how will Syrians react? The moderates — if any still exist — will be the big loser. Ordinary Syrians can rightly say they have failed at their mission, having received no real outside support and achieved even less on the ground. Many otherwise apolitical Syrians might not care for some of the excesses of the Islamic State, but the alternative of cooperating in any way with a man responsible for Hamza’s murder, the tortures depicted by ‘Caesar’ and the deaths of tens of thousands of others, is simply too great to bear.

U.S. training programs under David Petraeus, Martin Dempsey, and, most recently, John Allen, have been costly disasters, and the so-called moderates shed their moderation not long after Hamza was killed. Russia has shown that airstrikes can change the situation on the ground. Perhaps now is the time to destroy the Islamic State capital at Raqqa — an unapologetic and sustained shock-and-awe campaign to leave not a single militant alive or at least out in the open — while at the same time pumping equipment and cash into the hands of the Kurdish Yekîneyên Parastina Gel (YPG); the only group with a strong and sustained record of success against both the Islamic State and, to the extent they have fought, the Syrian regime as well. Let the YPG take Raqqa. If Arab residents are unable to accept that, let them leave. Osama bin Laden rightly said “everyone loves the strong horse.” The key to success is to undercut momentum, and if the Islamic State loses their capital, that would go a long way to undercutting their image and online recruitment efforts.

At the same time, it is long past time to target rather than give a pass to regime sites, even if symbolic. Assad’s palace should be fair game, as should the regime’s most notorious prisons. Neither would bring about the collapse that, in the short term, the Obama administration fears in concern about who would fill the vacuum. A no-fly zone would prevent the Syrian air force from using its planes to drop barrel bombs on civilians. (Why Assad and his supporters had not gone after Raqqa while they had a monopoly over the Syrian skies is a question those who argue that Assad and his Iranian-backers are serious about defeating ISIS should answer).

Any number of other elements might be discussed. Some Obama administration officials — most notably, Defense Secretary Ash Carter — seem to be moving closer to putting American forces more frequently in harm’s way. Any strategy to utilize boots on the ground, however, will come to naught if Kerry is essentially operating at cross purposes, however, engaging in simplistic strategy that plays into Russian and Iranian hands to strength Assad while at the same time bolstering ISIS recruitment. “First do no harm,” should not only be a mantra for doctors; it should be something Kerry and his crew repeat every single day before they start seeking to legitimize Assad. 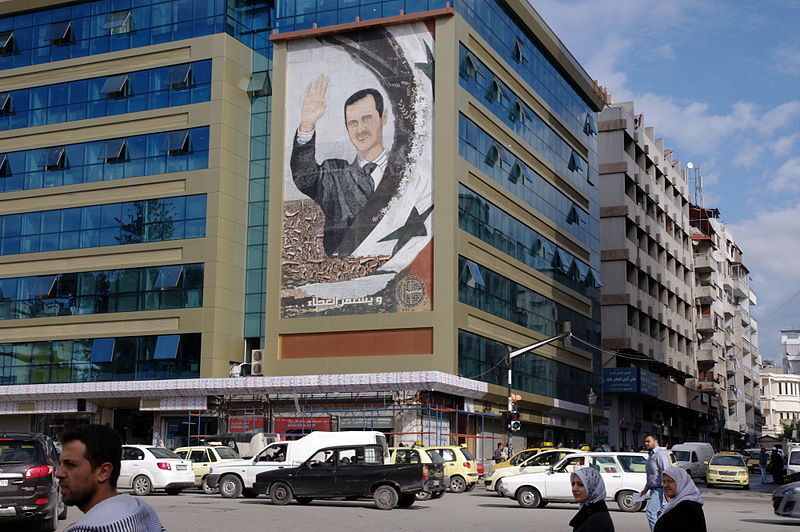