Turkey’s President Recep Tayyip Erdogan will increasingly be in the news over the next two months as Turkey approaches its April 16 referendum on a new constitution which, if passed, will confirm and formalize the dictatorial powers Erdogan already assumes. At issue for the United States and the West is Turkey’s future generation. Whether relations with Turkey will enter a “new day” as Vice President Mike Pence has promised, or whether Erdogan will drive Turkey further away from the West and NATO.

Much has been written about the Turkish leader over the decades. He first came to the attention of Western countries in the early 1990s as mayor of Istanbul, an Islamist leading what was then perceived as a Western-oriented, progressive, cosmopolitan city. He was successful with reforms and constituent services, but Turkish courts ousted and subsequently imprisoned him and banned him from political office on religious incitement charges. Erdogan’s ouster and imprisonment merited little more than a footnote in most Western papers at the time. Fair or unfair, most American diplomats wrote Erdogan off.

He again appeared on the radar in the run-up to the 2002 Turkish elections, which occurred against the backdrop of a financial crisis, malaise, and a wave of anti-incumbent feeling. Former U.S. ambassadors sang Erdogan’s praises. So, too, did scholars affiliated with Fethullah Gulen’s Hizmet movement, which at the time allied itself with Erdogan against the broader secular order. A bipartisan array of U.S. policymakers agreed. They accepted and promoted the idea that Erdogan had learned lessons from excesses of past Islamist movement and that he could personally bridge Islamism with liberal democracy while Turkey continued to bridge East and West.

Erdogan’s actions first as prime minister and then as president convinced people that the promise with which many approached the Turkish leader were not only misplaced but dead wrong. There is a growing consensus among a broad and bipartisan array of Turkey watchers that Erdogan is a dictator. The chief debate now is whether Erdogan uses Islamism cynically as a tool to achieve a Putin-style dictatorship or whether he internalizes Islamism to the extent that he seeks fundamentally to transform Turkish society into a more religiously conservative society, or perhaps even an Islamic Republic or sultanate. In my own recent study of Erdogan for COMMENTARY, I lean toward the latter.

Against the backdrop of the constitutional watershed in Turkey, it is useful to step back and consider more broadly who Erdogan is and how deftly he transformed Turkey. Fortunately, in An Uncertain Ally, a new book to be released later this month, David L. Phillips, director of the Program on Peace-building and Rights at Columbia University’s Institute for the Study of Human Rights, provides an answer. (Phillips and I have a history of clashing over policy, especially with regard to Iraq and the George W. Bush administration, but good work is good work, and An Uncertain Ally is great work). Surprisingly little is written about Erdogan. Authors who do tackle the subject—especially those who are Turkish, have family in Turkey, or whose think tank or university jobs require access to Erdogan, his political deputies, or Turkey itself, too often self-censor. None of this applies to Phillips who has always called things the way he has seen them regardless of how it might impact access. Intellectual honesty is, unfortunately, too rare a trait.

Phillips brings to his work decades of experience watching Turkey, more than 40 trips, and numerous times traveling around the country. He has an array of contacts across Turkish and Kurdish society that make diplomats jealous.

Much has been written in COMMENTARY about Turkish politics and foreign policy, and so it is not worth rehashing all those problems here. The importance of An Uncertain Ally is in its ability to go beyond daily or weekly crises and infuse analysis of Turkey with deeper psychological and cultural insight. Here, Phillips’ chapter on Erdogan is important. Phillips traces the Turkish leader from his youth in the Black Sea town of Rize and his teenage years in a poor neighborhood of Istanbul. Environment matters. “Rize is a socially and religiously conservative community, where Turkish nationalism in the model of Mustafa Kemal Ataturk blended seamlessly with religiosity,” he wrote, adding, “The residents of Rize are known for their patriotism as well as intolerance toward minorities such as Kurds, Armenians, and Jews.”

Phillips also details Erdogan’s family life. Anyone who watches Erdogan now cannot help but wonder how this shaped the Turkish leader. Phillips quotes Erdogan: “My father was very authoritarian. He was very instrumental in both our upbringing and character formation,” Erdogan says. “The penalty for even opening your mouth to utter a bad word was very heavy.” His mother, meanwhile, “was a traditional housewife who never left her home without a headscarf.”

Phillips examines at Erdogan’s youth, peddling postcards and snacks on the street, working hard at school but not distinguishing himself, and finally graduating from an Imam Hatip school, the Turkish equivalent of a madrasa, albeit one regulated by the state. The Imam Hatip education and subsequently prayer leader school influenced Erdogan deeply. As prime minister, Erdogan sought to expand the religious school system and famously promised to raise a “religious generation,” in contrast to the secular, more liberal students Turkey’s elite schools had aspired to churn out for decades.

An Uncertain Ally may not always break new ground, but it is a very useful compendium, compiling in one place an impressive but hitherto scattered body of work. Phillips’ research team was thorough, parsing not only the English language reporting but, more importantly, also including Turkish sources.  In short, Phillips has provided a great service. Whether as a partner, an adversary, or both, Turkey will become a crucial concern to American policy. If there’s one book to have as a ready reference, An Uncertain Ally is it. 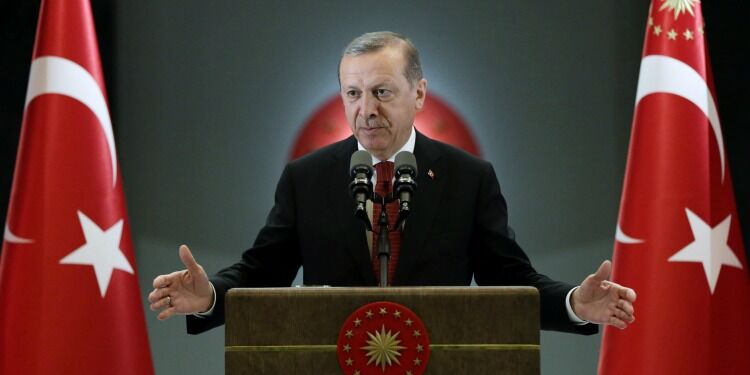 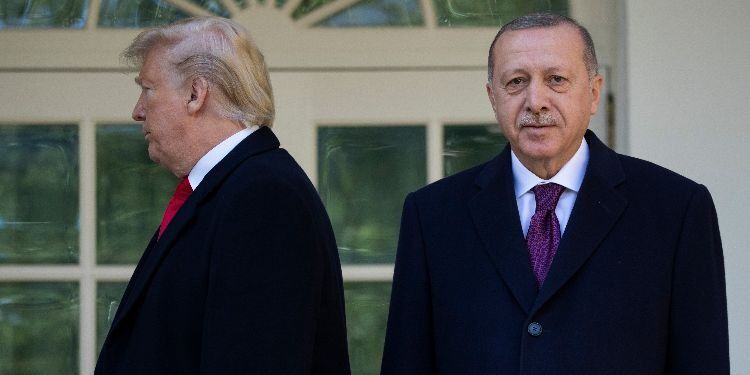 A Reprieve for a Hostage of Sultan Erdogan