The State Department is pushing back on any implementation of the “Visa Waiver Program Improvement Act of 2015,” which revokes automatic visa waivers for nationals of Iraq, Syria, or state sponsors of terrorism who might hold passports of countries participating in the visa waiver program. The purpose of the law is to enable the Department of Homeland Security the ability to better vet those who might operate under the cover of legitimate or fraudulent European documents. Caution is necessary as immigration change demography and new security threats emerge in the guise of Islamist terror organizations that effectively act as trans-national insurgencies. The issue isn’t the struggle between some Sunni and Shi‘ite for sectarian supremacy, but rather extremism across the religious spectrum.

Enter Secretary of State John Kerry and his staff. According to a report by the indefatigable Josh Rogin and Eli Lake at Bloomberg, the State Department is now pushing back on Congress and arguing as per the Iranian government and its lobby in the United States that such extra scrutiny amounts to a violation of the Joint Comprehensive Plan of Action (JCPOA), the so-called Iran deal. As Rogin and Lake write:

Members of Congress knew the Iran nuclear deal came with strings attached. They just didn’t know how many… In the latest example of the U.S. effort to reassure Iran, the State Department is scrambling to confirm to Iran that it won’t enforce new rules that would increase screening of Europeans who have visited Iran and plan to come to America. There is concern the new visa waiver provisions, included in the omnibus budget Congress passed last week, would hinder business people seeking to open up new ventures in Iran once sanctions are lifted.   U.S. officials confirmed over the weekend that Secretary of State John Kerry sent his Iranian counterpart, Javad Zarif, a letter promising to use executive powers to waive the new restrictions on those who have visited Iran but are citizens of countries in the Visa Waiver Program. These officials also told us that they have told Iranian diplomats that, because they are not specific to Iran, the new visa waiver provisions do not violate the detailed sequence of steps Iran and other countries committed to taking as part of the agreement. Even so, the State Department is promising to sidestep the new rule.

Let’s put aside the fact that Iranian authorities seem to violate the deal by repeatedly taking and holding Americans and Iranian Americans as hostages. Daniel Levinson, the son of the longest-held American hostage, this weekend has a must-read piece in the Washington Post that noted, among other things, that proponents of the deal actually threw a party celebrating it. Never mind the fact that Americans remain in Iranian prisons.

The controversy is actually reminiscent of one 16 years ago when Iran advocacy organizations and their fellow travelers complained about the U.S. government’s decision to begin fingerprinting Iranian travelers. Indeed, in December 1999, six Iranian scholars alleged they were so insulted at JFK airport that they had no choice but to return to Iran. Iranians were fingerprinted upon entering the United States for two reasons: First, fingerprinting was and is still necessary because the Iranian government continues to refuse to allow American consular officials to visit Tehran to issue visas. Iran’s Supreme Leader, Ayatollah Ali Khamenei then as now ridiculed the notion of a consular office in Tehran as a subterfuge to set up a U.S. spy center. Terrorists can use aliases to evade computer searches, but fingerprints do not lie. Counterfeit visas are always a problem. In 1993, Immigration and Naturalization Service inspectors confiscated 170,000 fraudulent documents, and that did not count what escaped their notice. In the years since, with North Korea, Iran, and now reportedly the Islamic State possessing machines to produce high-quality counterfeit American and European documents, an additional check in a visa application is both wise and necessary. Second, no diplomat should forget that Iran still sponsors terrorism and has ordered assassinations overseas. In 2006, the Islamic Revolutionary Guard Corps successfully infiltrated an agent into the Arkansas National Guard and, five years later, undertook a plot to assassinate the Saudi ambassador to the United States on American soil.

Today, of course, fingerprinting at airports in both the United States and across the world is simply considered prudent. No government complains that the quick fingerprinting process — often conducted electronically — hampers business or travel, and yet those were the arguments made when the requirement was first adopted. The same holds true for requiring visas in advance in situations where there might be a risk to American security. Congress is acting to protect American security. It’s about time the State Department did as well. If Kerry refuses to uphold the law, it’s long past time Congress used its power of the purse to compel remind Kerry and his aides that they answer to Congress and not vice versa. 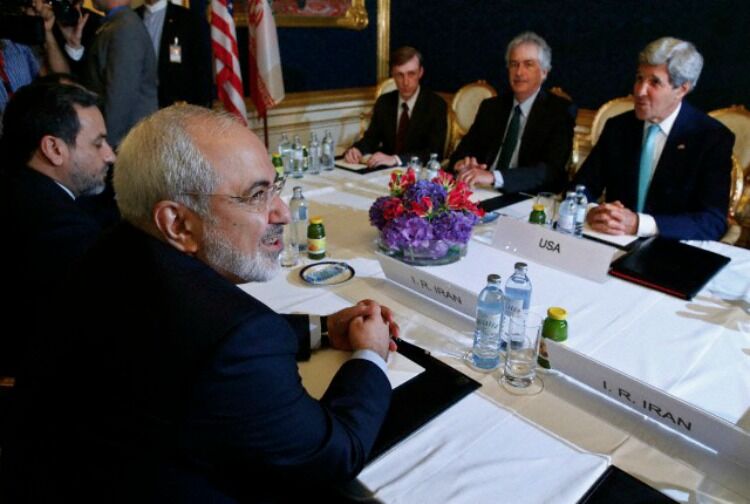