President Donald Trump’s visit to Saudi Arabia highlighted not only the U.S. alliance with the desert kingdom but also Saudi Arabia’s deplorable human rights record and its much-publicized efforts to reform economically and socially.

First, the good news: Support Trump or despise him, the trip was a success. That is not saying much: Having personally spent much of the last month in Egypt, Morocco, the United Arab Emirates, and Lebanon, the sense of relief among not only government officials but also many civil society leaders and journalists was palpable but only because of the sense that President Obama neither listened nor cared.

Regional leaders especially appreciate Trump because he is not Obama. That may be a foundation for a good first trip, but it’s not a foundation upon which to maintain relations. Trump’s speech on Islam was also measured. It was neither hateful like Trump’s campaign rhetoric nor hobbled by political correctness and denial, like so many speeches by President Obama and Secretary of State John Kerry.

With regards to human rights, there was irony. Peter Baker, chief White House correspondent for the New York Times, tweeted, “Tillerson calls on Iran to affirm free speech while standing next to minister of Saudi government that State says represses free expression.” But optics aside, that’s neither here nor there as a lack of Saudi free speech doesn’t mean Iranians should enjoy that right. Indeed, the irony is even greater when Iran partisans point out Saudi Arabia’s deplorable human rights record, either omitting or nor realizing that Iran’s rate of execution is almost an order of magnitude higher than the Saudi kingdom. And, as for the fact that 15 out of 19 hijackers on 9/11 were Saudi, that, too, does not excuse the fact that Iran is now actively destabilizing Iraq and Lebanon, supporting atrocities in Syria, and seeking to overthrow the political order in Yemen and Bahrain.

That said, why are so many diplomats and analysts optimistic about the possibility that Saudi Arabia could be any more serious about economic and political reform? Sure, Saudi Arabia has a plan, the so-called Vision 2030 initiative. Much of the optimism in Washington about Saudi Arabia, however, is more the result of the demeanor, rhetoric, and actions young deputy crown prince, Mohammed bin Sultan, or MBS as people refer to him about town. Consider the “Rise of Saudi Prince Shatters Decades of Royal Tradition,” published last October:

He has slashed the state budget, frozen government contracts and reduced the pay of civil employees, all part of drastic austerity measures as the Kingdom of Saudi Arabia is buffeted by low oil prices. But last year, Mohammed bin Salman, Saudi Arabia’s deputy crown prince, saw a yacht he couldn’t resist… It is the paradox of the brash, 31-year-old Prince bin Salman: a man who is trying to overturn tradition, reinvent the economy and consolidate power — while holding tight to his royal privilege. In less than two years, he has emerged as the most dynamic royal in the Arab world’s wealthiest nation, setting up a potential rivalry for the throne. Continue reading the main story  He has a hand in nearly all elements of Saudi policy — from a war in Yemen that has cost the kingdom billions of dollars and led to international criticism over civilian deaths, to a push domestically to restrain Saudi Arabia’s free-spending habits and to break its “addiction” to oil. He has begun to loosen social restrictions that grate on young people.

The New York Times speculated that Bin Salman might even be able to leapfrog over Crown Prince Mohammed bin Nayef to bring generational change to the Saudi kingdom. Just last month, David Ignatius at the Washington Post reported likewise:

Two years into his campaign as change agent in this conservative oil kingdom, Deputy Crown Prince Mohammed bin Salman appears to be gaining the confidence and political clout to push his agenda of economic and social reform. The young prince outlined his plans in a nearly 90-minute conversation Tuesday night at his office here. Aides said it was his first lengthy on-the-record interview in months. He offered detailed explanations about foreign policy, plans to privatize oil giant Saudi Aramco, strategy for investment in domestic industry, and liberalization of the entertainment sector, despite opposition from some religious conservatives… There’s less apparent political tension than a year ago, when many analysts saw a rivalry between Mohammed bin Salman and Crown Prince Mohammed bin Nayef, who is officially next in line for the throne but is less prominent than his cousin. Whatever the succession proves to be, the deputy crown prince appears to be firmly in control of Saudi military strategy, foreign policy and economic planning.

Alas, both the New York Times and the Washington Post may be misreading the situation, as may be many American policymakers. Bin Sultan is certainly sincere in his reforms, but he has also become the face of a series of unpopular decisions and fully owns the results. Consider the war in Yemen: Bin Sultan is the face of a campaign that has bogged down and is an increasing drain on a moribund economy. He may seem Western, but Saudis are going to judge him on the results of his reforms and initiatives.

Indeed, rather than simply pale before Bin Sultan, Bin Nayef may have simply been playing a longer and wiser waiting game. Bin Sultan may make the headlines, but Bin Nayef may triumph where it counts, and not in a way that bodes well for the future of reform in the Kingdom. 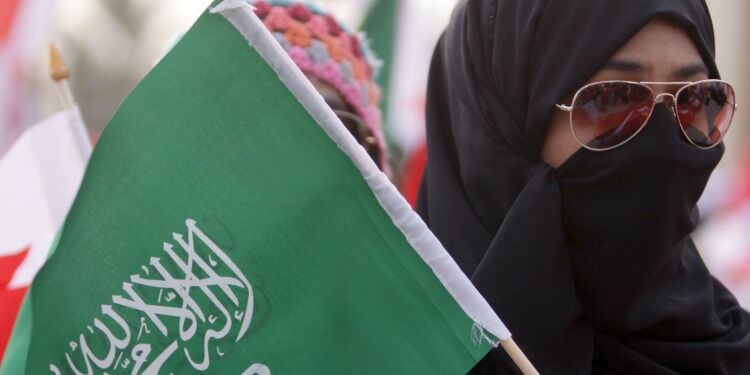