It has now been over a year since, in the wake of a series of horrific beheadings of U.S. journalists and aid workers, Presi­dent Barack Obama unveiled his strategy to defeat the Islamic State (ISIS, ISIL, Daesh). He promised to “degrade and ultimately destroy” the group. But a year later, success is fleeting. The recent bombing of a Russian jetliner and the attacks in Paris show that ISIS is far from “contained” as Obama insists.

One of the reasons for the inability to roll back ISIS has been a lack of political will. While the United States has launched multiple airstrikes on targets in Syria, these have been few and far between compared to what is needed for success. The seven airstrikes a day or so have been more than an order of magnitude less than that which the U.S. military conducted in Bosnia and Afghanistan, and a couple orders of magnitude less than that utilized against Saddam Hussein’s Iraq in the first days of Operation Iraqi Freedom.

The track record of U.S. allies is no better. More than a week after French President François Hollande declared war on the Islamic State, French planes have bombed targets in Syria, but France has stopped short of sending in any ground troops. In other words, Hollande has prioritized symbolic strikes over effective action. Islamic State fighters know they can simply go to ground until inertia and distraction trumps French umbrage.

Ultimately, ground forces will be necessary to roll back the Islamic State. While Obama has quietly allowed U.S. Special Forces to return to conduct some operations (Kurdish Prime Minister Nechirvan Barzani’s media outlet leaked video of one operation, exposing the faces and thereby the identities of the U.S. forces to the Islamic State and its supporters, thereby endangering them and their families), generally speaking the White House and Pentagon have refused to consider much more than train-and-assist missions.

Behind the reticence is less philosophy and more fear. Obama knows that the more deeply engaged the United States becomes—either by air or on the ground—the more likely it is that a U.S. pilot or soldier will fall into the hands of the Islamic State. They will be subject to horrific abuse and, if not rescued quickly, will become the subject of a jihadi video that will shake Americans to the core. Obama and Hollande and their political advisors know that whatever bloodlust Americans or Frenchmen might feel after any particular terrorist attack, when an American pilot is burned alive in a cage, dismembered, or beheaded, public sentiment might turn against leaders for leading Americans into such a situation. Obama’s political advisors are right: public sentiment can be fickle.

Political fear, however, is not leadership. What the Islamic State does to its prisoners is no worse than that experienced by U.S. forces in the past. During World War II, for example, the Imperial Japanese Army beheaded captured American prisoners, burned others alive, and even used live captives for vivisection and medical experimentation. Japanese soldiers forced Western women into rape camps.

The response inside the White House at the time was not to shirk decisions for fear of the political ramifications. Sure, the two cases are not exactly parallel: The United States had suffered the unprovoked Japanese on Pearl Harbor and World War II occurred outside the glare of 24/7 media coverage that too often prioritizes gore over principle. But, had the Roosevelt administration been able to prevent Pearl Harbor, surely it would have. The Islamic State has made clear that its ultimate goals include New York City in ashes and its banner over the White House, so the reluctance to prevent effectively the movement’s growth is nothing short of dereliction of duty.

As U.S. servicemen will attest, war is horrible. They understand the stakes, the nature of the evil they confront, and understand how embracing an incomplete and ineffective strategy is akin to wishing the problem away. The strategy Obama now embraces — to kick the can down the road until he can retire to the golf course and speaking circuit — is not leadership; it is dereliction of duty and reflects poorly on a man so obsessed with his place in history, given the unfortunate comparison between his actions and those of his predecessors both parties who have faced analogous situations in decades past. 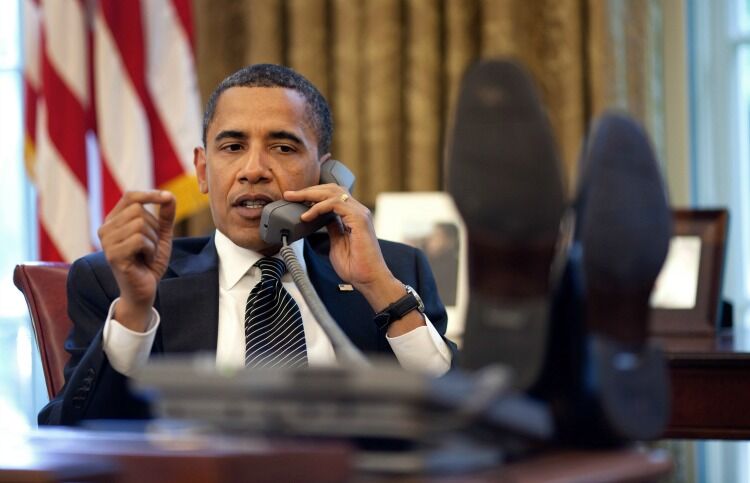