At a Washington Institute conference early in the George W. Bush administration—maybe 2003 or 2004—an audience member asked Clinton administration Middle East peace process coordinator Dennis Ross what the Clinton team’s greatest mistake was. The answer was quick and simple: Ignoring incitement. Israeli leaders consistently and repeatedly prepared their public for peace, but Palestinian chairman Yasser Arafat did not. While hardliners exist on all sides, the moral equivalence arguments fall flat when actions are compared. Be it Prime Minister Menachem Begin’s evacuation of settlers from Yamit or Ariel Sharon’s unilateral disengagement from Gaza, Israeli leaders have been willing to enforce compromise.

What Secretary of State John Kerry glossed over in his valedictory address was just how corrosive Palestinian incitement in school books and on the media has become and how that—rather than natural growth construction or even settlements in disputed territories—had become the poison which has pushed any possibility of peace seemingly out-of-reach.

Alas, the problem of incitement is not simply limited to intractable Arab-Israel conflict. Increasingly, as Turkey’s recent string of terrorist attacks show, it is becoming a cancer within Turkish society. Consider the New Year’s attack on the Reina nightclub: The Friday prayer sermon read by imams across the country on December 30 condemned New Year’s celebrations as illegitimate and suggested no truly believing Muslim would mark the occasion. There may not be direct causality between the sermon and the attack—the perpetrator or perpetrators’ identities remain unknown and planning for the attack, if not a dry run, likely occurred prior to the sermon—but the bombardment of society with anti-secular and anti-tolerant attitudes made Reina a legitimate target in some Islamist circles. (More than a decade ago, Reina, had been the target of a campaign by the ruling AKP and its media surrogates, who complained that dancing, drinking, and fraternization was an insult to mosque-goers who might see it from a kilometer across the Bosporus).

Incitement, too, may have been at play when a Turkish policeman assassinated Russia’s ambassador to Turkey at an art gallery just across the street from the U.S. Embassy. The 22-year-old assailant was just seven years old when the AKP came to power in Turkey and grew up on a steady diet of the state propaganda, which Turkey’s state media churns out and which Turkish educators now preach in public schools. In a sense, it may be representative of the new society which Turkish President Recep Tayyip Erdogan promised to craft. For the United States, it should be a national security issue. After all, one of the chief pro-government newspapers in Turkey formally blamed the United States for the Reina attack.

Turkey is not alone. Incitement is a staple of Islamic Republic of Iran rhetoric—be it weekly state-sanctioned “Death to America” chants or the entreaties to genocide against Israel and Jews more broadly. Incitement, too, explains ordinary Egyptian intolerance toward Israel decades after the two countries signed a peace agreement.

It is one thing for diplomats and counterterror practitioners to wring their hands at online terror recruitment by al-Qaeda, the Islamic State, and like-minded groups, but U.S. policy continues to fall flat when it comes to incitement promoted by authorities or states like the Palestinian Authority, Iran, Egypt, or Turkey. Turkey is perhaps the most tragic case because the country’s transformation has been entirely preventable had the Bush and Obama administrations not chosen to hide their figurative heads in the sand.

President-elect Donald Trump views himself as a great communicator. He has defended his twitter feed as direct outreach to the public that bypasses any media filter. While Trump’s communication strategy can be debated elsewhere, his understanding of the power of the media and its impact on society provides an opportunity for the U.S. government to tackle incitement in a more serious way than previous administrations have done. Given how pernicious a problem incitement is—and how it can lay to ruins the best-intentioned diplomacy and democratic progress—let us hope the new administration does not take the path of least resistance and once again ignore the problem. 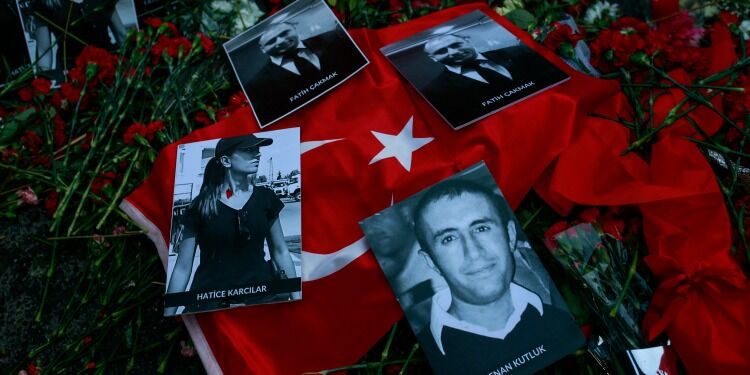