There has been surprising little press attention in the United States to the massive hack and exposure by Wikileaks of 60,000 Saudi diplomatic documents detailing behind-the-scenes maneuvering between Saudi Arabia and a number of Arab countries.

In Iraq, the exposure of Saudi documents has gotten significant attention, however, as it confirms a number of suspicions about Saudi Arabia’s continuous efforts to undermine Iraqi security and democracy and also debunks slightly some of the myths that consume many American policymakers.

One Saudi cable, for example, depicts how Masoud Barzani, president of Iraq’s Kurdistan region, sought to intercede with Iran to force then-Prime Minister Nouri al-Maliki to concede to the Kurds additional oil rights. Maliki refused to listen to the Iranians, however. Perhaps the former prime minister did put Iraqi interests first and foremost. The Saudis weren’t willing to put all their eggs in Barzani’s basket, however; the cables also reveal that in 2012, the Saudis contributed $500,000 to the Islamic Movement, Kurdistan’s more radical and sometimes violent Islamist movement.

Then, of course, was this cable in which the Saudi Foreign Ministry urged the Saudi King to host Barzani to encourage Barzani’s continued opposition to Maliki. Of course, when the Saudi king hosts a regional leader from whom it wants something, it seldom involves letting that politician return home absent a significantly augmented bank account. Iraqi politicians are seemingly unwilling to compromise post-election. Perhaps the problem was Shi‘ite intransigence after all. The cables also suggest that Barzani led a press campaign against Maliki on behalf of Turkey, Saudi Arabia, and Qatar.

The Saudi dalliance in Iraqi politics was not simply limited to the Kurds. Ayad Allawi has long been a darling of certain diplomatic and military circles in Washington even though he has declining credibility in Baghdad, where he has cultivated a reputation for being lazy and for wanting to be coronated as Iraqi leader through the political intervention of regional states rather than working, campaigning, and competing in the democratic arena along with everyone else. Indeed, there’s an Iraqi joke about how Maliki once confiscated Allawi’s “Green Zone” pass, but Allawi didn’t realize it for seven months (the implication being he never showed up in Baghdad). Well, now it seems that Allawi was on the Saudi payroll as well: The documents appear to show that the Saudis gave Allawi 2,000 Hajj permits which he could distribute. (Not everyone can simply board a plane and show up for the Hajj; as part of their crown control, the Saudis allocate a quota to each country. Some countries distribute these by lottery, others sell the permits, and some simply use them as patronage). If Allawi sold his permits, he could reap quite a windfall.

Over the course of the last decade, the Iraqis have been resilient, surprising almost all diplomats and analysts who predicted doom and gloom. And while many of Iraq’s current political problems may be self-inflicted, the Saudi revelations show that a major reason why Iraqis seem unable to coalesce is that Saudi Arabia has given prominent politicians favors if not money in order to undermine any consensus. How ironic it is then that so many pundits continue to insist that the current or former leadership in Baghdad is the problem, while they put forward the very politicians that appear to have an unhealthy and unethical relationship with the Saudis as a solution.

To be fair, however, while there is no serious suggestion that the Saudi document cache is fraudulent, it is important to remember the parable of the blind men each describing different parts of the elephant. Saudi malfeasance does not mean exculpation of Iran, for which there is overwhelming evidence of bribery, extortion, and other methods of coercion. When I was preparing to do my Ph.D. at Yale, the faculty unofficially but persistently promoted a 30-year-rule: no serious academic work could be conducted without the passage of decades and without access to the full array of documents shaping those events. To do otherwise would simply be journalism rather than scholarship. The leak of Saudi documents shows once again that academics or journalists who believe they have written the history of the Iraq war and post-war period absent a full array of documents show how faulty their premise to be. 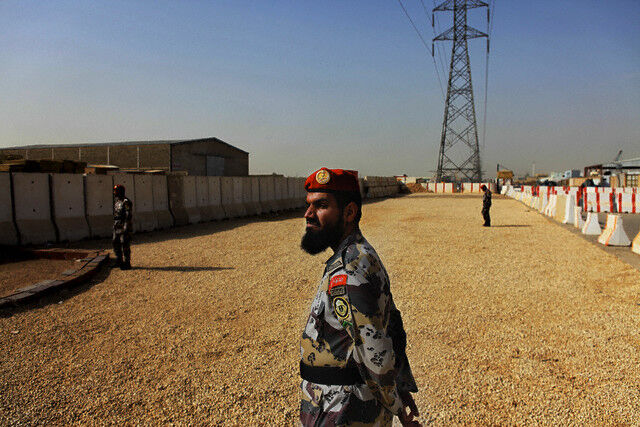 “This is the Grave of Someone Who Wanted to Annihilate Israel”