A terrorist killed at least ten and wounded a dozen more in the historic center of Istanbul this morning. It’s a tragedy. There is no justification for it, and it should be condemned. But it is also a sign of things to come.

If the initial reports are true — that a young Syrian was the suicide bomber — that would indicate that what Turkey is experiencing now is blowback from its own sponsorship of radical Islamist terrorists. It’s a common pattern: Saudi Arabia for decades funded and sponsored radicalism and, even after 9/11, its efforts to curtail that sponsorship of radicalism were half-hearted. That is until the radicals began attacking inside the Kingdom, striking at a compound in which foreigners lived and also trying to assassinate Mohammed Bin Nayef, at the time Saudi Arabia’s counter-terrorism chief (and now its crown prince). Only then did Riyadh get serious. While its historical reputation still tarnishes Saudi Arabia, today the Kingdom is a true counter-terrorism partner. Meanwhile, its neighbor Qatar, as well as Turkey, tend to be the largest sponsors of radicalism in the Sunni world.

Saudi Arabia was not the only country to experience blowback. After killing around 20,000 Sunnis in Hama, Syria’s fourth-largest city, in 1982 in response to an attack on military cadets by radicals affiliated with a Syrian Muslim Brotherhood group, Hafez al-Assad — the father of Syria’s current president — struck a devil’s bargain with the Islamists: The extremists could wage their jihad, but only outside of Syria’s borders. His son embraced the same compact. In 2007, U.S. forces discovered a laptop in Sinjar detailing the profiles and routes taken by foreign fighters and suicide bombers flowing into Iraq. They came from a range of countries, but had one thing in common: They had all come through Syria and paid off officials in the Syrian government to do so. While the spark that caused ignited the civil war in Syria was spontaneous, the result of decades of pent-up anger at the Assads’ rule, what transpired as radical Sunni extremists hijacked the movement was little more than blowback as the same networks which Bashar al-Assad once tolerated decided it was now safe to operate inside Syria.

Turkey, too, is experiencing blowback. Under Prime Minister (and now President) Recep Tayyip Erdoğan, Turkey has acted as Pakistan on the Mediterranean, telling diplomats one thing with regard to fighting terrorism while doing the opposite. Turkish journalists and ordinary soldiers have caught Turkey’s security agency supplying both the al-Qaeda-affiliated Nusra Front as well as the Islamic State (ISIS, ISIL, Daesh). Rather than being rewarded for exposing ‘rogue’ elements, the whistleblowers found themselves imprisoned for interfering in an operation which the Turkish government supported but which it wanted to keep secret. The October bombing of a Kurdish rally in Ankara that killed more than 100 was likewise confirmation of serious blowback, made all the more tragic by the fact that the bombers’ parents had tipped off the police who, out of sympathy to the Islamic State and animosity toward the Kurds (whose rally it was) had chosen to do nothing.

Simply put, Turkey will be unsafe for a decade. Such terrorism will decimate its tourism industry and rock an already shaky economy. Turks will eventually fight back, but it will be a long hard slog complicated by the fact that Erdoğan has transformed security agencies and ministries into a sort of Trojan Horse for terrorist sympathizers, some of whom will use their positions to provide covers for those seeking to conduct violence. Should Erdoğan try to blame Kurds or leftists in order to deflect responsibility, then such denial will only prolong the battle that Turks must now wage. 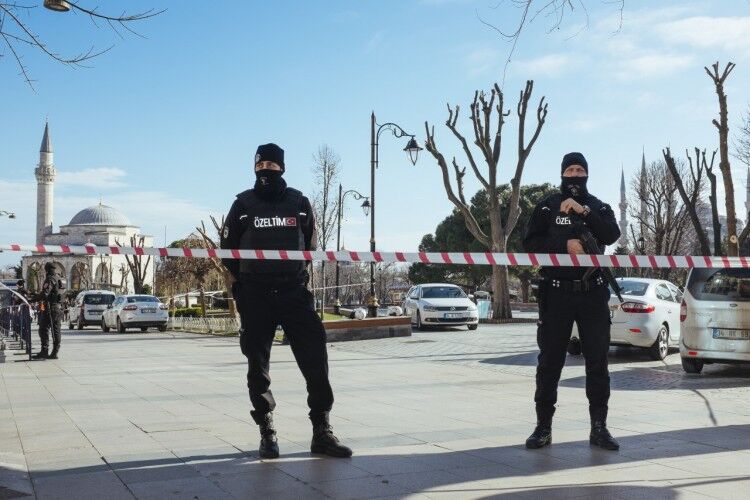