Speech is under threat on American campuses as never before. Censorship in various forms is on the rise. And this year, the threat to free speech on campus took an even darker turn, toward actual violence. The prospect of Milo Yiannopoulos speaking at Berkeley provoked riots that caused more than $100,000 worth of property damage on the campus. The prospect of Charles Murray speaking at Middlebury led to a riot that put a liberal professor in the hospital with a concussion. Ann Coulter’s speech at Berkeley was cancelled after the university determined that none of the appropriate venues could be protected from “known security threats” on the date in question.

The free-speech crisis on campus is caused, at least in part, by a more insidious campus pathology: the almost complete lack of intellectual diversity on elite university faculties. At Yale, for example, the number of registered Republicans in the economics department is zero; in the psychology department, there is one. Overall, there are 4,410 faculty members at Yale, and the total number of those who donated to a Republican candidate during the 2016 primaries was three.

So when today’s students purport to feel “unsafe” at the mere prospect of a conservative speaker on campus, it may be easy to mock them as “delicate snowflakes,” but in one sense, their reaction is understandable: If students are shocked at the prospect of a Republican behind a university podium, perhaps it is because many of them have never before laid eyes on one.

Universities must be places open to the kind of debate that can change ideas….Silencing ideas or basking in intellectual orthodoxy independent of facts and evidence impedes our access to new and better ideas, and it inhibits a full and considered rejection of bad ones. . . . We must work to ensure that universities do not become bubbles isolated from the concerns and discourse of the society that surrounds them. Universities must model a commitment to the notion that truth cannot simply be claimed, but must be established—established through reasoned argument, assessment, and even sometimes uncomfortable challenges that provide the foundation for truth.

Faust is exactly right. But, alas, her commencement audience might be forgiven a certain skepticism. After all, the number of registered Republicans in several departments at Harvard—e.g., history and psychology—is exactly zero. In those departments, the professors themselves may be “basking in intellectual orthodoxy” without ever facing “uncomfortable challenges.” This may help explain why some students will do everything in their power to keep conservative speakers off campus: They notice that faculty hiring committees seem to do exactly the same thing.

In short, it is a promising sign that true liberal academics like Faust have started speaking eloquently about the crucial importance of civil, reasoned disagreement. But they will be more convincing on this point when they hire a few colleagues with whom they actually disagree. 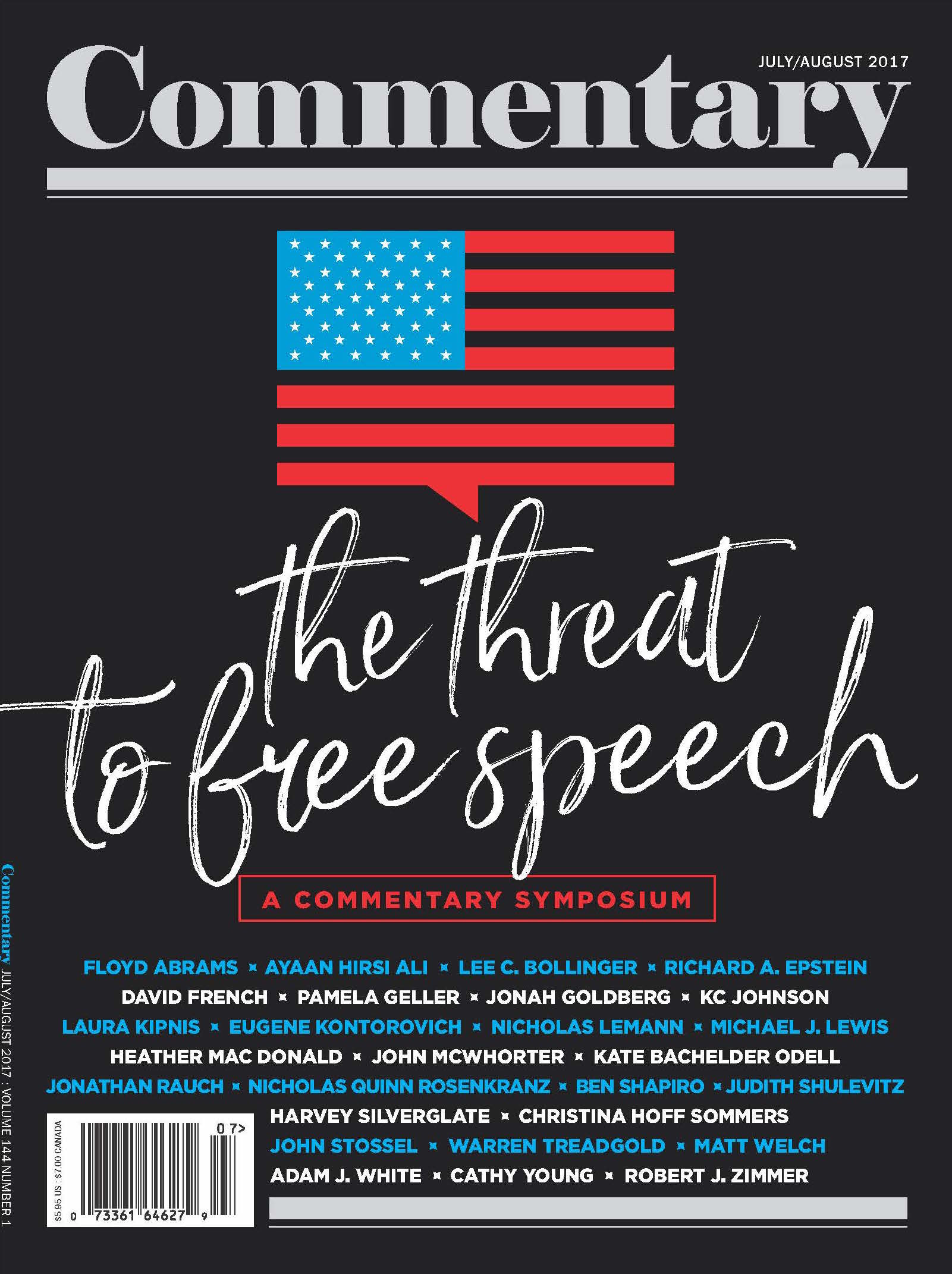