In 2016, Jeb Bush crafted a somewhat contradictory maxim when he said that the GOP nominee must “lose the primary to win the general.” This was intended to explain his reluctance to parrot conservative shibboleths or pander to the anxieties of the Republican Party’s most energetic base voters. Donald Trump proved Bush wrong, but the president might just be the exception that proves the rule. As the 2020 presidential primary cycle begins, Democrats seem more inclined to follow in Trump’s incautious footsteps.

In too many ways to ignore, the Democratic Party’s presidential contest is shaping up like a mirror image of the GOP’s vexing 2016 primaries. With no clear heir apparent and in an environment that favored the out-party, Republicans witnessed 16 talented candidates throwing their hats into the ring. With those prevailing conditions reversed, as many as 40 Democrats could seek the White House in 2020.

Given a pro-Democratic environment and the need for this sprawling field of candidates to attach themselves to an issue set that generates the attention of both media and voters, Democrats in 2020 seem prepared to endorse a series of wildly imprudent policy proposals with narrow appeal.

For all the Democratic Party’s talk of preserving Barack Obama’s Affordable Care Act, more than a few Democratic presidential aspirants are likely to endorse a proposal that would scrap the law and nationalize the health insurance industry. “Medicare for all” or “single-payer” is the progressive white whale. Its impracticality and astronomical price tag, to say nothing of the tax increases it necessitates, has foiled all those who sought to implement it. But that hasn’t stopped several likely presidential candidates from endorsing it, including Sens. Kirsten Gillibrand, Cory Booker, Elizabeth Warren, Kamala Harris, and Jeff Merkley. Some Democratic lawmakers, armed with plans produced by pragmatic liberal think tanks, will promise half measures—a “public option” or a “buy in” to programs like Medicare and Medicaid—but they are all but certain to be drowned out by those who are less bound by prudence and fiscal restraint.

But that’s not the only progressive dream that is likely to be hashed out on the Democratic Party’s debate stages. A national minimum wage hike to $15 per hour is on the table, but progressives who think it is too timid are all but certain to propose bolder alternatives. Vox.com’s Dylan Matthews calls Sen. Harris’s LIFT Act the “closest thing that any 2020 contender has proposed to a universal basic income,” which, he adds, “is exactly what it sounds like”—a guaranteed federal check to every American, whether they’re employed or not. It’s an idea that’s attracting the attention of niche candidates and heavy-hitters alike.

For Democrats, the increasing costs associated with higher education are a source of particular consternation. But unless they’re willing to offend a core constituency, they cannot address the source of those increased costs: administrative bloat. From 1985 to 2005, campus administrative staff expanded by 240 percent while the number of students and faculty increased by just 50 percent. In roughly that same period, the costs associated with a four-year degree increased by almost 500 percent. Rather than curb the regulatory and compliance burden that provosts and their staffs must shoulder, Democrats have fiddled with the idea of retroactively forgiving student-loan debt or making attendance at state colleges “tuition free.” You know it’s a radical idea when they are forced to insist that it’s “not a radical idea.”

But these kinds of progressive economic prescriptions don’t generate the traction that they did only a few years ago. With a populist, protectionist, market skeptic leading the Republican Party and amid a sustained (albeit shaky) economic recovery, the policy prescriptions designed to address economic inequality fail to generate a stark contrast with Trump. Democratic candidates seem poised to sub out inequality and replace it with climate change.

Elizabeth Warren launched her 2020 exploratory committee with a nod of support to the conceptual notion of a “green New Deal.” Washington Gov. Jay Inslee hopes to style himself as the “climate candidate” in the race. Jeff Merkley is staffing up in the early states with a promise to make radical climate-change legislation the centerpiece of his campaign. Former New York City Mayor Mike Bloomberg insists that, if he runs, he will demand that all his fellow 2020 candidates come armed with a detailed plan to combat climate change. Up and down the line, Democratic officeholders and aspirants plan on making climate-related issues a litmus test for the next Democratic presidential nominee.

The “green New Deal” is still more slogan than policy proposal. A draft resolution on the subject proposes to craft legislation that would shutter all fossil-fuel-powered electricity plants in the country within a decade, curb greenhouse-gas emissions from agriculture by forcing large-scale producers to contract, and export green technologies and methods around the globe to the countries that are the major producers of greenhouse-gas emissions. The price tag on this project is vague, but the document suggests that the “massive investment” required to realize it would vastly exceed $1 trillion and is likely to outstrip the private sector’s capacity to produce and fund advancements like these relatively quickly. And how would this “massive investment” be funded? By credit, extended by the Federal Reserve, and the income from carbon and progressive wealth taxes.

These proposals would invariably increase the tax burden on all, not just the wealthy, by exorbitant amounts. They would depress wage and economic growth, displace workers, and represent a bonanza for favored Democratic constituencies. But Donald Trump’s experience suggests that even unworkable and offensive policies like a Muslim ban and registration, a “deportation force” and, of course, the wall are no obstacle to winning a general election. Rather than write these policy proposals off as panders to a radical Democratic base, Republicans should fear what could happen if Democrats catch the bus. 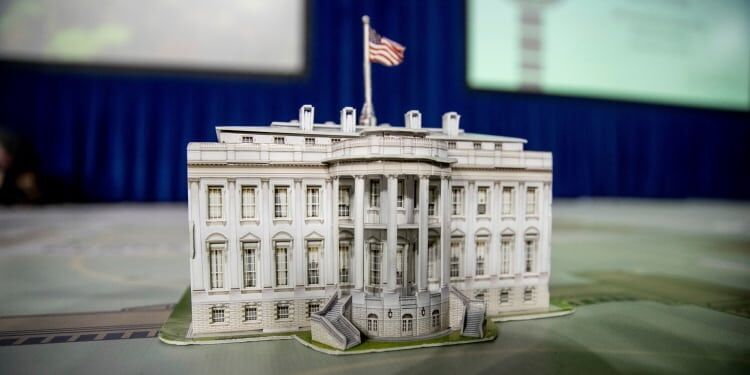