With Paul Ryan retiring in 2019, after 20 years in Congress, speculation over who will take the speaker’s gavel from him has reached a fevered pitch. There may be a leadership fight in the coming months, but it would be a mistake to call it a battle for the speakership. If record-high Republican retirements, the president’s lackluster job-approval ratings, and a fluid but consistent generic congressional ballot advantage for Democrats suggest anything, it’s that Paul Ryan’s successor will be Nancy Pelosi.

The perception among Democrats that the national environment favors their party in the 2018 midterm elections has fueled a surge of Democratic candidacies. A significant number of well-funded Democratic challengers are ready to take advantage of a wave election should one occur. But power comes at a price, as Republicans in the Obama era learned all too well. The ideological forces congealing into the post-Obama Democratic Party are, according to some estimates, well to the left of many of Congress’s most liberal voices. If things really go Democrats’ way, Pelosi could end up being considered a representative from the party’s moderate wing in the 116th Congress.

According to an analysis conducted by the Washington Post’s Kevin Schaul and Kevin Uhrmacher, the state of play ahead of most of the 2018 primaries paints a clear picture: Democrats like Pelosi, Steny Hoyer, and James Clyburn are relatively conservative when compared to the glut of liberal candidates vying for office. Like Republicans in 2010, many of those candidates are first-timers. Others are considered so inexperienced and ideologically dogmatic that they have compelled the national Democratic Party to do its job and muscle them out of position in favor of more electable candidates. That necessary process invariably yields the kind of populist tension that rattled the Republican brand for the better part of this decade. If Democratic leadership were to treat this phenomenon like the existential threat it is, it would only exacerbate those tensions. That’s the conundrum with which the GOP struggled for these last seven years, and it seems Democrats are about to face down something similar.

If you were to ask Republicans, you might find that they have mixed views on Nancy Pelosi. She is a polarizing figure, and many Republicans credit her for their party’s razor-thin victory in last year’s special election in Georgia’s 6th congressional district. Merely invoking her name energizes the lethargic Republican voter base and opens GOP wallets. Her specter has haunted Republicans ever since they took the gavel from her in 2010, and for good reason. Pelosi is one of the most effective House Speakers in modern history.

Through the liberal application of carrots and sticks, she managed to keep her members in line and dedicate many of them to suicidal assaults on sclerotic institutional citadels. Pelosi was speaker amid a unified Democratic government during the 111th Congress, and the House managed to pass sprawling reform legislation targeting the banking and healthcare sectors. Under her leadership, Democrats passed a restructuring of the automotive industry, a cap-and-trade plan, a nearly $1 trillion public-works package, and a series of more modest but satisfying liberal social reforms.

That efficacy has made Pelosi a popular target for conservative Democrats on the stump desperate to convince their voters that they are inclined toward combat with their caucus’s leadership. She doesn’t need to worry much about this essentially hollow positioning. But progressive candidates, too, are taking aim at the House minority leader ostensibly because she is too accommodating to Republicans. As the consensus around Pelosi’s capacity to lead Democrats erodes, challengers to her authority within the Democratic caucus are sharpening their knives. Whoever replaces Pelosi is sure to reflect the party’s ideological consensus, which likely means a shift in the center of gravity toward the left.

For those who perceive ideological polarization as one of the gravest threats to American civic life, all this might seem to be a harbinger of some great cataclysm. And yet, American politics has a habit of confounding analysts’ straight-line projections.

To determine just how liberal the new class of Democratic lawmakers might be, the Washington Post has appealed to the widely used DW-Nominate to help identify candidates’ ideological leanings. But since this metric relies on voting records and because so many first-time candidates have no records, the Post‘s analysis is augmented with the inclusion of a new estimate called a DIME (Database on Ideology, Money in Politics, and Elections) score, created by Stanford political science professor Adam Bonica. Time will tell if this analysis is correct, but the DW-Nominate has a habit of leading analysts astray, not because it provides observers with an inaccurate reflection of lawmakers’ political views but because our definition of what constitutes partisanship is dynamic.

As recently as 2015, any Republican who was rigidly dedicated to free trade, entitlement reform, modesty at home, and extroversion abroad was considered a radical conservative. These were the kind of Republicans who were entirely responsible for dysfunction in Washington, according to a popular theory postulated by Brookings Institution scholar Thomas Mann and American Enterprise Institute’s Norm Ornstein. “Asymmetric polarization,” they called it. Based on the DW-Nominate, this phenomenon amounted to an ersatz scientific justification for liberal chauvinism. It postulated that Republicans had self-radicalized while Democrats had remained fixed in the center of American politics.

Today, everything has changed except Ornstein and Mann’s verdict. The radical Republicans of 2015 are now moderates whose policy preferences regularly conflict with their party’s new “establishment” as represented by President Donald Trump. Those once-centrist Republicans who favored trade protectionism, expanded social safety nets, and retrenchment abroad are the new vanguard of the Trumpain GOP. But as the Republican ideological fulcrum has shifted toward the center, Democrats are moving in the opposite direction. The Harvard University-Harris poll, Pew Research Center, and other polling firms demonstrate rather clearly that average Democratic voters are moving further to the left, leading to a leftward drift in the field of Democratic office-seekers. The theory of “asymmetric polarization” was always unsound, but recent history has proven it deeply flawed. Its authors seem to be the last to notice.

The evolutionary trajectory of American politics tends to defy the prognosticators’ predictions. Today, Democrats are undoubtedly moving left while Republicans lay claim to the issues set that animates what could legitimately be called the American center. At issue aren’t those labels but how we feel about them. Perhaps “centrism” isn’t the unalloyed virtue that it is made out to be. 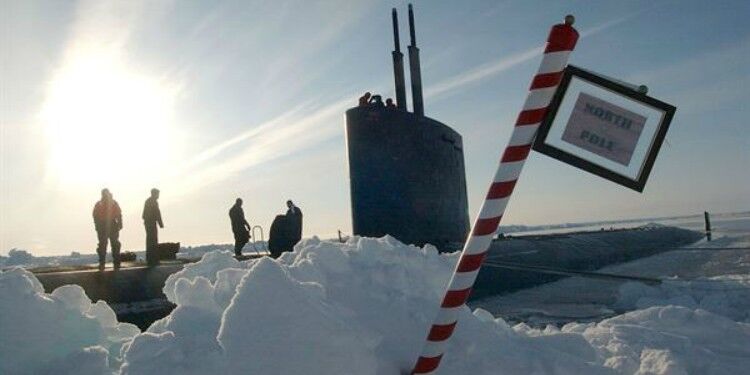