Nearly 20 months after the Trump administration announced its intention to withdraw from the Paris Climate Accords, the United Nations received formal notice on Monday that America is on its way out. As it stands, the U.S. could exit the compact as early as Wednesday, November 4, 2020—one day after the next election cycle.

The May 2017 announcement that the U.S. would no longer abide by the protocols hashed out at the 2015 Convention on Climate Change was greeted with apoplexy by the framework’s supporters. This was a “traitorous act of war against the American people,” “the day that the United States resigned as leader of the free world,” and the moment Trump joined “a small handful of nations who reject the future.” A year and a half later, the agreement’s proponents remain as vexed as ever.

Former Vice President Joe Biden called the administration’s decision “shameful.” Elizabeth Warren agreed. “Trump is ceding American leadership and giving away American jobs in the clean energy economy of the future,” she mourned. Trump’s was a “reckless,” and “disastrous anti-science, anti-government” move, according to Speaker Nancy Pelosi. Rep. Adam Schiff indulged his penchant for hyperbole by claiming that “history will remember this as one of the most destructive actions of this dangerously destructive president.”

But while Trump’s most excitable critics bemoaned the administration’s methodical withdrawal process, it seemed the president’s supporters barely took any notice of this milestone. That’s a mistake. The Trump administration has made its share of missteps in its conduct of American foreign affairs. Leaving the Paris climate accords will not be one of them.

The best argument in favor of the Paris agreement is one that its proponents cannot make; namely, that the document is a toothless, hollow expression of national aspirations that would have almost no effect on global greenhouse-gas emissions. Indeed, it essentially codifies the upward trajectory of those emissions. As Manhattan Institute Fellow Oren Cass noted in COMMENTARY in 2017, the Paris agreements were worse than useless insofar as they allowed participating countries to set their own emissions reductions targets, some of which are laughably lenient, and lent those targets legitimacy by recognizing them under the banner of a global environmental covenant.

China, the world’s largest greenhouse-gas emitter, is considered by the UN a developing nation and is thus exempted from emissions-reduction targets. Supporters of the Paris Accords insist that it was only American leadership that compelled Beijing to participate in this treaty, but China’s contribution to it is farcical. The People’s Republic promised only to begin curbing its emissions by 2030, which is about when forecasters predict Chinese economic growth will level off—in other words, not much of a commitment at all.

The world’s fourth-largest CO2 emitter, India, is also subject to the UN’s developing world exemptions, and it took full advantage of them in the self-set targets it submitted in Paris. The world’s most populous democracy promised only to double its carbon emissions from 2012 levels by 2030, and it has made good on its pledge. In 2018, India’s emissions increased by nearly 5 percent from 2017 levels. As of late last year, India was counted among a handful of the 195 nations party to the Paris accords meeting their goals.

The European Union, too, has fallen short of its promises. At its present pace, Canada will achieve its Paris targets in roughly two centuries. In fact, only two signatory nations are meeting their objectives: Morocco and Gambia, neither of which are exactly industrial powerhouses.

By contrast, the goals Barack Obama’s administration set for the U.S. were quite ambitious. Under America’s commitments, the U.S. would have had to reduce its total greenhouse gas emissions by between 26 and 28 percent of their 2005 levels by 2025. Despite the Trump administration’s antipathy toward this agenda, the U.S. remains on pace to deliver close to what it promised in Paris. Much of this progress is due to state-level emissions reductions efforts, but also to increased efficiency and technological advances in the automotive, power generation, and hydrocarbon-extraction industries.

Even if every party to the accords had remained in full compliance, the Massachusetts Institute of Technology’s analysis found that it would reduce global temperatures by a paltry 0.2 degrees Celsius by 2100.

Ultimately, Trump could unilaterally withdraw from the Paris Accords only because his predecessor refused to submit the compact to the Senate for ratification. Obama had little choice; the accords did not have the support of the Republican-led upper chamber of Congress. But without Senate approval, the Paris compact fails to meet the definition of a treaty. Easy come, easy go.

In sum, the Paris Accords were worse than useless. They were not credible, provided the world’s worst emitters with unearned diplomatic cover, undermined American sovereignty, and subverted the process by which U.S. foreign relations are supposed to be conducted. The Trump administration was right to scrap them. 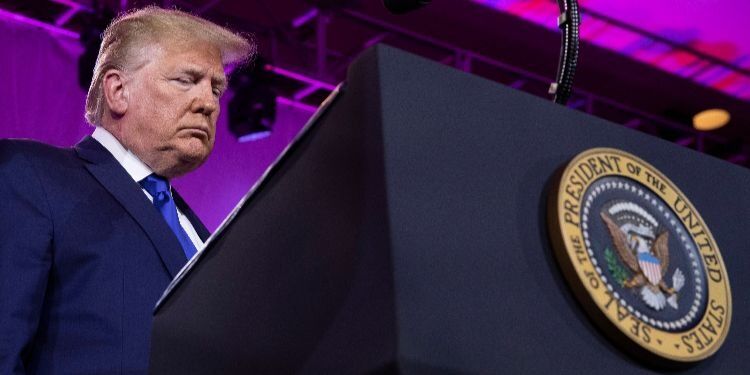 The Weakness of a Nationalist President