The elites and experts in whom society has placed its trust have underperformed over the last decade. This phenomenon was discussed at length in the latest COMMENTARY podcast. In virtually every sector of rarified society, the failure of the managerial class to pass basic competency tests is endemic. There is, however, another side to that coin—a side that isn’t often discussed in an era of anti-elitism, in which the professed ability to channel the primal nature of the angry American voter is a prized commodity. It is the fact that the angry American voter is an emotional animal, and emotionality leads to bad policy. Too many have confused displays of pique and pride for intellectual argument.

At the moment, America’s intellectual class is transfixed by a forensic investigation into the present backlash against the political class in Washington. The risk of over-interpreting the results of an election in which one unpopular candidate managed to best another by fewer than 200,000 votes in three key swing states has been subsumed in the race to catalog the genus #MAGA. This mission has recently transformed, though, from the necessary enterprise of identifying the causes that led to a reaction against a comfortable class on the coasts into an effort to impose on this movement a kind of intellectualism absent in the actions and pronouncements of its standard-bearer.

The task of making America’s new nationalism into something of substance has become a preoccupation of both by Trump skeptics and supporters. But the fact that so many on the intellectual right are laboriously crafting a rationale for “America First” abroad and “economic nationalism” at home is an admission that no such rationale exists. These aren’t policies but sentiments—and not unearned sentiments, either. The noble, angry American voter may be a righteously aggrieved figure, but that doesn’t mean he knows much about public policy.

For example: From time immemorial, Americans have felt—not known—that foreign aid contributes substantially to the national debt. That has not changed, according to a recent Morning Consult survey. Indeed, 73 percent of Americans shared this concern, “far outstripping concerns about entitlement spending,” Politico reported. In truth, 65%  percent of America’s $3.8 trillion in spending in 2015 ($2.45 trillion) was devoted to non-discretionary items like Medicare, Social Security, and other social welfare programs. Foreign aid? It constitutes one percent of the federal budget.

Also animating the new populism is the widespread notion that America is on the losing end of globalization and free trade. Before it was Donald Trump’s rallying cry, it was Barack Obama’s (and most of the organized labor left). The claim that American manufacturing has been crushed by cheap overseas labor, enriching an elite cabal of American producers while marginalizing the working class is a politically potent idea. It is also wrong.

In fact, America ran a surplus of manufactured goods trade with 152 countries in 2016. U.S. producers are manufacturing and exporting at record paces, continuing long-term trends—and manufacturers’ advocacy groups contend that free trade regimes facilitate that activity. As trade attorney Scott Lincicome wrote, American manufacturers have been shedding workforce (as opposed to reducing output) since the 1940s. Yet employment continues to expand even in the era of multilateral free trade zones. “[T]he United States has gained about 54 million jobs since 1980, 30-plus million of which came after the creation of NAFTA and the World Trade Organization in the mid-1990s,” he wrote.

This is good news, but it’s not received as such from those who derive political and intellectual authority by claiming to speak for the newly ascendant American nationalist. On balance, the majority has a better story to tell than the minority who are on the losing end of pressures foreign trade and automation place on U.S. employers. But those who do not emerge better off as a result of these pressures have the more compelling story, and it is one that has captivated the imaginations of our influencers, media, and political leaders.

Because the policy prescriptions of the American nationalist movement are not tethered to much beyond the whimsy of the president, those who would anchor it down with intellectual foundations may one day find themselves the objects of resentment.

But Democrats shouldn’t take any solace in this. In privileging emotionalism, the right has adopted a longstanding liberal tactic.

Before America’s intellectual class was fervidly crafting a policy rationale for the Trump movement, it was transfixed by the notion that America was a uniquely racist and discriminatory nation. This, too, was an idea advanced by those who stood to gain politically from the presumption that the United States was beholden to vestigial racial anxieties. In quantifiable terms, though, the U.S. is one of the least racially discriminatory nations on Earth. Nagging racial disparities in outcomes related to socioeconomic status, health, criminal justice, and residential integration persist. The refusal of most of the liberal political and intellectual class to balance the frustrating against the optimistic was as much deference to the loudest voice in the room as anything else.

From the “population bomb” to a fear of genetically-modified foods; from the myth that women make 77 cents for every dollar a man makes to the notion that minimum wage hikes help those who depend on it; and from many other falsities like these, the left perfected appeals to emotion over reason. The practice has yielded awful policy. As comedy programs sufficed for news coverage and political satirists “destroyed” their targets to wild applause, the intellectual left atrophied. Appeals to emotional satisfaction supplemented liberal disappointment in suboptimal policy outcomes, and the art of convincing argumentation deteriorated. Meanwhile, conservatives became convinced, all evidence to the contrary aside, that they had lost just about every political and cultural battle to their liberal opponents and that their best bet was to emulate them.

It is not without irony that the left might be convinced to reduce its dependency on emotionalism in government only after recoiling from seeing themselves reflected in Trump’s movement. But the fever won’t break soon. The incentives to incite and bait and troll and react reflexively are overwhelming. These instinctual responses to adversity are called lucid and weighty by those who know better. This is not an age of reason. It is a time when passion has been mistaken for conviction and authority. Unchecked, little good can come of it. 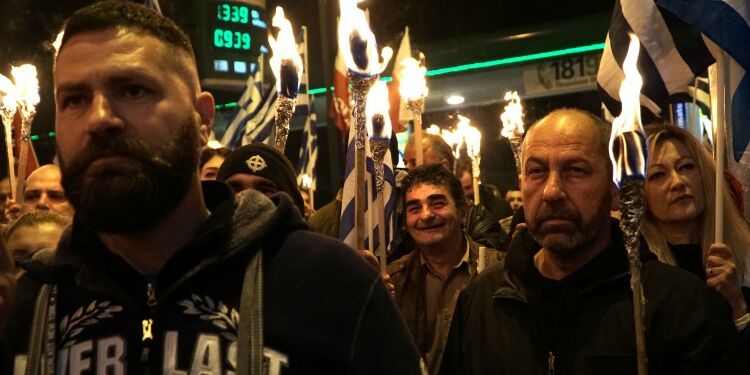