Politics is not synonymous with culture. Though they are related, their relationship is complicated and indirect. Confusing the two is a recipe for despair.

That’s the argument former Louisiana Gov. Bobby Jindal makes today in a Wall Street Journal op-ed. “Liberals invest ever more moral meaning into politics,” he writes, “and conservatives do the same in response to a rapidly changing culture seemingly slipping from their grasp.”

Jindal warns that the left has adopted a misperception about what the American political system is designed to achieve and, as a result, has become increasingly dissatisfied with it. He’s right to warn conservatives not to adopt the same discouraging misconception. I’ve also written about the fatalism that accompanies intellectual life in a political system that is uniquely resistant to radical change. Reckless politicians who promise the fundamental transformation of the country or the subjugation of their ideological adversaries can never deliver, and their failures can radicalize those who place their trust in them.

The pollsters at Gallup have helped to quantify the effects of this lamentable malady. This year, the number of Americans who are proud of their country has reached a record low—lower even than last year’s record low. For the second consecutive year since Gallup began testing the issue in 2001, fewer than half of Americans polled said they were proud of their country. The decline is largely attributable to self-identified Democrats, whose pride in the country has long trailed that of Republicans. It began to decay during Barack Obama’s second term and fell off a cliff when Donald Trump was elected to the White House.

What’s more interesting than the subjective notion of pride in the country overall is Gallup’s effort to measure the individual aspects of American life that contribute to this condition. The poll found that the vast majority of Americans are, in fact, proud of American scientific gains, its proficient military, its cultural and artistic triumphs, its economic achievements, its athletic accomplishments, and even its racial, ethnic, and religious diversity. American dissatisfaction is limited to two areas of public life: the health and welfare system and the political system.

It’s possible that most respondents hear “the political system” and think “politics,” which is a messy and often distasteful part of the human condition. But Gallup didn’t ask about “politics.” It asked respondents about the American system of self-governance, which should be judged not by the fluctuations of the news cycle or the results of elections. The American system of government is predicated upon the world’s oldest functioning constitution. It is a document that has weathered both civil and foreign wars and challenges from competing theories of social organization. It has survived crises of confidence, flawed social experiments, and assaults on basic civil liberties. It is replete with negative and unenumerated rights, which remains a phenomenon that is all but unknown beyond America’s borders.

The American republican system of government was a unique and daring experiment, considering how all prior republics of any appreciable size had failed. And the essential principle of federalism gave rise to an array of political laboratories, all of which are constantly innovating and competing against one another to attract talent and encourage investment.

And in its nearly 244 years, the American political system has yielded a prosperous and free people dedicated to the maximization of opportunity and the fulfillment of individual aspiration. It is a system that privileged civil society over the bonds imposed on people by tribe, manor, and government. It is a system built on compromises, some of which deprived American souls of the full benefits of citizenship. But those compromises also created a system that could one day extend those rights and liberties universally—a mission that will never truly be complete, but it’s also one Americans have never abandoned.

This is a nation that dedicated itself to foreign wars to defeat totalitarianism, surrendering the territory it conquered and dedicating billions to the revivification of its former adversaries. It contained and eventually defeated Communism, fostering the creation of the world’s first truly global marketplace. Both its largesse, and prohibitive military might have given rise to conditions that seemed like a fantasy only a few years ago: the virtual elimination of extreme global poverty and a decrease in the number of fatalities attributable to warfare at the lowest proportional rate in 600 years. It is a system that yielded revolutions in consciousness that produced a political culture dedicated to rapidly remediating the environmental degradation that accompanied industrialization, transforming humanitarianism from an academic preoccupation into a national interest, and sending men to the moon—six times.

Cynicism is not synonymous with wisdom. There are those who would dismiss these accomplishments because they exist alongside American injustices and moral failures. Others project worldliness by looking abroad to political systems that are newer, less resistant to change, and better able to achieve their parochial political objectives. But there is no political system on earth that has proven itself so dedicated to the advancement of liberty—even to the detriment of social cohesion, cultural homogeneity, and political engagement. That’s a true marvel, one of mankind’s greatest achievements. We should enjoy it while it’s here. Because nothing lasts forever, and we will miss it when it’s gone. 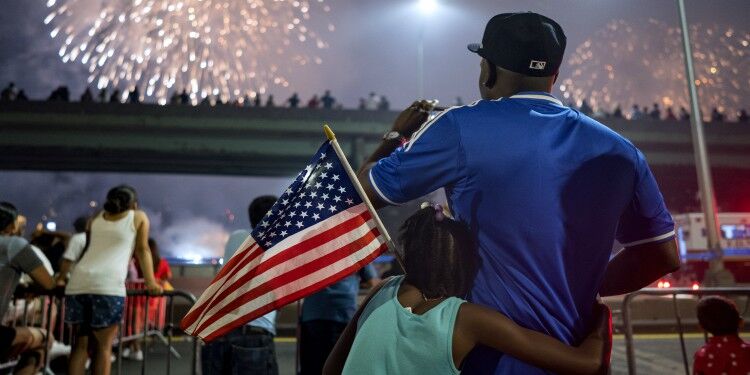