It’s a nice poem, anti-immigration activists have long argued, but we cannot govern this country by sonnet. Thus, border hawks had been able to wiggle their way out of the moral conflict imposed on them by those who believe that the words inscribed at the base of the Statue of Liberty are representative of a national ethos. This escape hatch was closed on Tuesday by Director of the Citizenship and Immigration Services Ken Cuccinelli, who insisted that Emma Lazarus’s ode to the melting pot needed updating. “Give me your tired and your poor,” he said, “who can stand on their own two feet and who will not become a public charge.”

Cuccinelli’s atonal defense of a conceptually sensible push by the White House towards a more merit-based immigration system is indicative of how the administration’s immigration skeptics have spent the last two and a half years sabotaging themselves.

The USCIS director set out to popularize a Trump administration plan to enforce rules that will allow officials to reject green card applications if applicants have used public benefits or have income and education levels that suggest they will likely need them. Administration officials claim they are only enforcing the terms of two bipartisan 1996 laws while their critics insist the White House is exceeding these laws’ terms and ignoring Congress’s original intent. The new guidelines are expected to target over 22 million existing U.S. residents who currently receive benefits like Medicaid, food stamps, and housing assistance, as well as the American citizens who live with them.

The Trump administration claims its efforts to limit low-skilled migration into the U.S. are broadly popular. The White House claims that “73 percent in favor of requiring immigrants to be able to support themselves financially.” Though they don’t reference the poll they cite, it is easy to believe that this sentiment is widely shared in a country with a national identity based on self-reliance. And yet, new polling suggests that the Trump administration’s immigration restrictionism coincides with Americans’ increasing general favorability toward migrants.

A Gallup survey released this week shows that more Americans, even Republicans, favor accepting refugees from global trouble spots. Today, 57 percent of adults polled favor allowing migrants from Central American countries like Honduras to settle in the United States—up by six points from December. That figure includes 85 percent of self-identified Democrats, 58 percent of independents, and nearly a quarter of Republicans—a small percentage, but one that increased by a significant 10 points over the last eight months. “Support for allowing Central American refugees entry is now higher than Gallup has found for most refugee cases it has polled on historically, including Syrian refugees in 2015 as well as stretching back to refugees from the German Holocaust in the 1930s and 40s,” Gallup analyst Justin McCarthy observed.

The Washington Post’s James Hohmann noted that Gallup’s latest survey is indicative of a trend in which Republicans are increasingly (although not overwhelmingly) of the same mind with most Americans when it comes to immigration issues. A Pew Research Center study found that 72 percent of Americans, including 54 percent of self-described Republicans, favor a pathway for undocumented immigrants to stay in the country legally. That’s a modest decline among Republicans from 61 percent in 2017, but not a precipitous collapse that would suggest the president can unilaterally dictate the terms of the immigration debate to his base of support.

Perhaps more compelling, 51 percent of Republicans join the majority of Americans who support providing more foreign assistance to stressed Central American countries to reduce the “push” factors forcing migrants to abandon their homes and make the dangerous trek north. This is nothing short of a rejection of the Trump administration’s policy preferences, which include cutting foreign assistance to the nations that compose the Northern Triangle to punish their governments for failing to stem the migrant tide.

Trump administration’s restrictionism is likely producing a reciprocal reaction in its Democratic and centrist opponents, many of whom increasingly support a looser immigration regime. That would be unremarkable if the White House was convincing enough of its Republican supporters to endorse its vision on immigration and put the president’s opponents in check. But it isn’t. 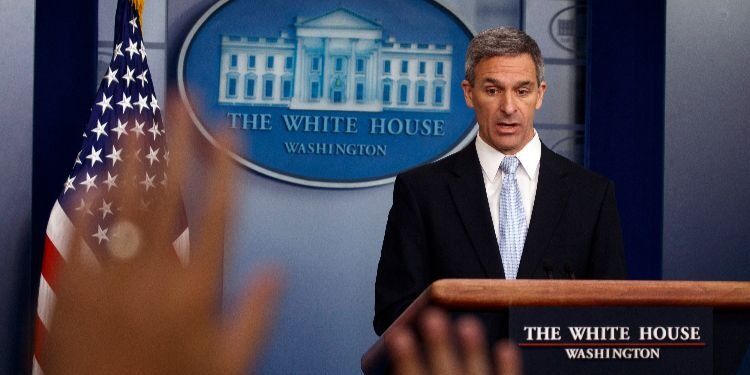