In the space of a few hours on Thursday, two high profile cases of misconduct by political figures were undone. Observers were left with one important conclusion: There’s a big difference between immorality and prosecutable illegality.

Example one: On Thursday, media outlets learned that the Justice Department planned to drop the case against Donald Trump’s first national security adviser, Michael Flynn. The retired United States Army Lieutenant General had pleaded guilty to lying to the FBI about the nature of his contacts with an ambassador for the Russian Federation during the transition period between the Trump and Obama administrations. He began cooperating with the FBI and Robert Mueller’s Special Counsel’s Office shortly thereafter. But the more we learned, the more the case against Flynn appeared tenuous.

As Bloomberg columnist Eli Lake documented, the statements that led investigators to conclude Flynn had misled them were subject to some interpretation. Indeed, former FBI Director James Comey testified that the agents conducting the investigation did not believe they were being deliberately misled. Subsequently released documents revealed that investigators debated whether to leverage the rarely enforced and likely unconstitutional 1799 Logan Act to compel Flynn’s cooperation, or to invoke seldom prosecuted proscriptions on individuals who lobby for a foreign government but fail to register under the Foreign Agents Registration Act. “Flynn was being squeezed for crimes that are rarely, if ever, enforced,” Lake observed. “He relented only under financial pressure and a promise that his son, who worked with him in his consulting group, would not be prosecuted.”

The FBI likely misapplied its leverage in pursuit of a theory of the case not against Flynn but Donald Trump and what were in 2017 his presumed sympathies for odious foreign despots. Flynn was wronged, but that does not mean that he is a blameless figure.

Flynn cavorted with Vladimir Putin and provided Moscow’s propaganda network RT with commentary and, thus, undeserved legitimacy. He lent credence to the ideas promoted by the right’s fringiest and most sordid elements. The lobbying firm on which he served as a principal worked for Turkish strongman Recep Tayyip Erdogan. Flynn himself called for the extradition to Turkey of an exiled cleric living in Pennsylvania—a figure who serves as the Turkish regime’s Leon Trotsky, a seemingly omnipotent villain responsible for most of the regime’s shortcomings and opposition—without disclosing his associations. Worse, Flynn accepted the role of national security adviser without dissolving these ties. Even as he sat in on classified intelligence briefings with then-candidate Trump, these relationships were intact. This is misconduct, plain and simple, and it reflects some terribly bad judgment. But, in the eyes of those who investigated these actions, it was not prosecutable.

Example two: In a unanimous decision by the Supreme Court, the convictions of two conspirators charged in connection with the infamous 2013 plan by Chris Christie administration officials to shut down portions of the George Washington Bridge were overturned. The remanding of these convictions was not the result of the Court discovering some exculpatory conduct on the part of the accused, however, but the determination that the government overreached in its effort to punish the conspirators.

The decision authored by Justice Elana Kagan confirmed most of the well-known and, indeed, shameful details of the case. During Christie’s reelection effort and in the attempt to shore up as much support from New Jersey’s elected officials for the governor as possible, Christie aides William Baroni and Bridget Anne Kelly fixated on one dissenter, Fort Lee Mayor Mark Sokolich. Their effort to punish him for his refusal to back the governor culminated in a plan to conduct a fraudulent traffic study near the Fort Lee-based onramp to the bridge, which would cause tremendous congestion. Subsequent emails retrieved by investigators implicated both Kelly and Baroni in misconduct and they were later convicted of fraud. But that conviction was, the Court found, a misuse of state power.

Those lane closures, though they were conducted for corrupt purposes, constituted “a quintessential exercise of regulatory power.” This was not a scheme “to appropriate the government’s property” sufficient to uphold a conviction under existing fraud statutes. The Court’s tongue-in-cheek decision noted that neither Kelly nor Baroni dug up the roadway and walked away with it. “Nor,” it continued, “did they take the lanes from the Government by converting them to a non-public use.” There was no personal material benefit procured as a result of this scheme.

The relevant fraud statutes and the precedents that have been established in affirming them prohibit the criminalization of “all acts of dishonesty by state and local officials.” To dispense with these parameters would be to provide prosecutors with sweeping new powers not delegated to them by lawmakers.

Again, this conduct was bad but not necessarily criminal—at least, not according to the statute that was applied in this case.

It is surely true that the saturation-level media coverage that both these cases generated contributed to the zeal with which prosecutors approached their targets. In Flynn’s case, he was the dubious and untrustworthy figure through whom actionable intelligence would flow to the president. “Bridgegate” blotted out the sun because, in the words of the reporters who covered it, Christie was the “front-runner for the nomination in 2016” and “national Democrats are trying to knock back any potential presidential ambitions he might have.” If those imperatives contributed to an atmosphere that led prosecutors to overstep their bounds, it’s understandable (though not excusable). Similarly, the conduct that led to what was arguably the persecution of Flynn, Baroni, and Kelly was and remains reprehensible. But the state will not be meting out their punishments.

Not all unethical behavior can or should be the province of the courts. That’s why it’s incumbent on the American public to elevate to high office public officials of good character and judgment. It’s too much to ask that we as a nation learn this valuable lesson, but it’s right there, obvious to all who are willing to partake of it. 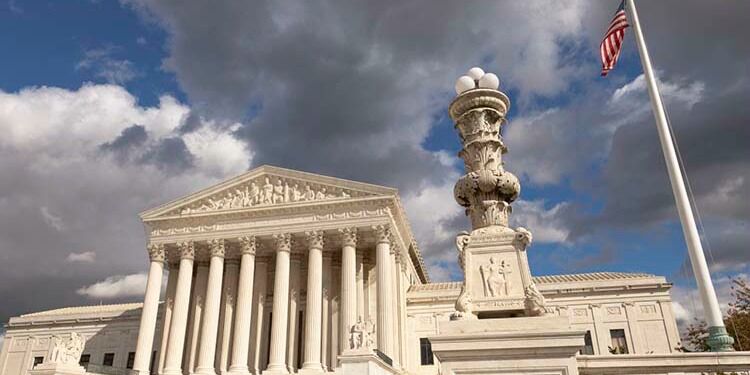