While in Germany this week, Barack Obama had the opportunity to denounce the violence and extremism exhibited by some of the thousands of anti-Trump demonstrators who have flooded American streets since the election. He declined.

Alongside Chancellor Angela Merkel on Thursday, the president passed on the opportunity to condemn the violent members of what have admittedly been mostly peaceful protests against Trump. Preferring instead to take a lofty philosophical view that this spasm of anxiety from America’s liberals was a generally healthy thing, Obama instead lectured to his successor about the value of America’s freedom of political expression.

“I suspect that there’s not a president in our history that hasn’t been subject to these protests,” Obama said. “So, I would not advise people who feel strongly or who are concerned about some of the issues that have been raised during the course of the campaign, I wouldn’t advise them to be silent.” The president closed by denouncing the demonization of opposing views. That was a special treat for Republicans of whom he had previously accused of allying with “death to America”-chanting Iranian hardliners.

Notice, the president was not asked whether the right of freedom of assembly in America had been repealed, although that was the question he chose to answer. By contrast, Donald Trump was nowhere near as evasive when he was pressed to respond to reports regarding acts of bigoted violence and vandalism conducted in his name. “I am so saddened to hear that, and I say stop it if it helps,” Trump told his interlocutor when informed of racist vandalism committed allegedly by his supporters. “I will say this, and I’ll say it right to the camera: stop it.”

There have been acts of violence from Trump’s opponents in the wake of his election. There were documented assaults on Trump supporters, violent riots in the streets of cities like Indianapolis and Portland, Oregon, and shootings. There have been mass arrests at protests and assaults on law enforcement. These are not disputable, and it was incumbent on Barack Obama to call for calm. But he did nothing.

Among the most regrettable aspects of 2016 has been national media’s failure to more thoroughly examine local reports of violent, organized attacks on Trump rally-goers. Because the president-elect himself found whipping up near-riotous sentiment among his fans a useful tool, and he frequently used the press as a foil, the coverage of anti-Trump violence was muted. But the kind of attacks America witnessed, which took place over the course of several weeks and were spread across the country, don’t happen in a vacuum.

Some, like Senator Ben Sasse, have had the temerity to notice this wave of attacks and to question the modest level of reporting on the phenomenon. The senator pondered whether some of these demonstrators were “paid” for their services, which is no idle thought. Democratic operatives were recently caught on camera bragging about fomenting at least one violent anti-Trump riot, in which several were arrested, and two police officers were assaulted. The video prompted one resignation and another summary dismissal, so Sasse’s question is not entirely conspiratorial. For his curiosity, he was treated to a withering barrage of dismissive, insulting snark from some who consider themselves members of the vaunted Fourth Estate.

“Sasse’s question is a bit like asking why we don’t have more reporting on the fact that the moon is preparing a superweapon with which to annex Antarctica,” jeered the Washington Post’s Philip Bump.  He stepped back from his fatuous and self-indulgent mockery just long enough to admit that he could not “say definitively that no person received any money to protest Trump, because I haven’t investigated every single person who attended every single rally.” That was just a brief aside. Ridicule suffices for argumentation on the left, and Bump’s contemptuous comedy act was widely praised by the usual cast of intellectually cloistered liberals.

Barack Obama could have broken some of this unearned self-satisfaction on the part of his ideological allies, but he refused. It was a moment of dereliction and one for which his comrades on the left will not benefit. Considering the damage his presidency has done to the party of which he was once touted as a savior, though, this is just a scratch. 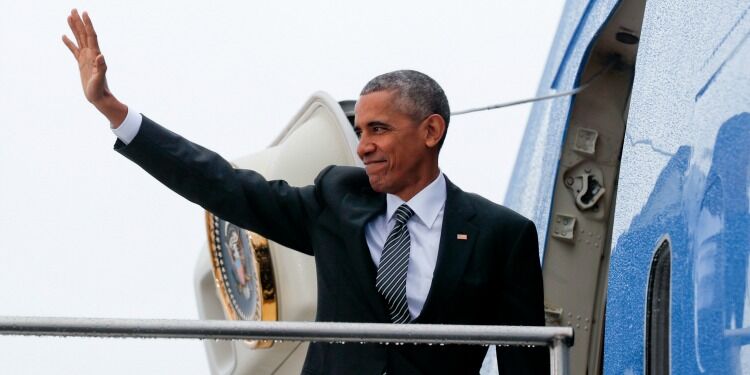