Barack Obama remains a fortunate president, insofar as the press is still invested in his success. Or, at least, in muting outrage over his failures. Any other American president who, while prosecuting an unpopular war, saw a series of critical national security advisors resign would probably generate some rather unfavorable coverage.

On September 22, Barack Obama’s hand-selected advisor coordinating global efforts to combat the Islamic State in Syria and Iraq, retired General John Allen, announced his intention to resign the post. Within a week, Evelyn Farkas, deputy assistant secretary of defense for Russia, Ukraine, and Eurasia, also handed in her resignation. Given the ongoing wars in Europe and the Middle East into which the West is increasingly committing resources, these resignations are alarming.

In general, the flight of Obama’s war advisors from his administration went unnoticed by all but the keenest of observers. Both Allen and Farkas have determined, however, to make it difficult for the public to ignore their warnings. As both these advisors head for the exits, they and others are seeking exculpation for the increasing tensions and accelerating failures in their respective theaters of operations. What’s more, they are shifting blame toward the White House.

“ISIS is losing,” Allen insisted in July. Weeks later, as new cities fell to the terrorist organization and amid a scandal involving falsified intelligence designed to create the impression for the president that a losing war was being won, Allen’s assurances seemed utterly unfounded. He insists that his resignation was prompted by his wife’s ailing health. She suffers from an auto-immune disease, and there is no reason to doubt General Allen’s sincerity. His resignation came, however, amid news that Barack Obama’s approach to the Syrian crisis – the training and equipping of indigenous rebel groups – had utterly failed. Within weeks, the White House reluctantly agreed to insert U.S Special Forces into the Syrian theater. Allen’s resignation also coincided with Russian and Iranian military intervention into the Syrian war, reshaping that conflict from a Middle Eastern competition into a global proxy conflict.

Furthermore, Bloomberg reported that Allen unsuccessfully sought to convince the White House earlier in his tenure to insert tactical air control teams on the ground in Iraq to more accurately select targets. “Allen also tried several times to convince the White House to agree to Turkish demands for a civilian protection zone in Syria, to no avail,” that report read. As he prepares to surrender his role, Allen is spending more time worrying about the Russians than ISIS. “One had hoped that the Russians would bear down on Daesh as they said they would and publicly commit themselves to transition away from Assad,” Allen told the New York Times. “None of those things happened.” In testimony before Congress, Allen warned that the crisis Russia precipitated in Syria will only force more refugees to pour into Turkey, Greece, and ultimately into the West, intensifying the political crisis on the continent. Which brings us to Europe.

“We need more high-level attention being paid to the countries that feel directly threatened by Russia,” Farkas told reporters as she, too, heads for the exits. Like Allen, the point person for the Pentagon on matters related to the new war sparked by Russia’s invasion of southern Ukraine insisted that her resignation was not prompted by policy differences with the White House, but she then went on to outline a number of them.

Farkas said that she unsuccessfully pushed the administration to approve “lethal, defensive assistance to Ukraine, primarily anti-tank weapons.” But lethal aid never came for Ukrainian resistance fighters. When training and material finally began pouring into the country, it was too late to reverse the facts on the ground.

Farkas’ assessment of what the future holds for Europe was a bleak one. “I wouldn’t be surprised if he tried to counter-balance us elsewhere,” she said, even to the point of noting that an emboldened Vladimir Putin might soon feel obliged to “test NATO.” In a final parting shot at the president, Farkas observed that Barack Obama’s reliance on an ever-tightening network of financial sanctions designed compel Putin to change his behavior has failed. “I do think that we need to, unfortunately, do a better job of really understanding what Russia and the Kremlin’s interests are,” she said. “They have, thus far, prioritized their security interests over their economic interests.”

The picture being painted by Obama’s soon-to-be-former advisors is one of a president paralyzed with indecision. He is being increasingly tested by the world’s bad actors and revisionist powers and has little resolve to act early and decisively. That is an impression that was confirmed by Reuters in October. They reported that the president was similarly incapacitated by the People’s Republic of China’s brazen decision to create new islands that would function as naval and air bases in the middle of the contested Spratly Islands late last year.

As early as May, well before those island bases were completed, Defense Secretary Ashton Carter requested the Pentagon draw up options to respond to this challenge to American global maritime dominance. According to the Pentagon officials who spoke with Reuters anonymously, Obama invited an “intense, prolonged” and “unnecessary” internal debate over how to respond to this provocation, and only reluctantly agreed in October to dispatch one destroyer to sail within 12 nautical miles of one of Beijing’s new island bases.

“The Pentagon and U.S. military officials had been ready for months to carry out patrols, but ran into ‘repeated stalling’ from the White House and State Department, said one U.S. defense official, who requested anonymity,” Reuters reported.

As the fruits of Barack Obama’s feckless approach to foreign affairs ripen, and the conflicts that he sought to resolve only deteriorate, the president’s advisors are increasingly training their fire on him. In the final year of this administration, that trend is only likely to intensify. If the Obama era is going to be remembered as the period when the seeds of chaos and conflict were sown, surely more creatures of Washington are going to emerge to make sure that they do not take the blame for sowing them. A president who has so perfected the art of throwing others under the bus is about to get the same treatment. 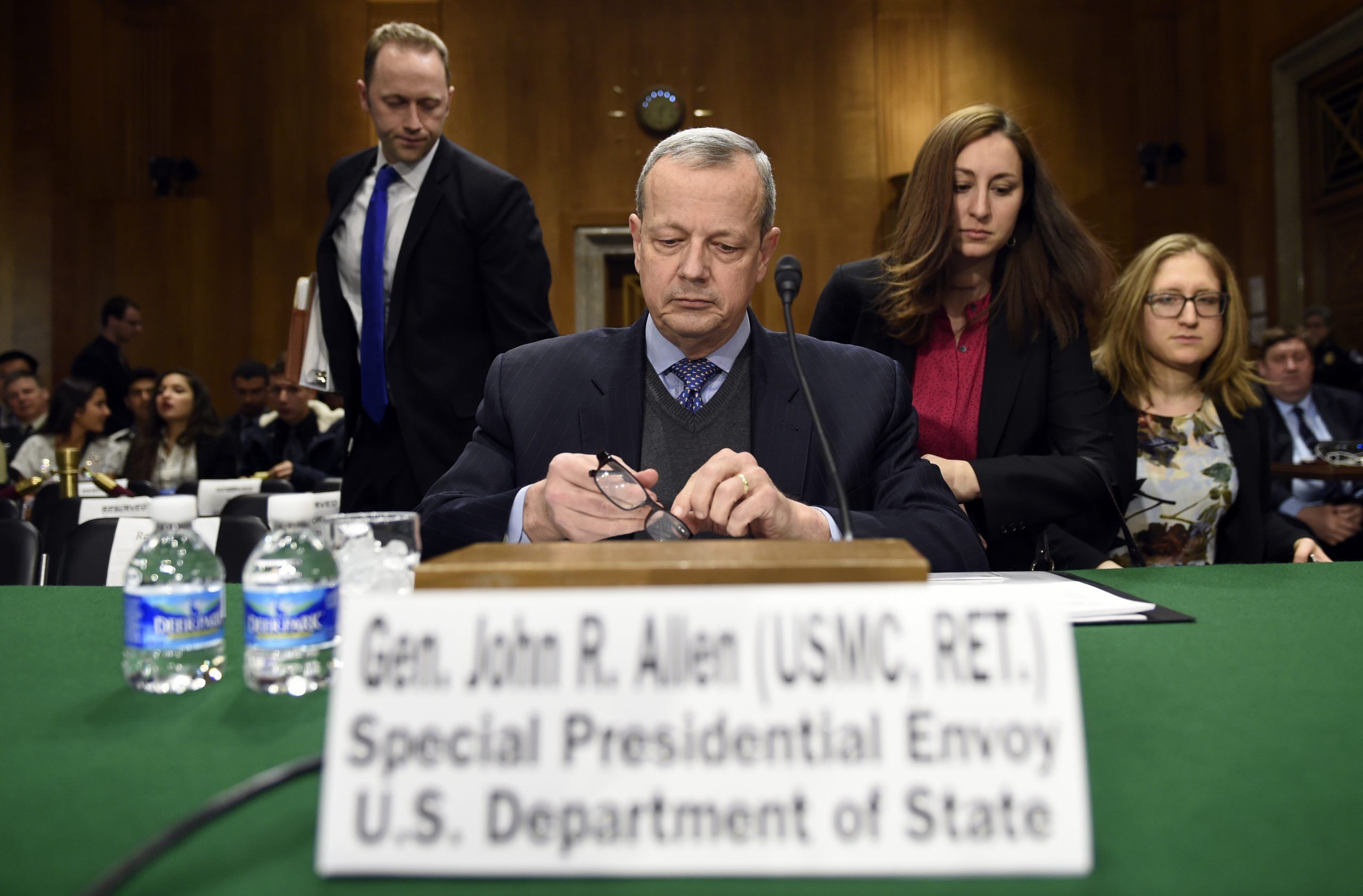