Senator Charles Grassley just can’t win. He and the Senate Judiciary Committee’s Republicans bent over backward to appear deferential to Brett Kavanaugh’s accuser. They offered Christine Blasey Ford the opportunity to testify in the setting of her choice; at her home in California or in Washington, in a closed or public hearing, before members of Congress or their staff. They appointed a female attorney to avoid the appearance of politics or intimidating the witness when Ford opted to testify in open session. They allowed Ford to cite as evidence her therapist’s notes and health records even though those documents had not been entered into evidence, effectively taking her word for it. For all this, Republicans have been accused of deliberately attempting to silence the victim and muddy the waters.

But there comes a time when the concessions must end. That time came on Wednesday afternoon. After weeks of requests to Ford’s team of attorneys requesting the documents that their client repeatedly cited as evidence in support of her claims, the Judiciary Chairman finally received a reply: No.

Her attorneys insisted they would only turn over the requested documents to the FBI—in essence, holding the documents hostage to compel federal investigators to interview their client. But Congress, too, is an investigative body. It has subpoena power and those witnesses who lie to lawmakers, whether under oath or not, can face criminal penalties. There are consequences associated with blowing off a request from congressional investigators, the most lenient of which is that they simply deem your claims to have been litigated to the extent possible and move on.

Despite the fevered pronouncements of Democrats who insist that Kavanaugh’s lawyerly and evasive answers to Judicial Committee members constitute perjury (a claim that they have stopped short of suggesting merits criminal prosecution), Kavanaugh has cooperated with congressional investigators at every step of the way. The same cannot be said of his accuser.

So, with everyone’s cards on the table, the supplemental FBI investigation into sexual assault claims complete, the Judiciary Committee having sent Kavanaugh’s nomination to the Senate floor with a positive recommendation, Senate Majority Leader Mitch McConnell scheduled a vote.

Some still believe the Senate GOP’s approach to this process has been callous and dismissive of the evidence to which they are privy. If so, they are surely outraged with how Minnesota’s Democrats navigated the allegations against outgoing Congressman and state attorney general candidate Keith Ellison, no?

This week, an attorney hired by Minnesota’s Democratic-Farmer-Labor Party all but dismissed the claim that Ellison had physically abused his ex-girlfriend precisely because the woman issuing the allegation refused to provide them with substantiating evidence. Ellison’s accuser, Karen Monahan, insists that she has a cellphone video that proves the congressman assaulted her during an argument, but her rationale for keeping that video private keeps changing.

The New York Times reported in August that Monahan told CNN journalists she had lost the video, but she wrote on a Facebook post that she would not release the tape “because victims should not be forced to prove their claims.” Shortly after that, Monahan told local police that the video was deleted from her computer after it was hacked.

The Associated Press obtained a copy of the Democratic attorney’s report on the investigation into Monahan’s assault claims, which showed that Ellison’s accuser never got her story straight. The video was, according to the accuser, was either on a “USB drive in storage,” entirely “lost,” or being withheld because it would be “too embarrassing and traumatic to release it.”

Whatever anyone makes of Monahan’s shifting assertions, the bottom line for Minnesota Democrats is clear: these criminal allegations cannot be substantiated by an alleged victim’s testimony alone.

I have no use for Keith Ellison. He is a radical, a conspiracy theorist, a friend to anti-Semites, and a proponent of policies that I believe would make America and the world less safe. But he is entitled to justice just like any other American faced with a criminal allegation, even if it isn’t a prosecutable claim. Just as Minnesota’s Democrats had no choice but to defer to the rights of the accused amid that kind of ambiguity, so, too, must congressional Republicans. 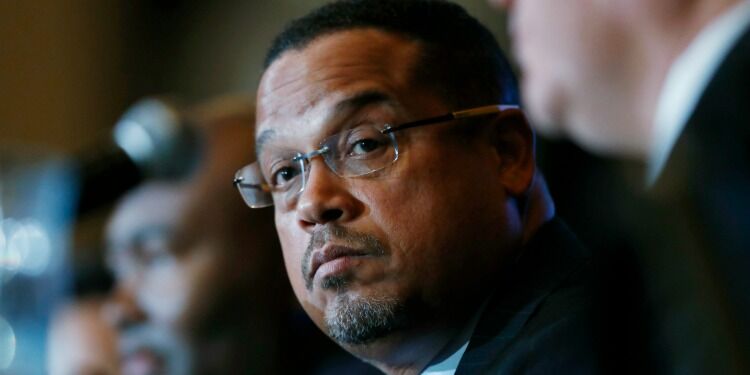